The Illinois toddler cut in a playground booby-trapped with straight-edged razors glued to monkey bars and slides says it felt like someone “cracked open&... 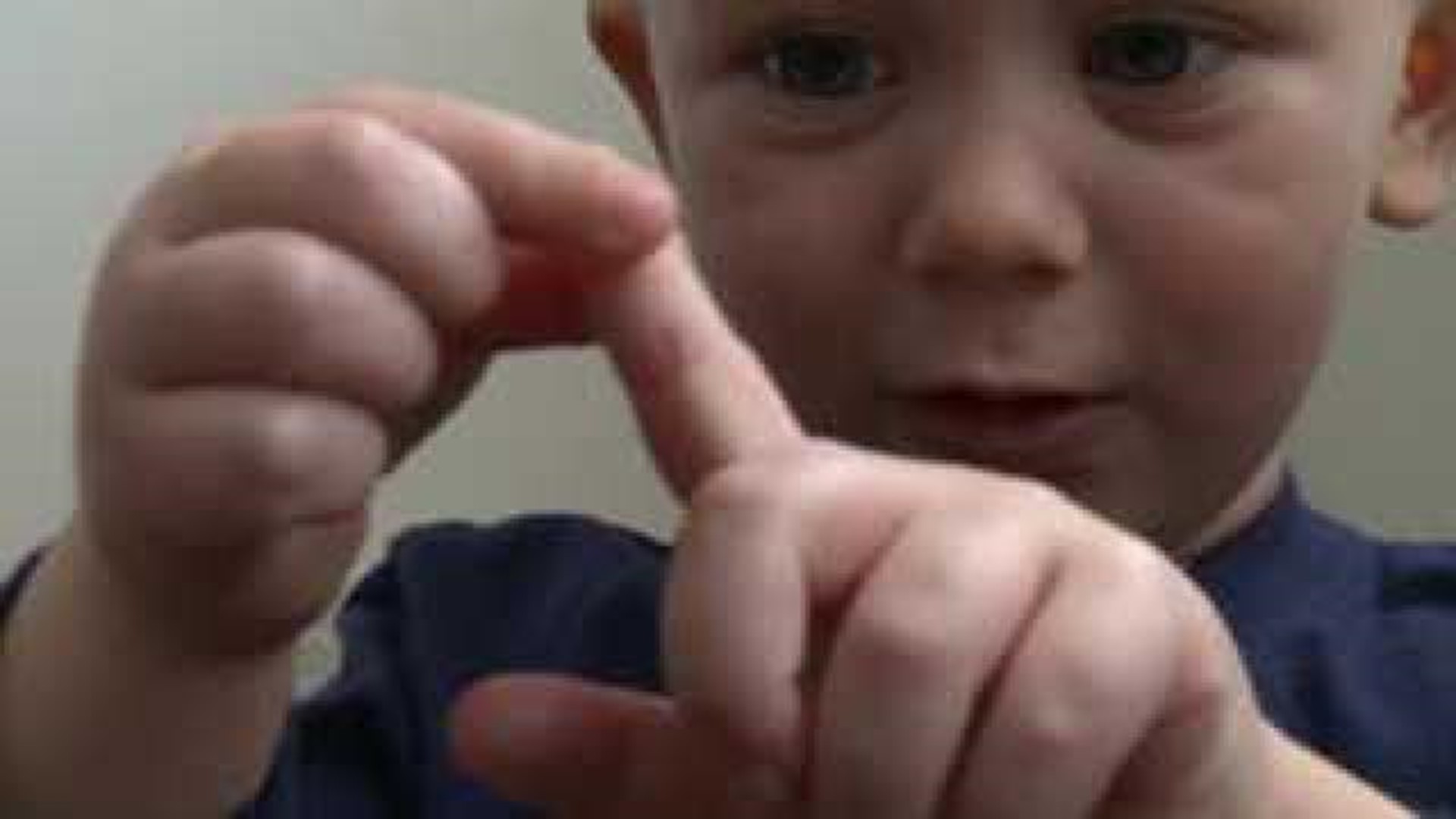 The Illinois toddler cut in a playground booby-trapped with straight-edged razors glued to monkey bars and slides says it felt like someone "cracked open" his finger.

Two-year-old Madden Jenks was on his dad Jayson's shoulders during an outing at Millenium Park in East Moline, pretending to be a big boy on the monkey bars, when he was hurt.

"He said, 'Ouch.' Jayson put him down. He started bleeding and we looked and they were everywhere. The razor blades were everywhere," said Madden's mom, Sally Jenks.

"They were on the monkey bars, the rock-climbing wall, the fire pole, the bottom of the slide. Just everywhere," she said.

The little boy's cut bled a lot, but is healing well the day after. He says it felt like his finger was "cracked open " and it "hurt."

It could have been much worse.

"All the razor blades were placed up, so when you grabbed them it would hit their wrists or your hands," said Madden's dad, Jayson Kenney.  He called the plot disturbing and disgusting.

"It's pretty sick. Psychotic. Luckily, it wasn't deeper. He wasn't old enough to put his weight on the monkey bars," Kenney said.  "What if he didn't cut his hand and he slit his wrist?"

While his parents are shuddering at the "what if"s" and "whys," police are trying to find out "who" and are taking fingerprints of evidence found at the park to pursue possible leads.

"I don't know why they would think about hurting children. Why would that be something to come into your mind, to put razor blades at a children's park?" she said.