Billboards are up to try and solicit new tips in the case of a 17-year old boy killed in a hit-and-run accident on Interstate 88 in March. The parents of Emilio... 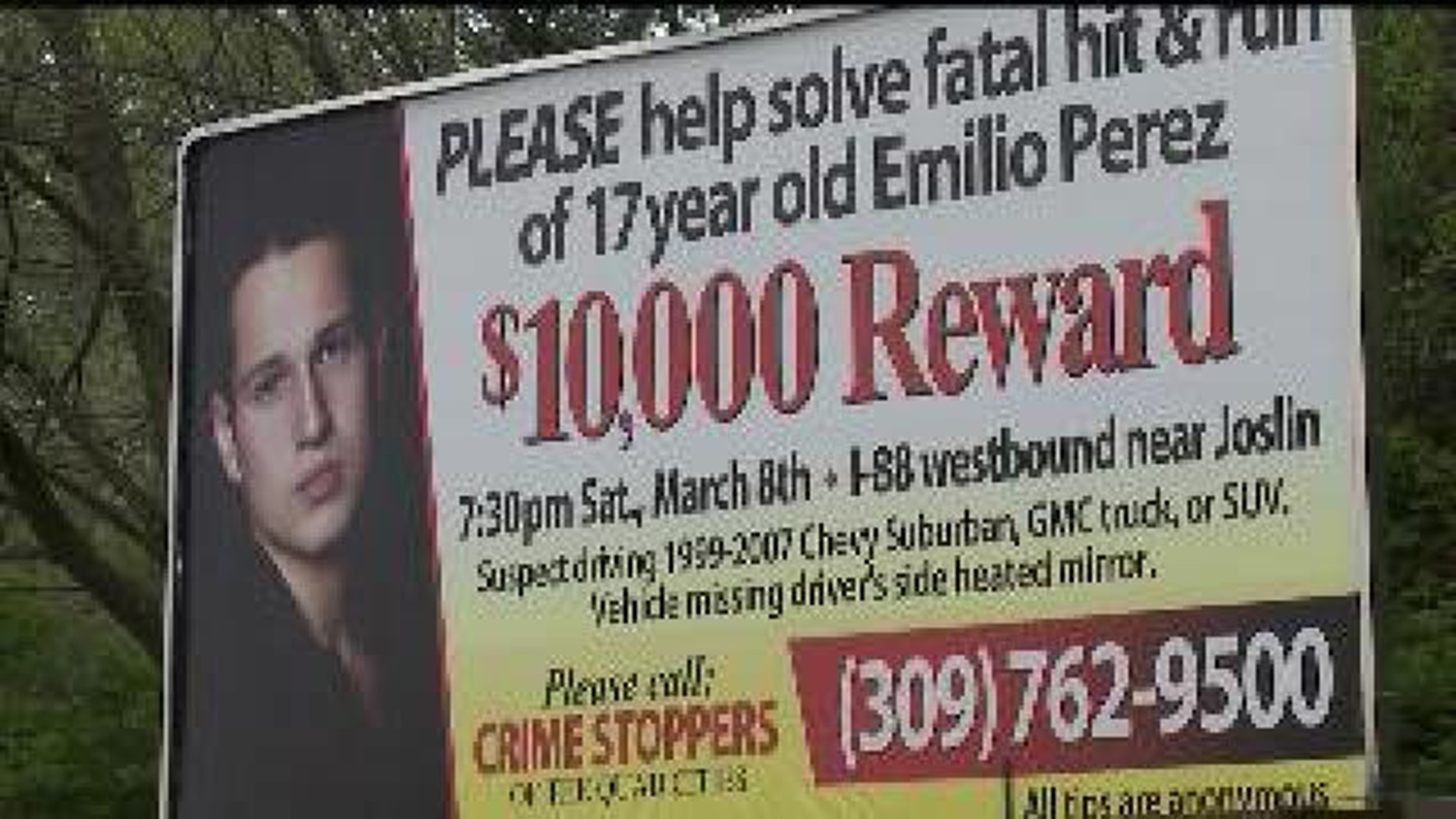 Billboards are up to try and solicit new tips in the case of a 17-year old boy killed in a hit-and-run accident on Interstate 88 in March.

The parents of Emilio Perez are hoping the signs offering a $10,000 dollar reward pay off in their search for answers of what happened that night.

"We don't know what happened that evening, why somebody chose to drive away and still choosing not to come forward," said Al Perez, Emilio's father.

"Closure's the wrong word. I don't know if this will bring closure. That's my son, prior to this there's nothing in this world I wouldn't have done for him, nothing's changed now. I owe this to my son as a father," he said through tears.

The teen was struck and killed while walking along the shoulder after running out of gas. He lived with his parents in the Chicago suburb of Villa Park. He was an honors student, football player, wrestler and president of the French Club at Willowbrook High School.

Since the March 8th accident, the couple has made several treks to the Quad Cities, appealing to the public for any information that may help find the hit and run driver.

"We can't give up, people say how long do you go with this? How can we stop? How can we until we know, we can't just give up," said Lauren Perez. "It was an accident, but not coming forward is wrong and we deserve them to come forward. Not to punish them, but so we know what happened."

Illinois State Police have previously said the vehicle involved may have been a Chevy or GMC truck or SUV, based on a side mirror found near the scene.

Investigators say tips, even information that may seem insignificant, could help solve the case.

"It's critical and we continue to get those (tips) and it's efforts like this that will help us do it," said Special Agent Brian Masters with the ISP.

Crimestoppers is offering a $1,000 reward, the family has posted another $9,000. They have also paid for the billboards now up in Moline, East Moline, and Davenport. The couple acknowledges the driver could have been driving cross country with no local ties, but say their quest for clues starts here.

"It's a plea. A plea to the community, a plea to parents like Lauren and me. Someone knows something," Mr. Perez said.

"It was a wonderful life cut short, so much to live for, so many dreams."

Anyone with information can call the Illinois State Police or Quad City Crimestoppers.