Overnight I-74 construction is keeping some residents awake in Moline

Construction is keeping some residents in Moline awake at night, but IDOT leaders say the nighttime work is a “necessary evil.” 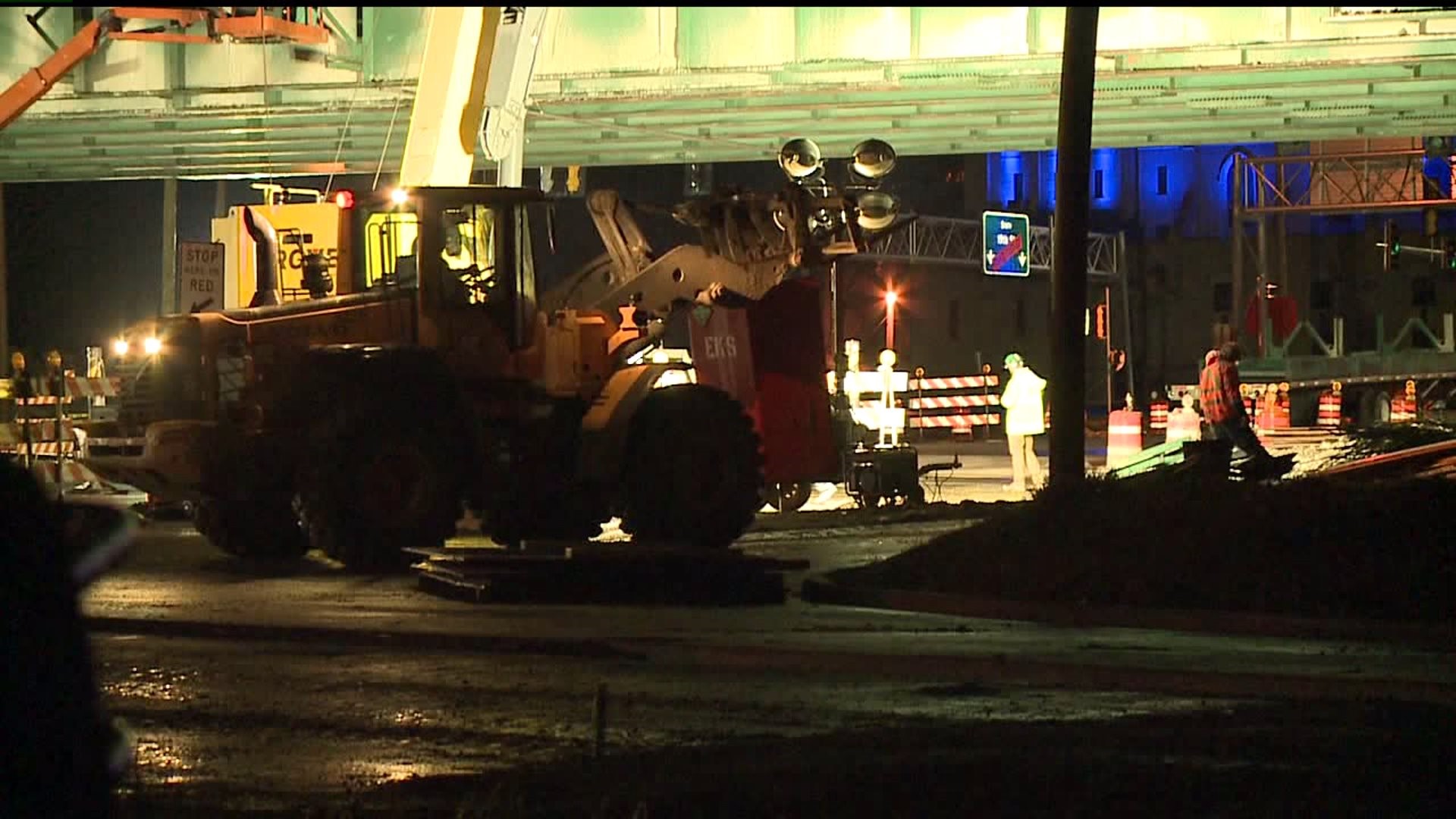 Illinois Department of Transportation (IDOT) leaders say the next four to six weeks will be spent removing overpass structures from the I-74 Westbound lanes approaching the existing bridge heading towards Iowa.

They say its a loud process that must be done at night.

"About eight o'clock at night until about three o'clock in the morning, there is just a loud banging noise. It is like shaking our house," said Kristin Stock, a Moline resident who has a bedroom that overlooks I-74 from 22nd Street.

Stock says the noise is so loud she is often kept awake at night. Her 11-week-old infant is startled and her 8-year-old son is unable to fall asleep.

"I just think it’s an unreasonable time, especially during the week when you’ve got children going to school, people going to work," said Stock who worries about her kids. "He has homework to do, he has testing to do, he has to be awake during school hours. He cant fall sleep."

News 8 reached out to city leaders, who unanimously voted during a council meeting to allow a special ordinance granting a variance to Chapter 21, "Nuisances in General," of the Moline Code of Ordinances, Section 21-1100 (18), to allow the overnight construction.

"In certain areas and aspects of the construction, you’re going to have flying debris. So, to do that safely, that’s why were doing some of this work at nighttime with minimal lane closures and minimal impacts to the traveling public," said Ryan Hippen, Construction Field Engineer with the Illinois DOT. "I would ask (the residents) for their patience and understanding as we progress through these early stages of the demo work here in the project."

Hippen said only one or two more nights of extremely loud construction were expected after our interview on April 9.

He said crews would spend the next four to six weeks removing the structures.

However, in Spring 2020, crews will need to return to the same areas and preform similar tasks on Eastbound lanes.

"As a whole, by doing this work at nighttime, it minimizes our impacts, allows us to do it safely, and it helps the schedule," said Hippen.

The original timeline for the project was seven years. The completion of the new river bridge is now expected to happen in just three and a half years.

For Kristin Stock and her family, the noise has created a miserable reality.

But IDOT leaders say there is not much they can do.

"Nighttime work, its loud, it’s a problem to deal with. I sympathize with them," said Hippen.

A call for give-and-take in Moline.

"I know that these construction workers are working really, really hard to get this done, but its just got to be a different time that they can work," said Stock.