People in Orion kicked off a week full of Veteran’s Day events with a service honoring those who have served. 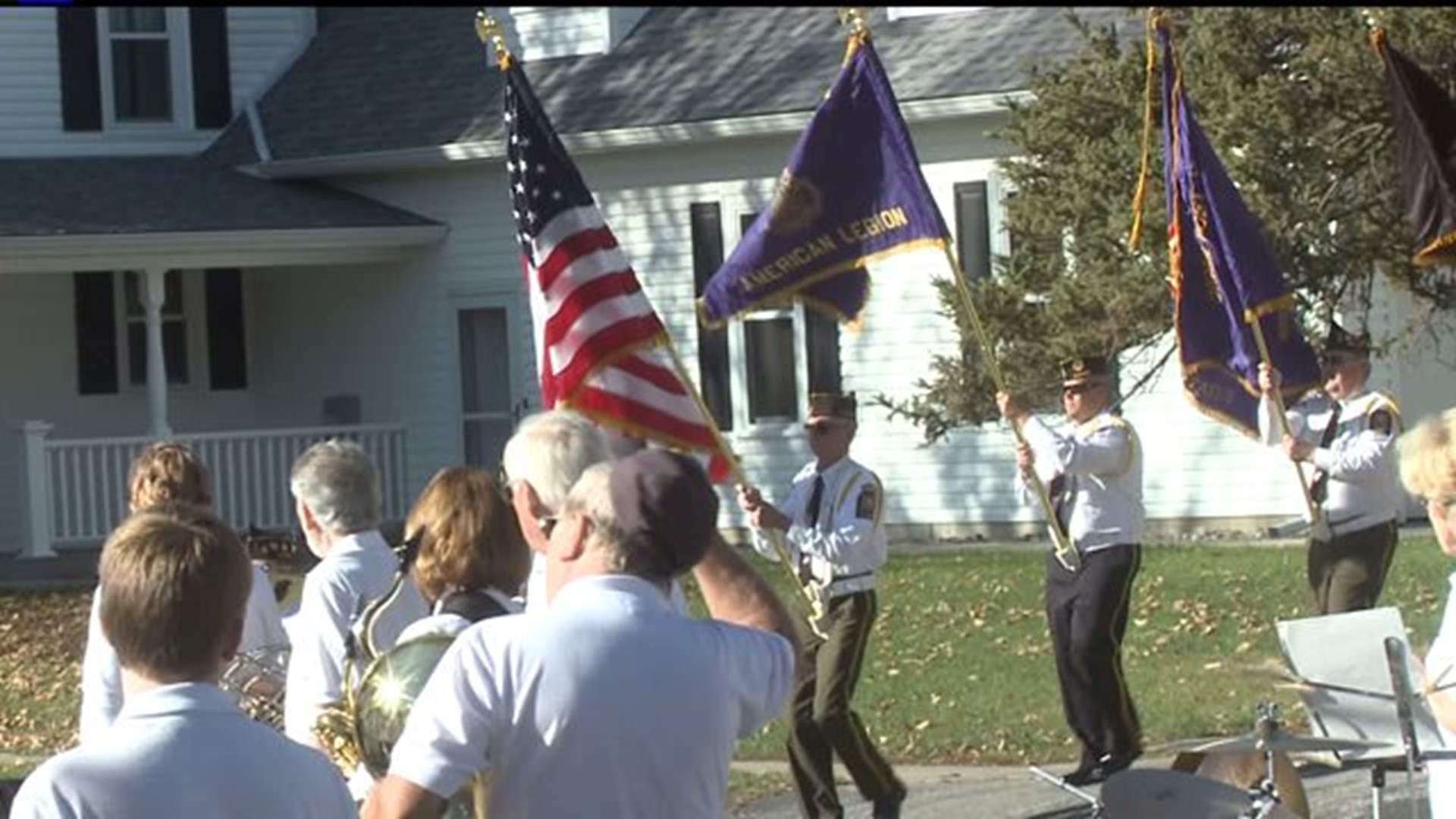 ORION, Illinois - People in Orion kicked off a week full of Veteran's Day events with a service honoring those who have served.

Dozens of people picked out a spot in Orion Central Park to pay tribute to those who have served and are currently serving in the Armed Forces. The local VFW and American Legion members organized the event, which included a performance from the Orion Community Band and a speaker from the Rock Island Arsenal. Organizers say they're proud of the community for coming together to honor area veterans.

"We seem to have a great turn out. Orion is an extremely patriotic town, and they've supported us through all the veterans projects that we've done here. They're the ones that come, and people come from out of town sometimes, because they're interested in paying tribute," George Rose with Orion VFW Post 143 said.

Speakers from the Rock Island Arsenal will be traveling throughout the Quad Cities leading up to Veterans Day to attend many of the other city festivities.