Fuller has been with the Davenport Police Department for 15 years. 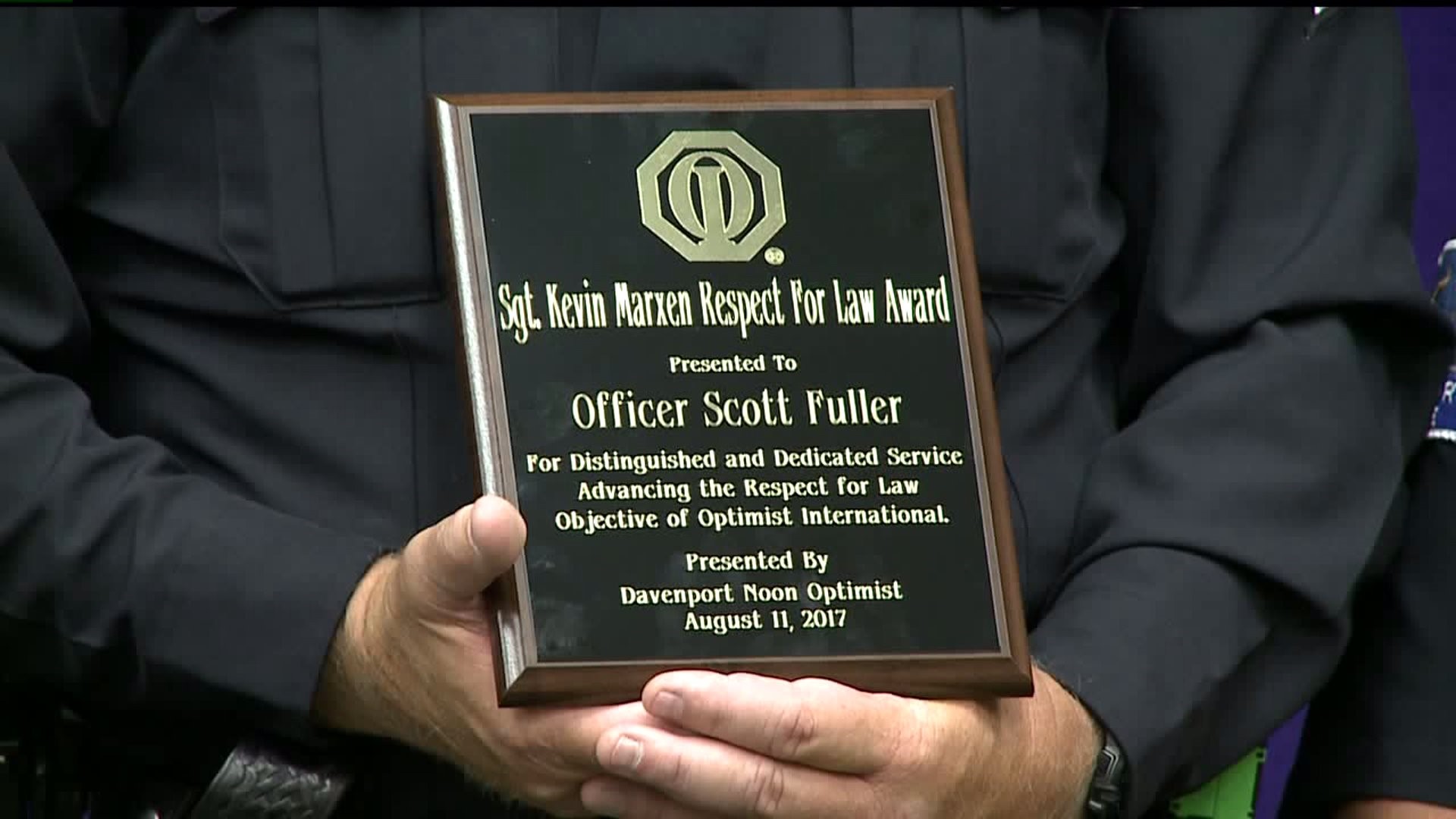 DAVENPORT -- A Davenport Police Officer was honored for his service today.

The Davenport Optimist Club handed out the award to Fuller, who was chosen for his work in the Goose Creek neighborhood.

"What I try to do every day is make sure I include as many people when I go to Goose Creek and let them know I am not the bad guy, I am here to help them," said Fuller, "but they have to realize too that if bad choices or bad decisions are made there are consequences for that."

The Police Chief says he can always count on Fuller to do his job in a timely and thoughtful way.

Fuller has been with the Davenport Police Department for 15 years.