One on One with Iowa Gov. Terry Branstad

Gov. Branstad sat down with News 8’s Jim Mertens for a one-on-one interview after the Governor delivered his “Condition of the State” address ...

DAVENPORT, Iowa – Gov. Terry Branstad says he thinks he’s leaving Iowa in good shape as he prepares to depart from the state to serve as the U.S. Ambassador to China.

Gov. Branstad sat down with News 8’s Jim Mertens for a one-on-one interview after the Governor delivered his “Condition of the State” address to the Quad Cities Chamber of Commerce at the RiverCenter in Davenport.

Gov Branstad says it may be time for lawmakers to undertake the state’s education system, to look at funding disparities and other issues.

“The school aid formula is a huge, expensive problem,” said the Governor.  “So it will probably have to be done over a period of years.”

Yet he sees some issues, like the Davenport School District’s complaints about per pupil funding disparities, as problems that can be resolved.

“There are a couple of issues that I hope the Legislature can begin to address hopefully before they adjourn this year.” 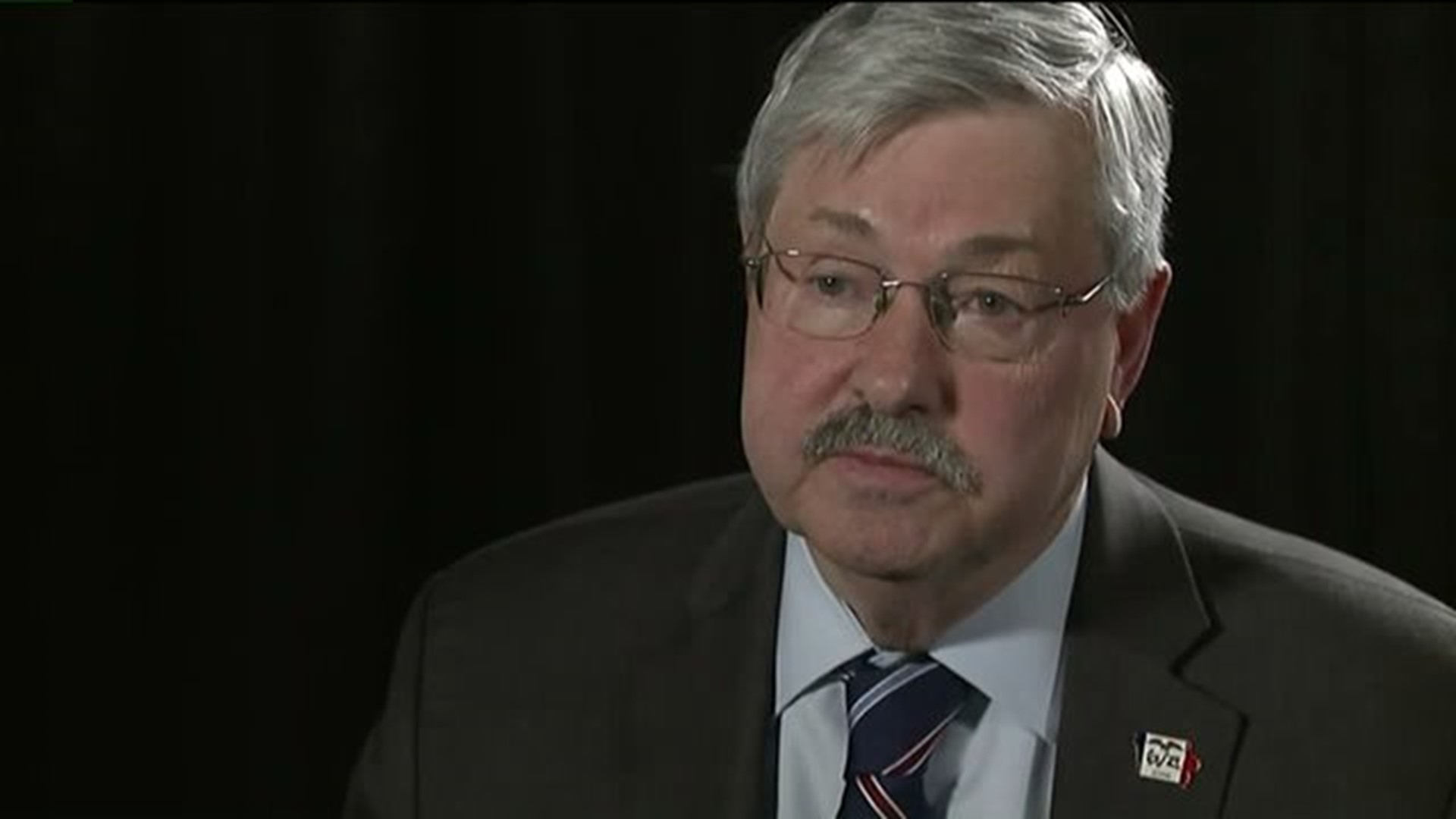 The most contentious issue in Iowa is the Republican-led changes in collective bargaining for Iowa's unionized public employees.  New legislation was approved in the Legislature that mirror's Wisconsin overhaul of its employee union bargaining powers.

"I hope we can do the same thing in Iowa," says Branstad.

"The unions are the most powerful special interest group in Iowa," complains the Governor.

Gov Branstad says Iowa's revisions will save millions of dollars in health care costs that can be used to re-invest in the state. 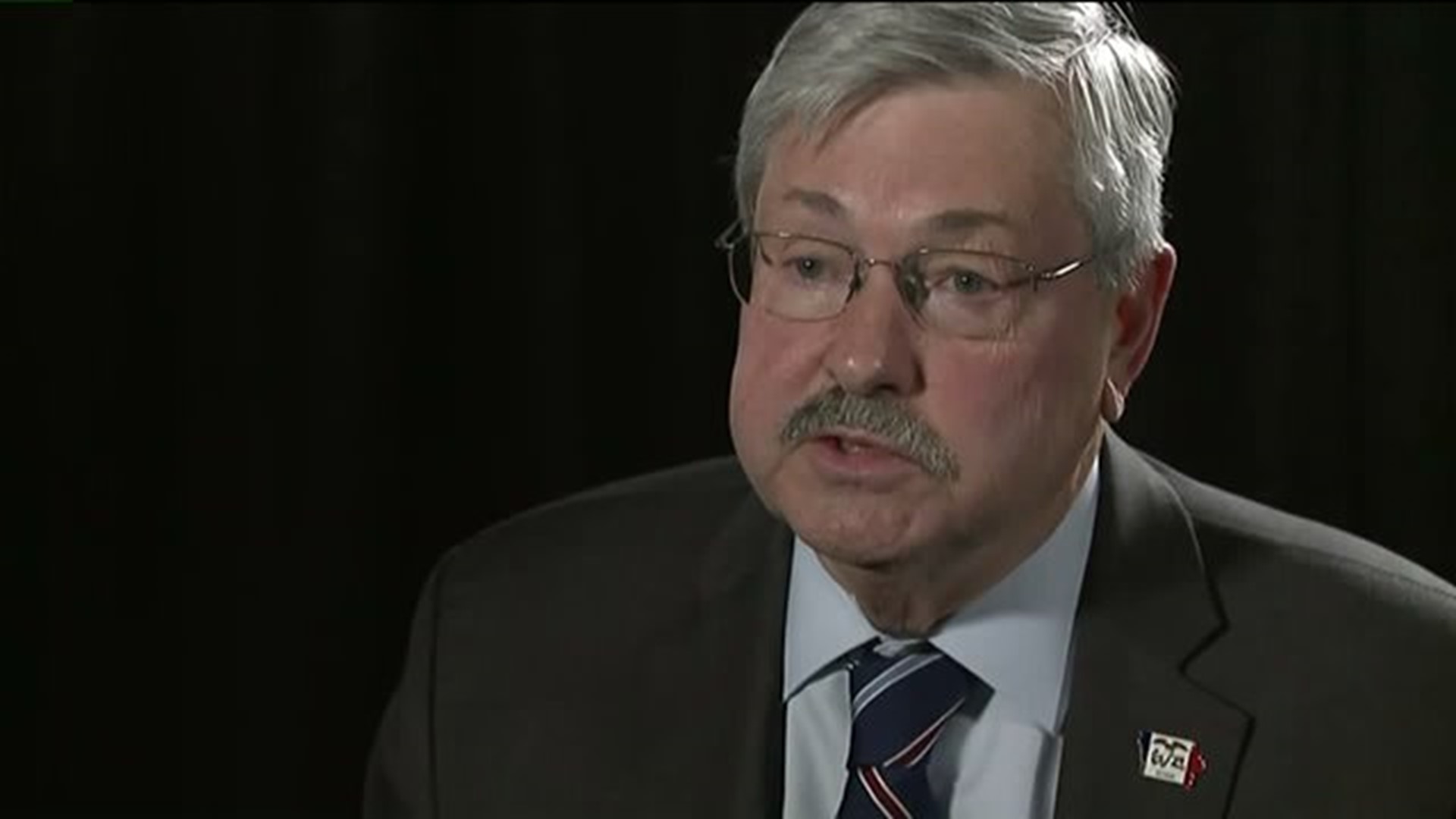 Gov. Branstad will leave a state that's more red than when he started his latest term as State Executive.  Republicans control the Governor's mansion, both houses of the Legislature, and both seats in the U.S. Senate.

Gov Branstad highlights his longstanding friendship with Chinese President Xi Jinping as a key asset as he prepares to become America's new Ambassador to China (he says he's submitted the necessary paperwork but has not heard when U.S. Senate confirmation hearings could be scheduled).

But when it comes to China, his tenure as Governor has been built on relationship building and trade expansions.  As Ambassador, it may be much more confrontational with a country President Donald Trump has accused of currency manipulation and aggression in the South China Sea.

The Governor couldn't talk specifics before his hearings, but he says he'll keep Iowa in mind when it comes to jobs and trade.

"I hope I can make a real difference." 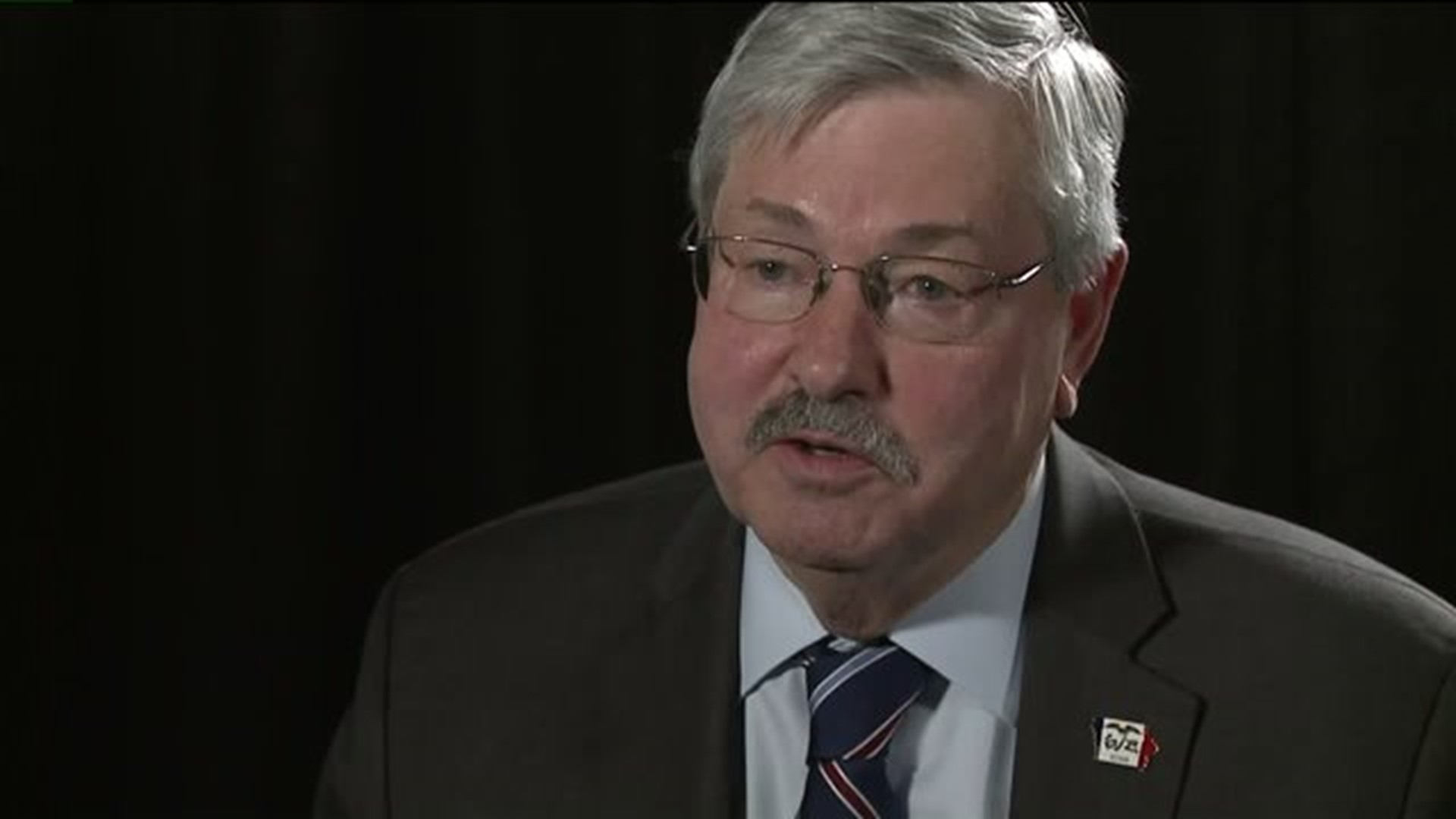 Describing himself as an Iowa farm boy, Gov. Branstad will face a culture change when he moves to the U.S. Embassy in Beijing.

But he looks forward to visiting every Chinese province to better understand the people and the culture.  He wants to see the Terracotta Army and the Yangtze River.

"It's going to be an exciting new adventure." 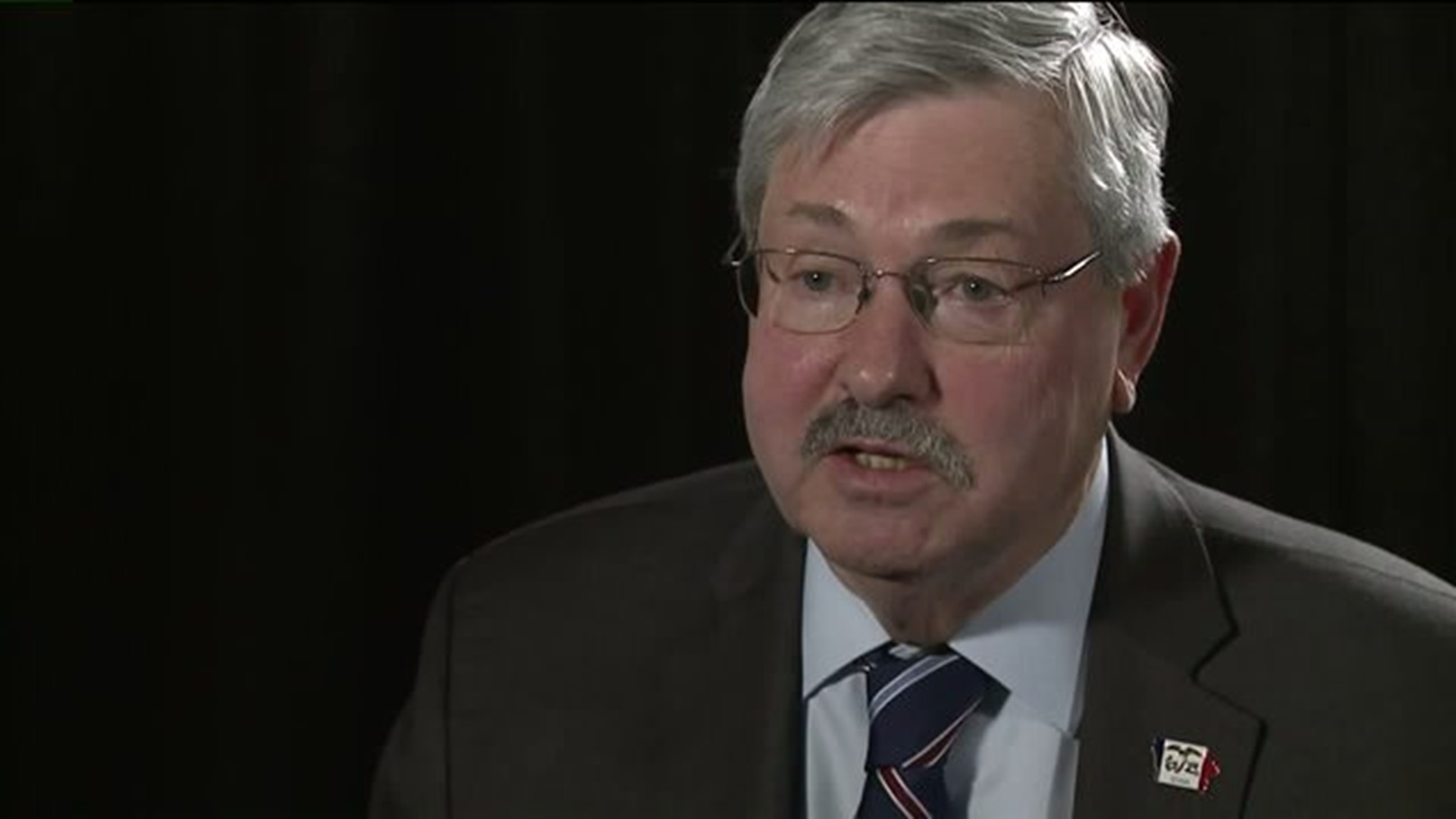