VIDEO: Iowa State Patrol said high speed chase started in Moline on I-74 and ended in Davenport next to the Lexus Dealership on Welcome Way. 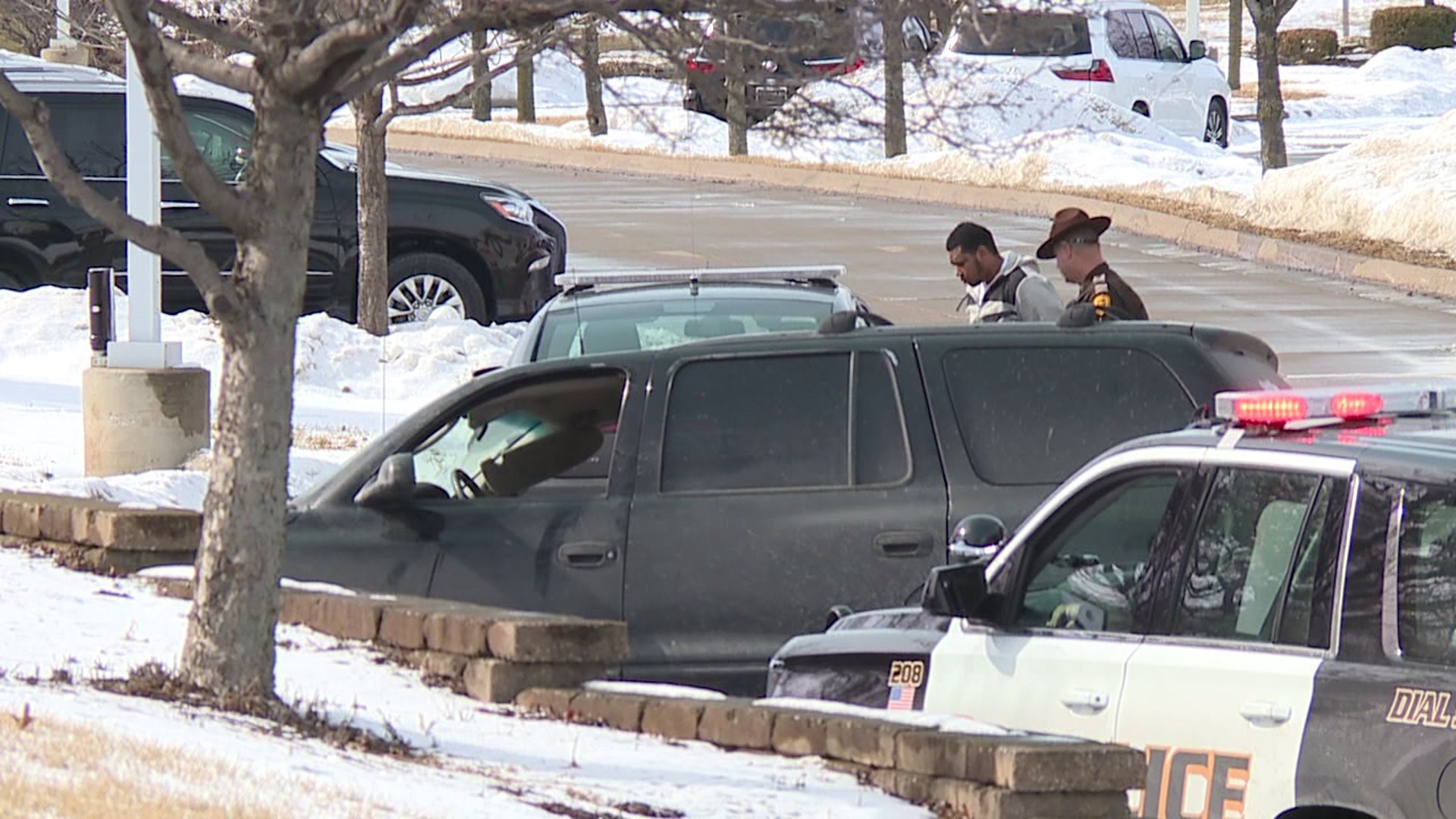 UPDATE: According to the Moline Police Department, the man taken into custody is 25-year-old Lashawn D'James Hensley. He is being held at the Scott County Jail with no bond on felony charges of carrying a dangerous weapon, eluding, and felon in possession of a firearm.

Police say the chase started after Moline police received a 9-1-1 call from a driver who said Hensley pointed a gun at them when they were driving into Illinois.

DAVENPORT, Iowa-- One man is in police custody after he led them on a high speed chase before noon on February 18th.

Iowa State Patrol said the pursuit started in Moline went onto the I-74 bridge and ended in Davenport on Welcome Way next to the Lexus Dealership.

Police say the man was driving a dark grey Dodge Durango when he hit another car and lost control of his vehicle.

Iowa State Patrol says no one was hurt and the man was taken into police custody.

This is a developing story and will be updated as more details are provided.