One killed in single-vehicle crash south of McCausland

The crash occurred shortly before 3:30 a.m. 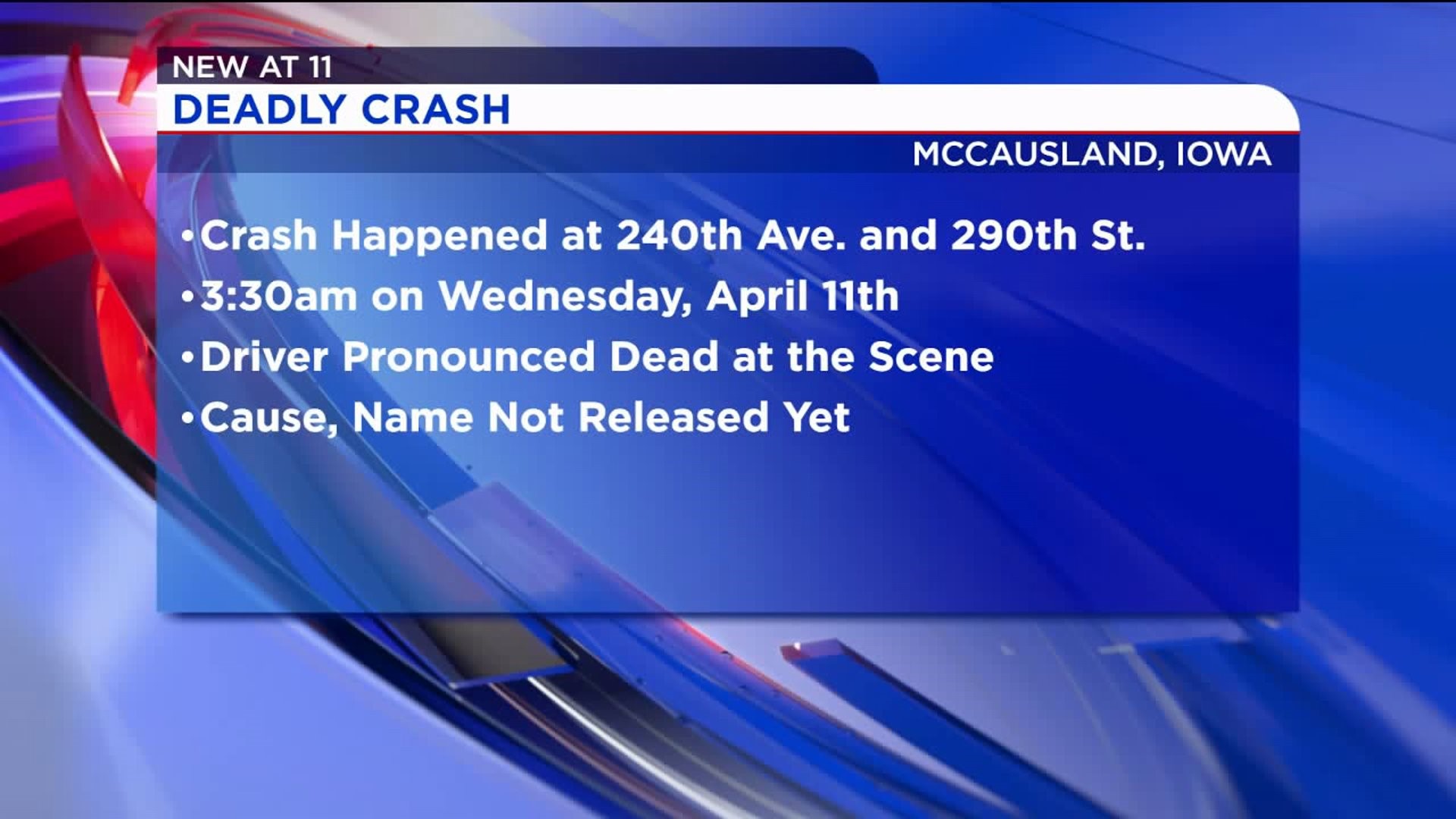 MCCAUSLAND, Iowa -- A 42-year-old man from Clinton was killed in a single-car crash near the intersection of 290th Street and 240th Avenue in rural Scott County, just south of the town of McCausland in the early morning of Wednesday, April 11.

According to the Scott County Sheriff's Department, the one-vehicle crash happened just before 3:30 a.m. The driver, Chad Alan Soenksen, was pronounced dead at the scene.

Investigators have initially determined that Soenksen was traveling northbound on 240th Avenue when his car rolled into a ditch on the curve just south of the intersection.

One killed in single-vehicle crash south of McCausland