Old Volvo van graffitied by Banksy could sell for $1.8 million at auction

A circus truck covered with paintings by renowned graffiti artist Banksy could fetch up to $1.8 million at auction this month. 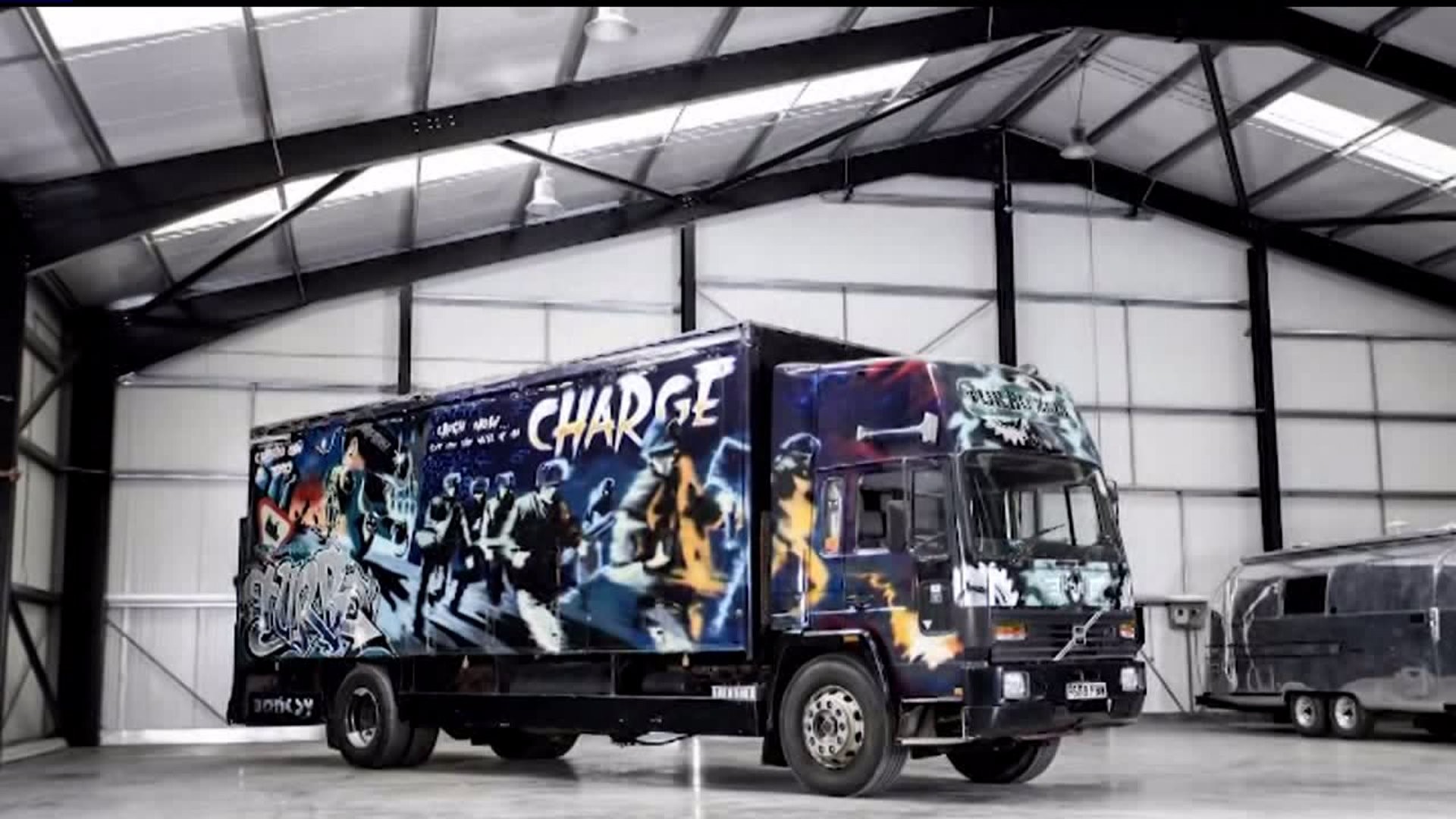 (CNN) -- A truck covered with paintings by renowned graffiti artist Banksy is going under the hammer this month, and auctioneers say it could fetch up to $1.8 million.

With a painted surface area of 80 square meters (861 square feet), the 1988 Volvo FL6 is the "largest-ever work created by Banksy," according to auctioneers Bonhams, .

Bonhams said Banksy started working on the vehicle -- offered as a canvas by the co-founder of the Turbozone International Circus -- in 1999, during a New Year's Eve and millennium party in Spain.

The artist -- who was relatively unknown at the time -- continued to paint the truck for two more weeks.

Freshly covered with some of what are now seen as some of Banksy's signature designs, the truck spent the next few years traveling through Europe and South America with the circus.

Bonhams says the designs on the side of the truck, which is 10.1 meters (33 feet) long, serve as a "fascinating record of how the artist's calls for anarchy and social change were already central to his work."

Among the images is the silhouette of a male figure swinging a hammer toward metal cogs, a background of flying monkeys and red stars with the word "circus" stenciled across the back end of the vehicle, and a group of soldiers running away from a cannon.

The vehicle, named "Turbo Zone Truck (Laugh Now But One Day We'll Be In Charge)," is featured in Banksy's 2005 book "Wall and Piece."

"Banksy is arguably the most important artist to have emerged since the millennium and this, his largest commercial work, represents a new high watermark of quality for works of his to appear at auction," Ralph Taylor, Bonhams' Global Head of Post-War & Contemporary Art, said in a press release.

"The interest is not in the mechanics -- it is the painting on top of it," Taylor told CNN.

The truck, which will go on sale on September 14 at the Goodwood Revival motor festival in southern England, is expected to fetch between £1 million and £1.5 million ($1.3 million-$1.8 million), the auction house said.