A new apartment will be built in place of Twin Bridges motor inn. Project leaders say it will offer a “sophisticated living” option in downtown Bett... 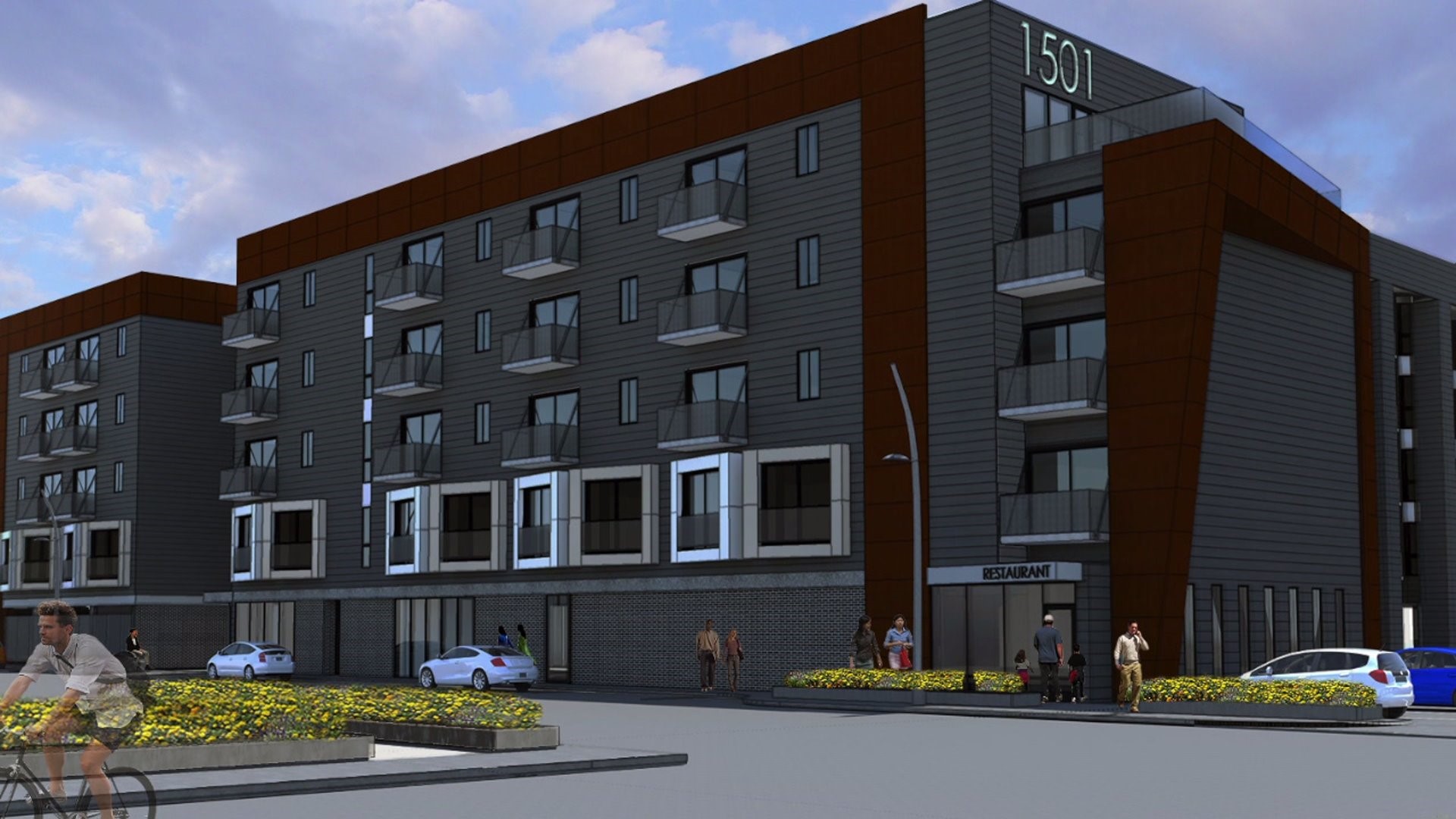 Bettendorf-- It's out with the old and in with the new for downtown Bettendorf.

On August 23rd, city leaders and community members gathered at the Twin Bridges Motor Inn for the motel's demolition.

City leaders said the old motel was an eyesore and unsafe. The last year it was open emergency crews had received more than 500 phone calls to that location.

"The most calls to any single property in our community were to the Twin Bridges," says Mayor Bob Gallagher.

Before the demolition could begin, construction crews had to remove the lead paint from the walls and the asbestos from the ceilings.

The new  $22 million dollar buildings going up will be called "The Bridges."  Project developer Frank Levy and president of Newbury Living says they've gotten nothing but a positive response to the new buildings.

Project leaders say it will be a five story urban apartment that will offer a "sophisticated living" option in downtown Bettendorf.

It will feature a rooftop deck with an overlook view of the Mississippi River, first floor retail and dining, and direct access to community bike and walking trails.

Apartments sizes will range from studio units to two-bedroom units.

As soon as the first apartment is finished that will complete one of two phases. Each phase is expected to be about 10-12 months

After the first phase, project leaders will start accepting reservations for the building.

The entire project including both buildings, is expected to be completed in late 2018.