Ohio teen sentenced to paint a railing with a toothbrush

An Ohio teen receives an unusual, but fitting punishment for spray painting a railroad car. 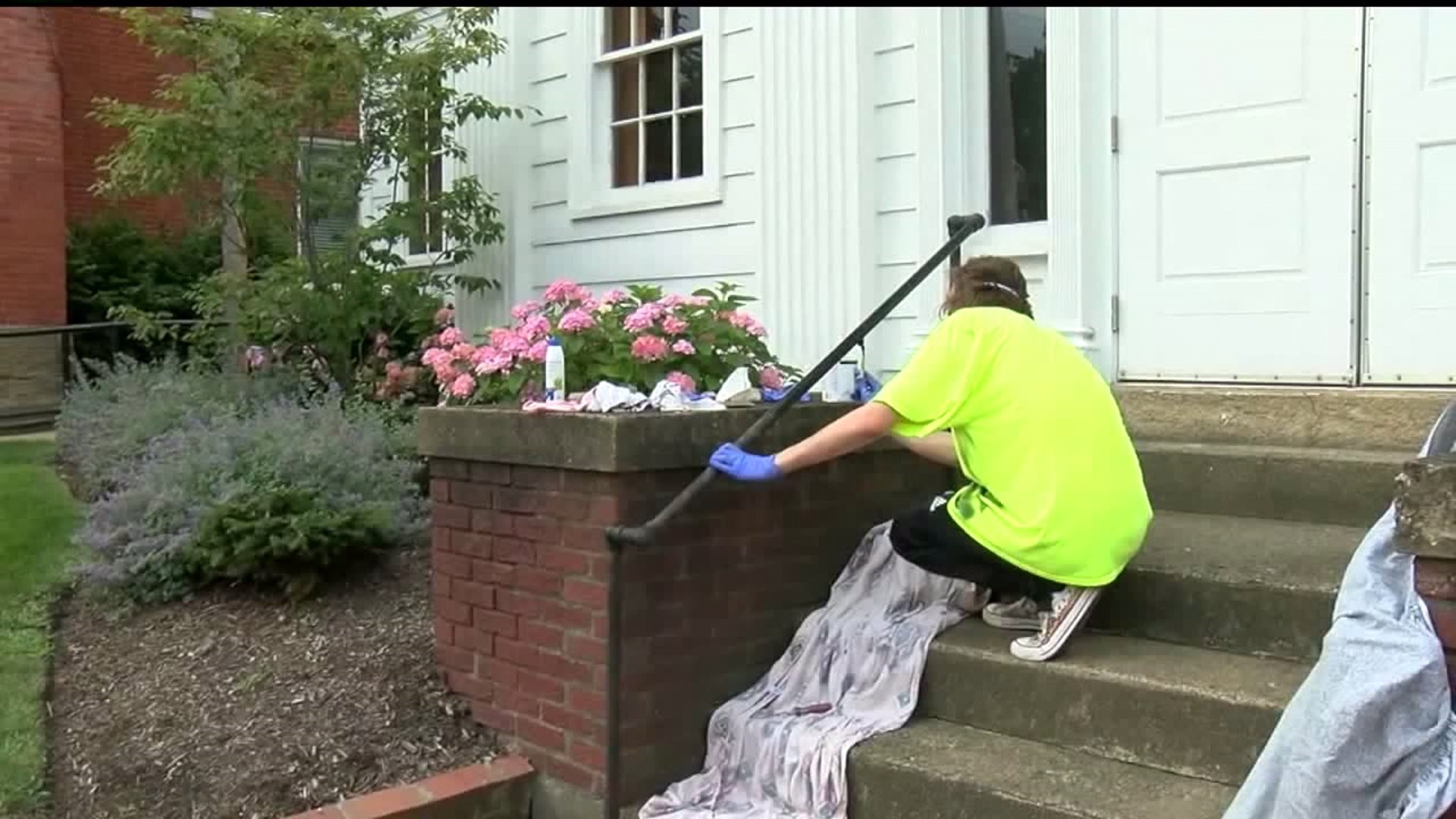 CLEVELAND, Ohio (KTRK) -- An Ohio teen received an unusual, but thematically-fitting sentence after vandalizing a railroad car, according to a report from KTRK

Teen graffiti artist Avery White was given the option to either spend 10 days in jail or paint a building's railing with a toothbrush. Despite the sweltering heat, White chose the latter.

"I walked in there fully expecting to to go to jail. I was relieved when I found out he was going to do a creative sentencing option," White said, explaining his unusual choice of punishment.

Judge Michael Cicconetti, the case's judge, is known for his creative sentences, including sentencing a lawn vandal to mowing a school lawn with a push mower and making a life preserver thief hand out fliers educating people about drowning.

White's probation officer, Dave Washlock, explained the unusual sentence by saying, "Somebody will think twice, maybe they're going to vandalize something or paint something else. The message is here. This could be you."

With the help of water, sunscreen, gloves, and a mask, White finished the job after a few hours after getting it approved by a city maintenance officer. He even got to take the toothbrush home as a souvenir.