American warplanes pounded extremist Sunni fighters in northern Iraq on Saturday in what officials described as an effort to defend minority Yazidis “bein... 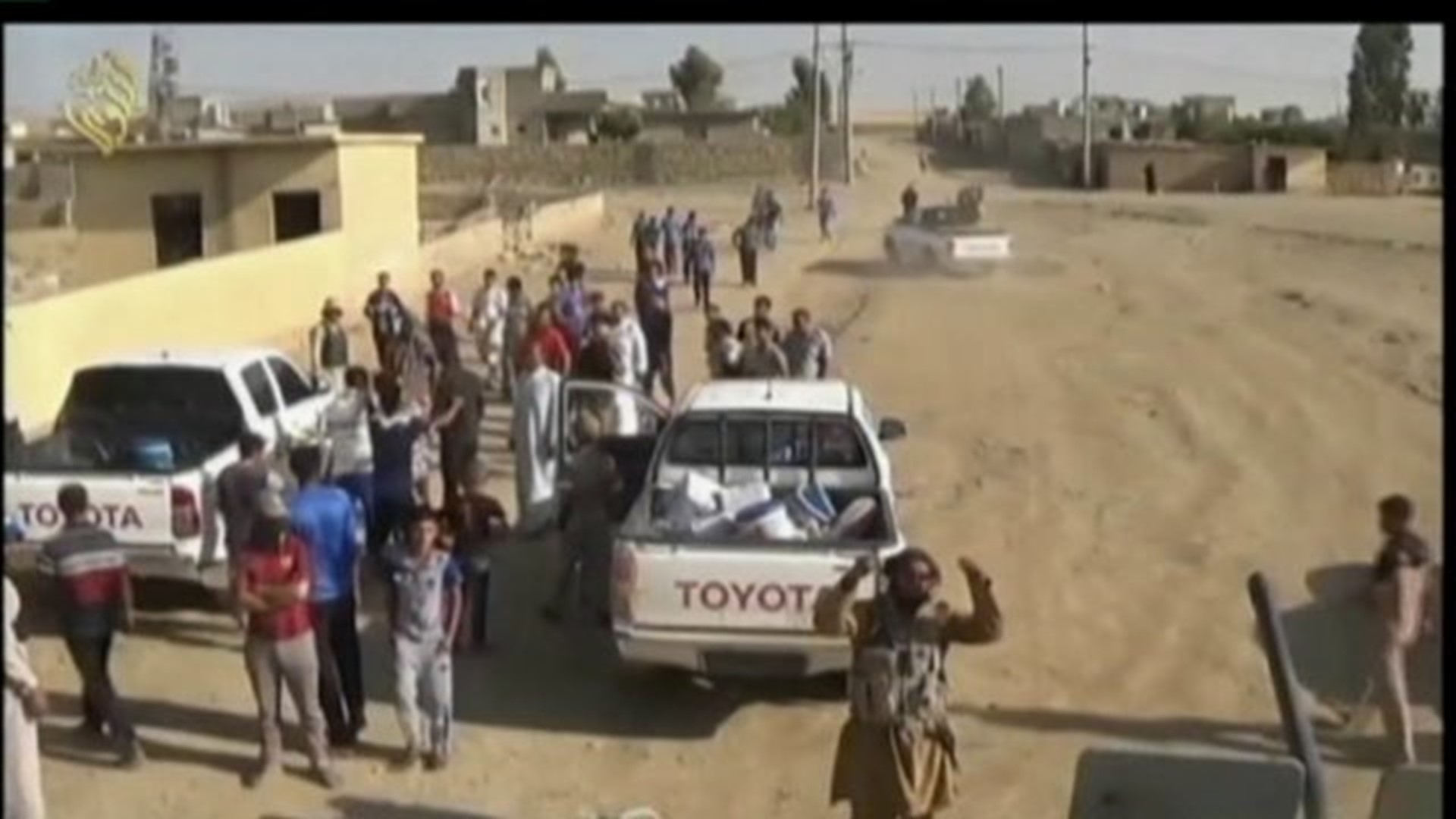