After a three-month-long investigation, it’s been determined that a man who died in police custody suffered a heart attack, and the actions of the officer... 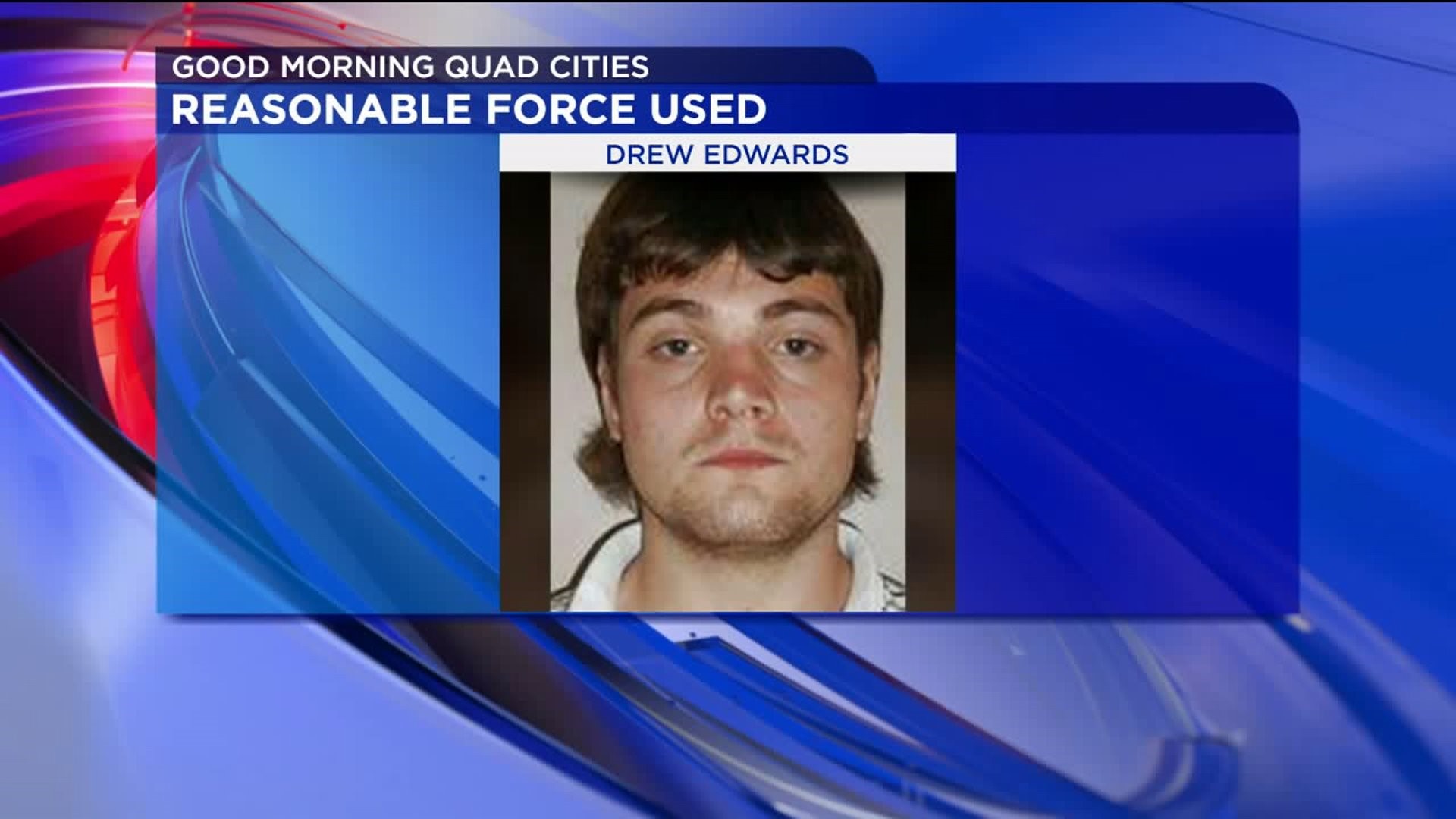 MAQUOKETA, Iowa -- After a three-month-long investigation, it's been determined that a man who died in police custody suffered a heart attack, and the actions of the officers involved were deemed reasonable.

Drew Manning Edwards died on June 15 during a struggle with police who were trying to take him into custody, according to a review by Muscatine County Attorney Alan Ostergren.

Ostergren said a review of documents and body footage showed that Edwards was refusing to cooperate with a Jackson County deputy and a Maquoketa Police officer who were trying to arrest him for assault.  Law enforcement spent more than 10 minutes trying to reason with Edwards; Ostergren said Edwards was not responding rationally and that's when police tried to handcuff him.

Edwards ram from the officers; one of them fired their taser two times, said Ostergren, but they didn't affect Edwards.  The officers wound up tackling Edwards to gain control over him.  The three continued to struggle.  With Edwards lying on his stomach, the deputy was straddled over his legs and the officer had Edwards' head between his legs.

Ostergren said Edwards was trying to throw the deputy and officer off of him, but they were able to handcuff one of his wrists.

"The officer and deputy were essentially at a stalemate with Mr. Edwards," said Ostergren.  "It was obvious from the body-worn camera footage that it took all of their physical effort to prevent Mr. Edwards from throwing them off or gaining control of the handcuff on his left wrist."

They called for backup, and someone assisting was able to cuff Edwards' other wrist, read the review.  At that point, body camera footage appears to show that Edwards stopped struggling and stopped breathing.  An ambulance was on scene and personnel tried to revive him.  Edwards was pronounced dead at a local hospital.

Ostergren said the officer and deputy had probable cause to arrest Edwards from the assault he was originally accused of and from when Edwards tried to run from the scene.

"The officer and deputy had the right to use that level of reasonable force necessary to complete the arrest and to defend them from harm from Mr. Edwards' resistance," he said.  He continued to say that there was no evidence to show that what they did was unreasonable.