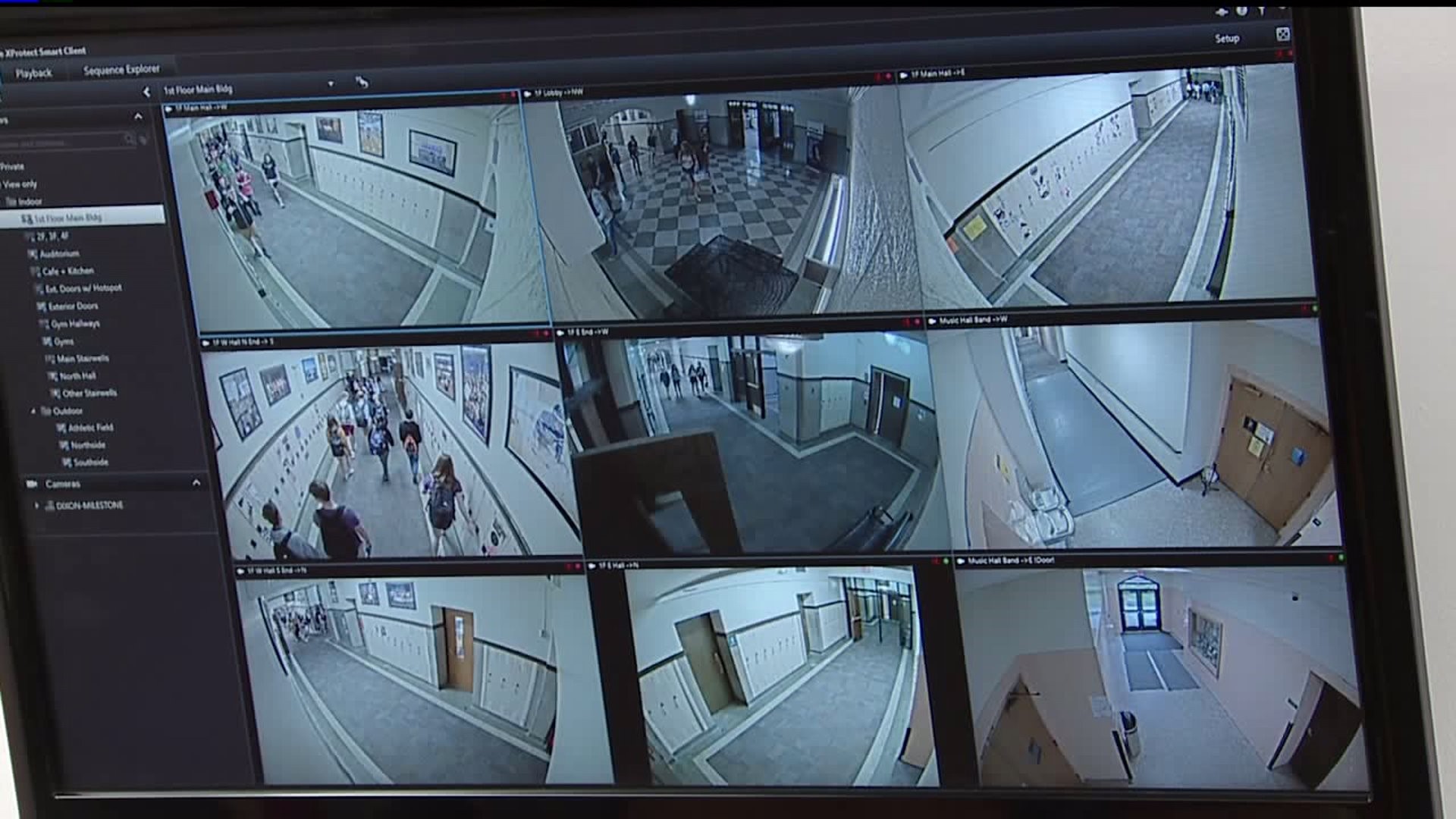 DIXON, Illinois - Seniors were getting ready for their graduation practice at Dixon High School On May 16, 2018 when they heard shots being fired.

Milby and Officer Dallas exchanged gunfire. Milby was shot in the shoulder and arrested. Nobody else was hurt.

More than 120 new cameras line the hallways, and instead of being able to access 33 of the school's entrances, people are limited to just two entrances.

But it's the familiar face in the hallway that helps students feel secure.

"I have about 20 months until I retire and I'm hoping I get to stay my entire time here," said Officer Mark Dallas during an interview on the anniversary of the shooting.

The officer reports for duty daily.

In the hallway where the shooting happened, bullet holes are patched up but still visible.

"When I walk down towards the gym area, I think about how serious it was one year ago today."

This year, graduation practice would have been on the exact same day. Seven snow days pushed the rehearsal back.

"They don't need to think about what happened last year and we try to keep that out of the kids minds anyhow, so I am glad it is not today," said Dallas.

On the agenda for graduation this year: More police, more cameras, and the watchful eye of Officer Dallas.

"With the camera system, I can cover a lot of the building in seconds. From my desk, from my phone," he explained.

The principal at Dixon High School says the students are lucky to have Officer Dallas.

"The kids understand that he is willing to put his life on the line for us, because he did," said Principal Michael Grady. "We are here because of him. I am excited and very happy and pleased that he is still our resource officer."

Rehearsal will be on May 29.

Leaders say their main focus is making sure graduation feels as normal as possible.

Matthew Milby, the accused shooter, has been found unfit to stand trial. He is currently receiving treatment and the case against him is now pending.