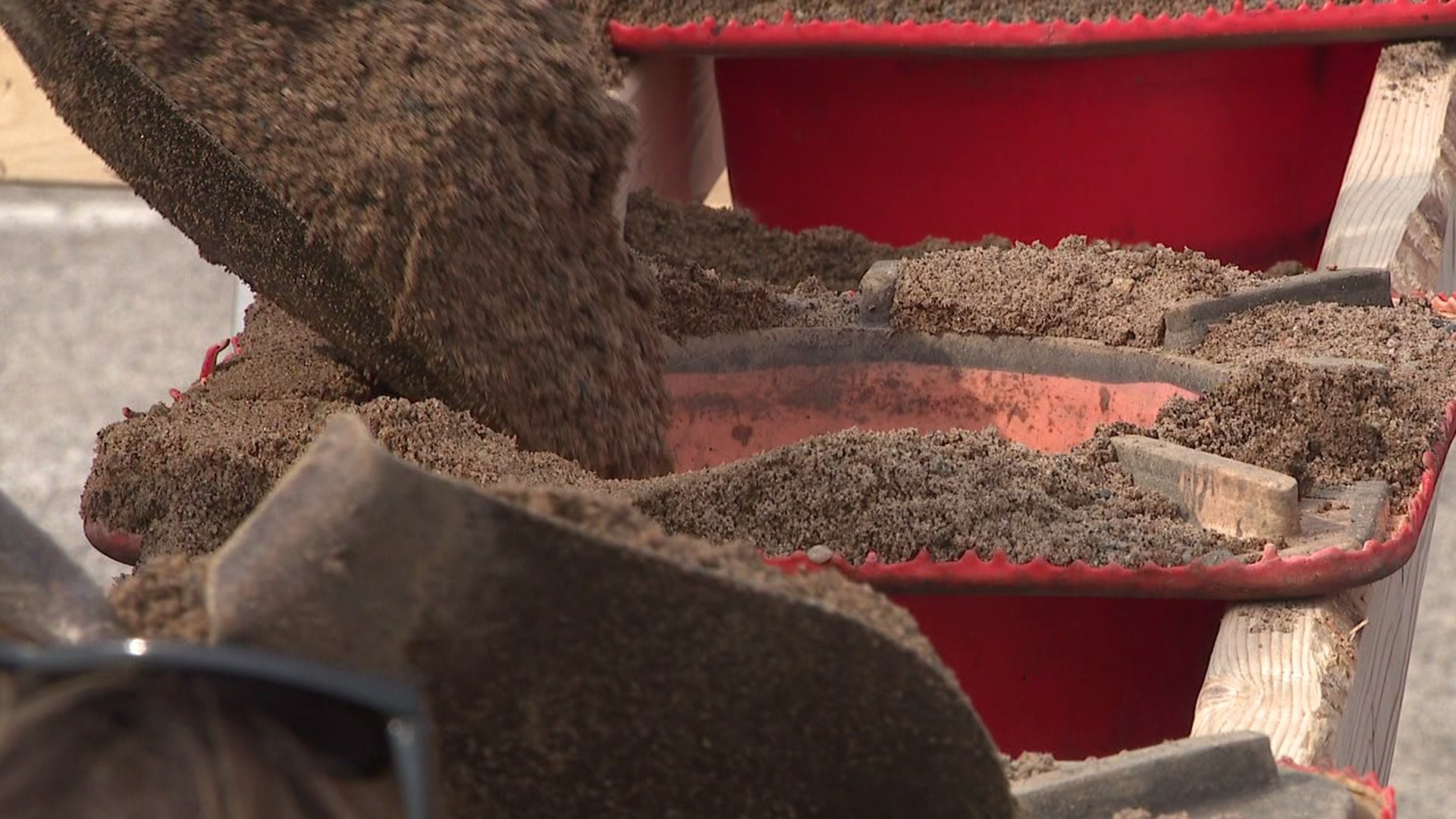 On Thursday March 28th, North Scott students arrived at the Boll's Community Center by the busload. Each one of them lending a helping hand to fill sandbags for Princeton's riverfront.

Princeton's Public Works Director, Josh Genz, said he has been keeping a close eye on the Mississippi River levels in Camanche and in LeClaire.

"We're hearing anything from 14 to up to 18 feet which breaks the record," Genz said.

Luckily, every student at North Scott was tasked with helping fill sandbags during their usual gym period.

"I'm most definitely getting a workout," said Hailey Glover, a student at North Scott High School.

"It really helps alleviate some of the man hours that we have to put into it," Genz said. "They're doing it a lot faster than just 6-7 guys can do."

It is a lesson on the front lines of the Mississippi River.

"I couldn't care less if this was a school day or not," said Katie Schelb, a student. "If it was a Saturday and I had time I'd come."

Mitch Larson, a student at North Scott, said most kids would see this as an opportunity to skip class. However, for him, it's more than that - it's about helping the community.

"They’ve probably been working here like hours on end each day," Larson said. "If we can come here for just 30 minutes and just take a load off them. So they can have a break."

"There is a lot about teamwork here and I feel like this is just a way that, when we go back to school this will be an experience that we all have together," Glover said.