NFL teams and players showed a united front amid criticism from President Donald Trump, who slammed athletes opting to protest during the National Anthem. Hundr... 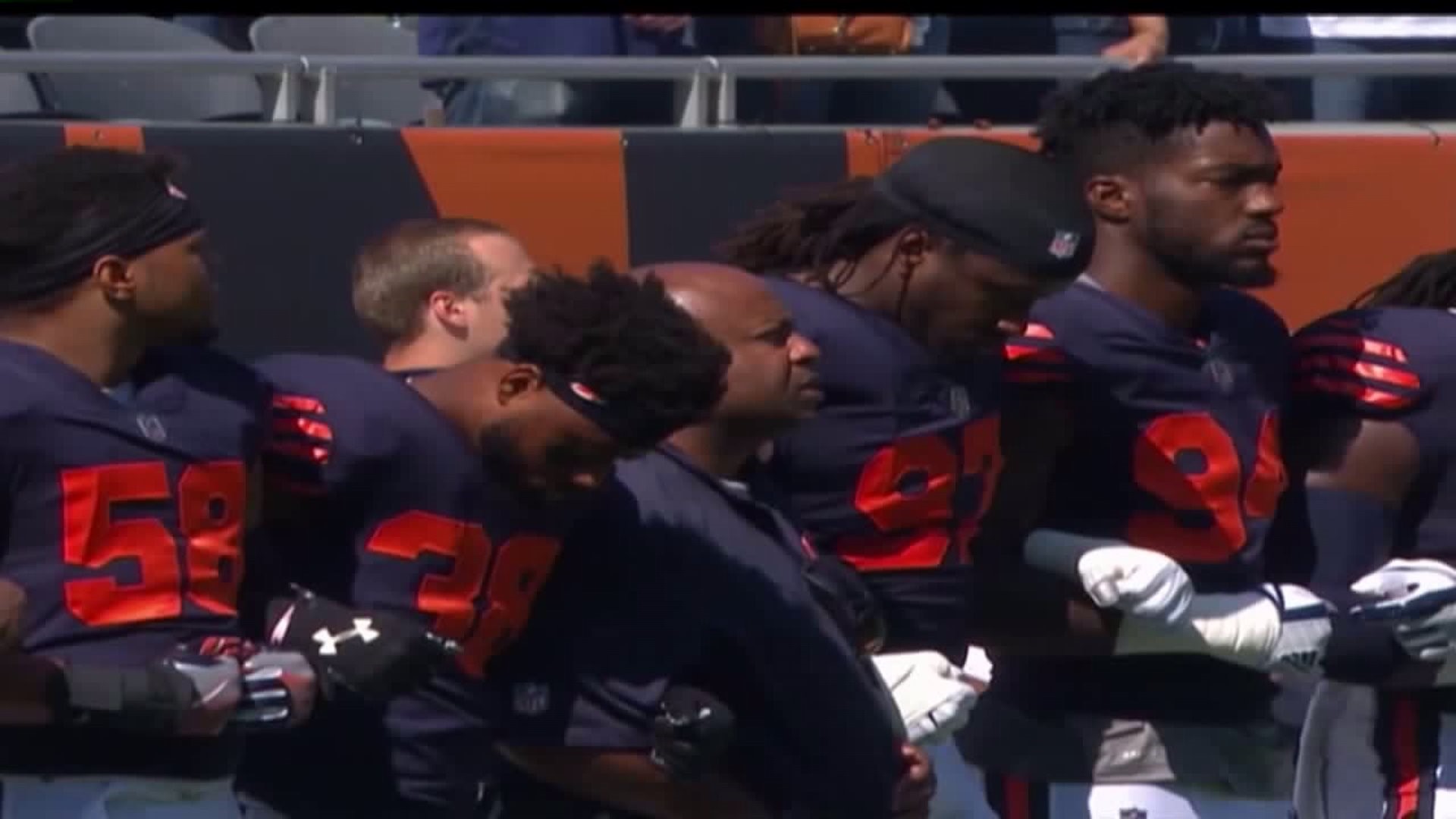 NFL teams and players showed a united front amid criticism from President Donald Trump, who slammed athletes opting to protest during the National Anthem.

Hundreds of players across the league knelt or locked arms during the Anthem in solidarity, after President Trump launched a crusade this week against protesting players.

"Wouldn't you love to see one of those NFL owners when somebody disrespects our flag to say, 'Get that son of a b**** off the field right now?'" Trump posited, riling up a crowd at a rally Friday night in Alabama. "He's fired! He's fired!"

At least eight NFL owners have reacted to the president's comments by releasing statements in support of their players and NFL Commissioner Roger Goodell, who released his own statement Saturday.

Former NFL coach and Trump supporter, Rex Ryan, says he was shocked by the president's comments.

"I'm pissed off. I'll be honest with you," Ryan said Sunday. "I supported Donald Trump. I'm reading these comments and it's appalling to me."

NFL players have gained support from other professional teams and athletes, including Lebron James and Oakland Athletics catcher Bruce Maxwell, believed to be the first Major League Baseball player to kneel during the National Anthem.

President Trump reacted to today's show of defiance on Twitter, reiterating the point he made yesterday: the league should either fire or suspend its players.

If NFL fans refuse to go to games until players stop disrespecting our Flag & Country, you will see change take place fast. Fire or suspend!

He adds that NFL ratings and attendance are "way down" and the league should "back the U.S."

...NFL attendance and ratings are WAY DOWN. Boring games yes, but many stay away because they love our country. League should back U.S.

Trump says standing with locked arms is good, and kneeling is what's not acceptable.

Great solidarity for our National Anthem and for our Country. Standing with locked arms is good, kneeling is not acceptable. Bad ratings!

The President also tweeted today that the 2017 NHL Champion Pittsburgh Penguins will be visiting the White House to celebrate. The news comes as teams from the NBA and NCAA announced Saturday they will not be heading to Washington.