There is no safe level of lead in drinking water, but Newark’s lead levels are among the highest in the nation — “approximately the same”... 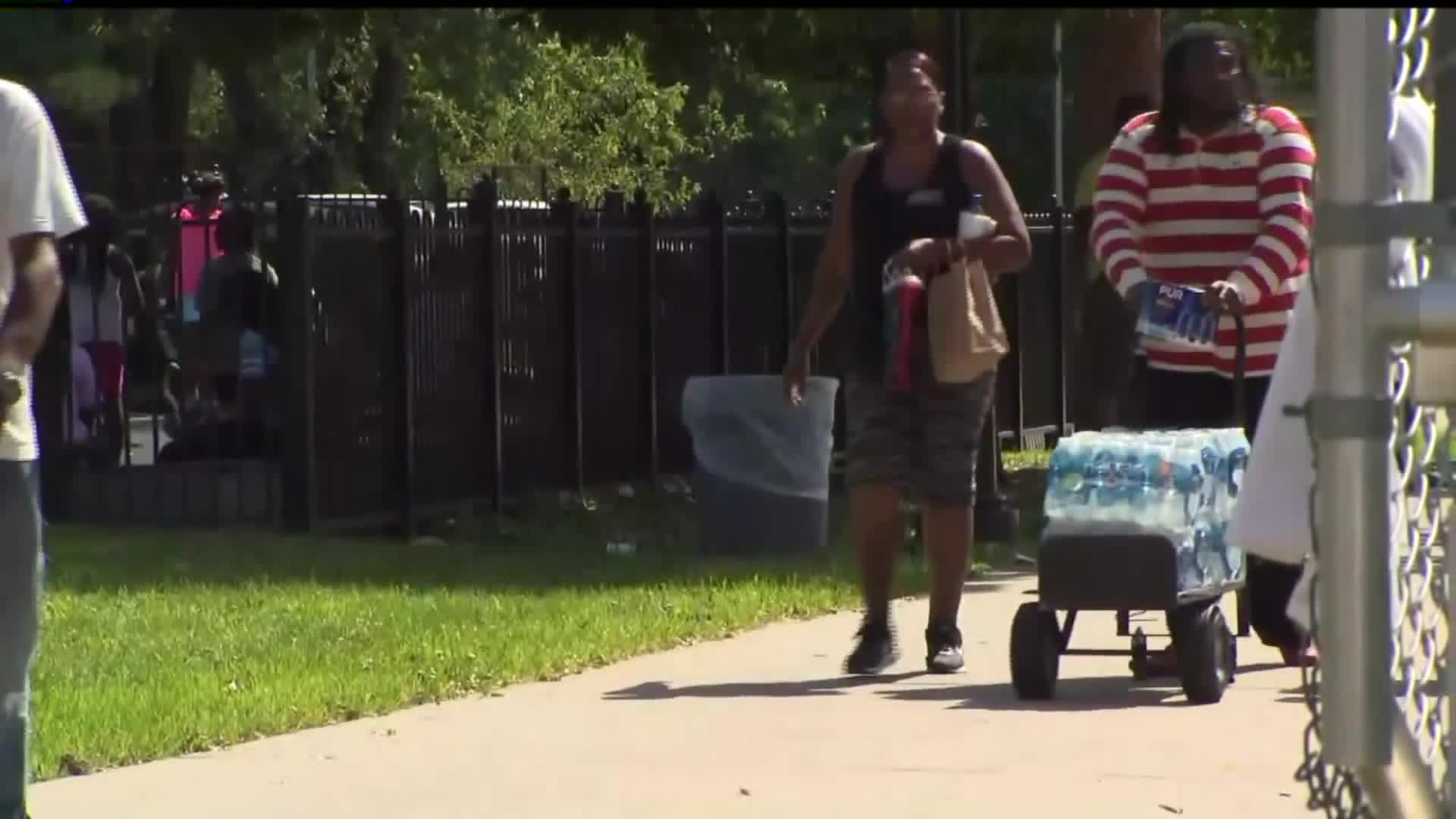 (CNN) -- Officials in New Jersey's largest city began offering bottled water Monday to residents who may have been drinking tap water contaminated with lead for months or possibly years.

Newark is taking the advice of the US Environmental Protection Agency and providing bottled water from four city centers, Mayor Ras Baraka and Gov. Phil Murphy said in a joint statement.

The city "has gradually gone from absolutely denying there are any lead problems to now admitting they have an issue," said Erik D. Olson, a drinking water expert at the Natural Resources Defense Council, a nonprofit environmental advocacy group that has taken legal action against the city.

No safe level of lead

There is no safe level of lead in drinking water, experts say. Because even low levels have been linked to serious, irreversible damage to developing brains, children and pregnant women are most vulnerable. In healthy adults, exposure to lead is associated with fertility issues, heart and kidney problems, mental dysfunction and high blood pressure.

The City of Newark exceeds every other large New Jersey municipality in the number of children younger than 6 with elevated blood lead levels, according to a recent New Jersey Department of Health report. Newark's lead levels are also among the highest in the nation -- "approximately the same" as those measured by independent testing in Flint, Michigan, before corrective measures were taken, according to a Natural Resources Defense Council report.

Where is the problem? Not at the source but in the pipes, the city says.

Newark says its complex water system supplies about 80 million gallons per day of water to more than 300,000 customers within the city and its surrounding communities.

Water leaving both these treatment plants is lead-free, the city says, and the pipes that transport it, which are mostly made of iron and steel, do not add the heavy metal.

It is only when the water travels through service pipes connecting water mains in the street to individual homes that lead can enter, a city website explains. (Lead may also enter drinking water from the plumbing in individual homes.)

Olson said the Natural Resources Defense Council learned in 2017 that Newark had elevated lead levels. But when the advocacy group approached city officials to offer help, "we didn't get anywhere." In 2018, the nonprofit teamed up with the Newark Education Workers Caucus and began litigation against the city, which is ongoing.

The complaint alleges that the City of Newark failed to install and maintain the corrosion control treatment necessary to prevent water corrosion on service lines and lead plumbing, allowing lead to leach into drinking water.

A September 17 motion to dismiss the complaint, submitted by New Jersey Attorney General Gurbir Grewal, states that Newark is in compliance "with the process required for water systems that are no longer deemed to have optimized corrosion control."

The long-term solution to Newark's problem is pulling out the lead service lines, according to both the city and Olson. As a short-term fix, the Newark Department of Water and Sewer Utilities distributed more than 35,000 lead-safe water filters and cartridges to affected residents for free this year.

However, the EPA said in a Friday letter to Baraka and Catherine McCabe, commissioner of the New Jersey Department of Environmental Protection, that lead levels exceeded 15 parts per billion (the federal water standard) in several samples taken since the filters were distributed.

"Use of the specific filtration devices distributed by Newark may not be reliably effective, in this particular situation, in reducing lead concentrations to below that standard," the letter says.

Olson said the filters are complex, with installation and maintenance instructions printed in small type, and so door-to-door training may be necessary. Until the filter program is fixed, he said, bottled water is needed.

The EPA recommended the same in its letter, which was meant to "address concerns" and inspire enforcement of the Safe Drinking Water Act. Meanwhile, the agency is "actively providing technical assistance to the city and state, including work to optimize and assess the city's corrosion control program," the EPA said in a statement obtained by CNN.

Newark's mayor has not responded to a request for comment.