The first tropical system to slam the US this year is expected to make landfall as a hurricane. But days before landfall, it was already walloping New Orleans w... 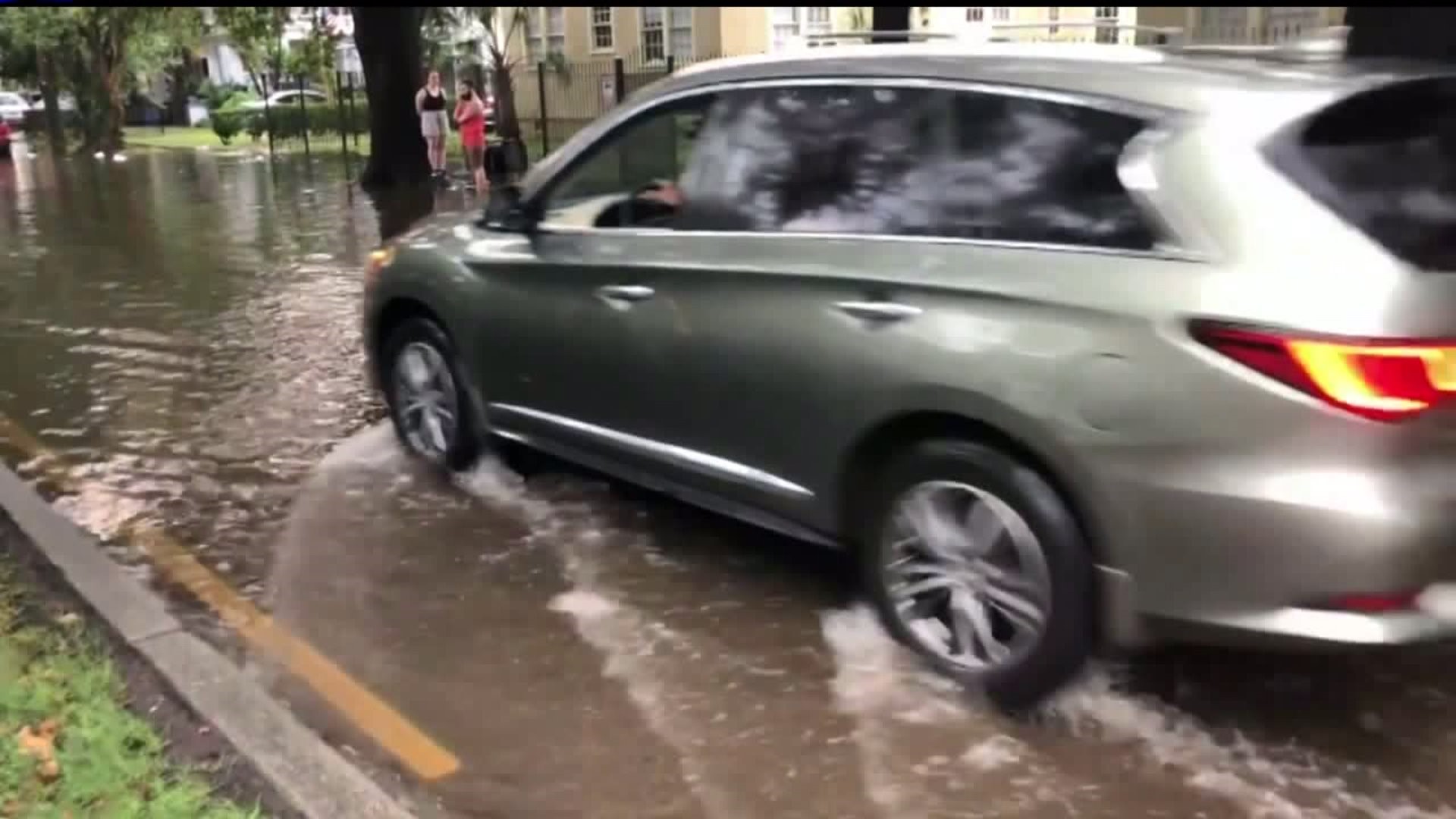 (CNN) -- The first tropical system to slam the US this year is expected to make landfall as a hurricane. But days before landfall, it was already walloping New Orleans with widespread flooding.

The National Hurricane Center predicts Tropical Storm Barry will form in the Gulf of Mexico by Thursday and strengthen to a hurricane by Saturday, when it's expected to make landfall in Louisiana.

The tropical system has already spawned its first tornado warning and flash flood emergency, both in the New Orleans area on Wednesday.

"We took in about 2 feet of water in our basement/ground floor level," Catalano said. "I'm very concerned about the impending storm, with the Mississippi River near flood stage. I'm very worried about more flooding."

Indeed, the worst is yet to come. Louisiana Gov. John Bel Edwards said about 10 to 15 inches of rain could fall within 24 hours between Friday and Saturday.

"That is a short time period for such an intense" rainfall, Edwards said.

The slow-moving storm is crawling at about 3 to 5 mph, the governor said. That means it could hover over the same place for long time, dumping rain relentlessly.

Edwards issued a state of emergency for the state on Wednesday.

"This is going to be a Louisiana event with coastal flooding and widespread, heavy rainfall, potentially impacting every part of the state," Edwards said in a new release.

By Wednesday afternoon, the rain had died down and there were a few scattered thunderstorms in the area, according to the National Weather Service New Orleans

Residents from Houston to Mobile, Alabama, are bracing for the system's wrath.

A tropical storm is an area of thunderstorms that produces a circular wind flow with winds from 39 to 73 miles per hour. With a lower wind speed, it would be a tropical depression. Higher, and it would be a hurricane.

Regardless of the classification this system develops into, both Louisiana and Mississippi are forecast to see very heavy rain -- more than a foot in some places, Brink said.

The storm system is forecast to produce 6 to 12 inches of rain near and inland of the central Gulf Coast through early next week, the National Hurricane Center said in its potential tropical cyclone advisory. There will be isolated maximum rainfall of up to 18 inches, the NHC said.

Some oil rigs in the Gulf of Mexico have been evacuated.

Shell has evacuated all non-essential staff from eastern Gulf drilling rigs, with more action on the horizon depending on how the storm develops, spokeswoman Cindy Babski said.

The Mississippi River could crest at 19 feet

Potential storm surge has prompted the National Weather Service to issue a flood warning for the Mississippi River, including at New Orleans, through Saturday.

The NWS said the river could crest at 19 feet, or 2.3 feet below the record. The city is protected to a height of 20 feet.

The Flood Protection Authority said it will be closing several flood gates and structures in the New Orleans area starting Wednesday.

"No one should take this storm lightly," Gov. Edwards said.