East Moline teacher’s new contract that includes an increase in pay will come at a steep price for some of the very teachers it’s supposed to help. 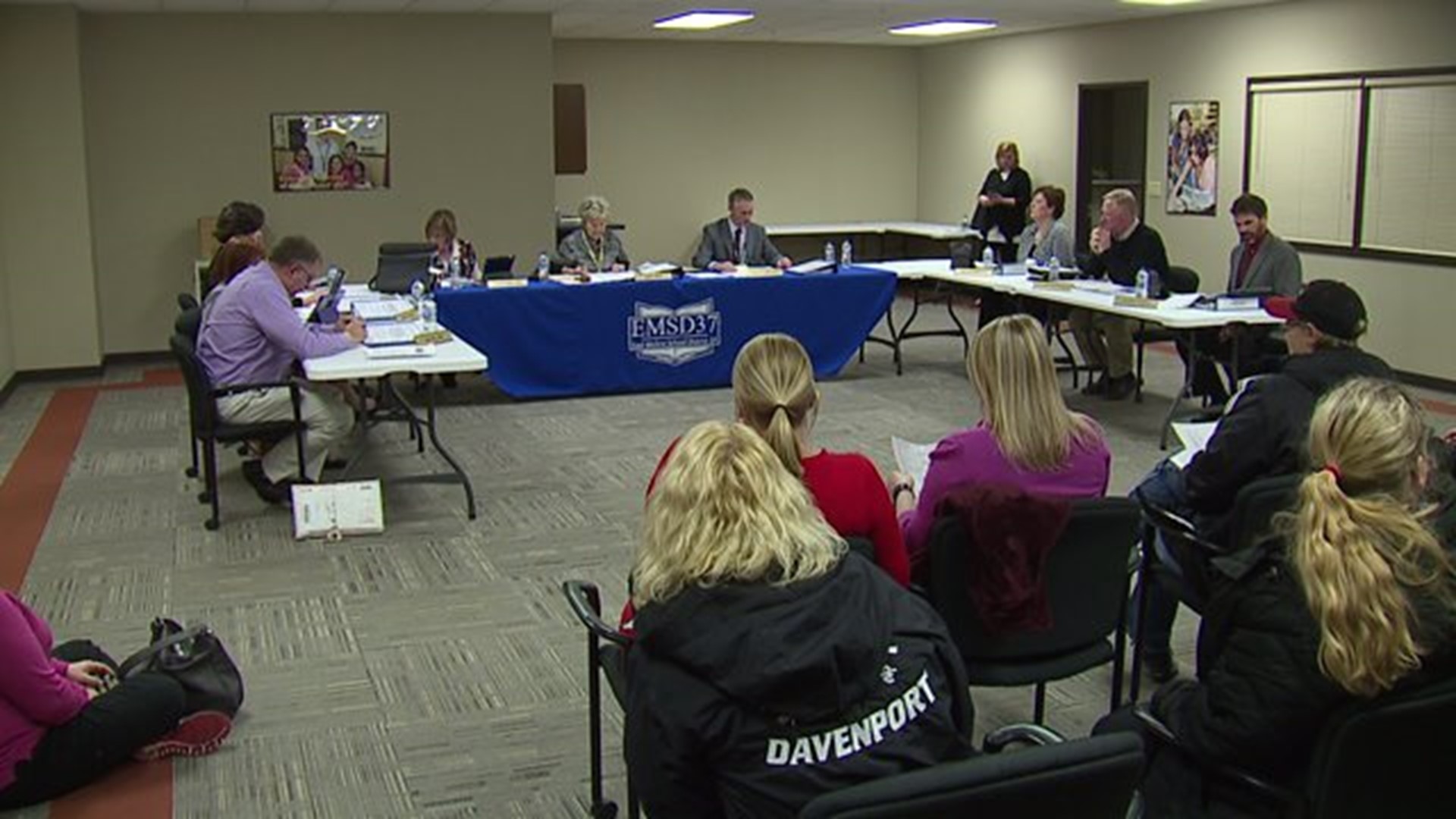 EAST MOLINE, Illinois - East Moline new teacher's contract that includes an increase in pay will come at a steep price for some of the very teachers it's supposed to help.

For the first time in 14 years the East Moline School District will have to cut teachers.

"These are some great young teachers and we`re unfortunately we will have to cut 15 individuals," said Superintendent Kristin Humphries.

Board members approved a two-year contract with a 1.25 percent raise on the base each year, but because of the lack of money from the state, some of their own could be without a job.

"You have to find a way to pay for those raises that`s just the reality and unfortunately due to state short falls and due to the raises in the contract beyond what the board had already paid, cuts do need to be made," said Humphries.

For 10 months the district and teacher's union negotiated on a teacher's contract.

"We`ve been without a raise on our base pay for over 7 years and that`s a long time," said Angela Harrell, spokesperson for the East Moline Education Association.

Both sides finally came to an agreement last week.

Illinois owes the district just over a $1 million and with the uncertainty whether or not lawmakers and the governor will be able to pass a budget, the district has to look at making cuts.

"We don`t know whats going to happen with the state and we hope that we call some back, but we know that we won`t be able to call all of them back," said Humphries.

The board of education will vote on teacher reductions at their next meeting on March 8th, 2017.

Superintendent Humphries says he will have to propose another round of cuts in April if a state budget isn't passed.