Investigators say they have new information that might help solve a hit-and-run that killed an Illinois teenager. 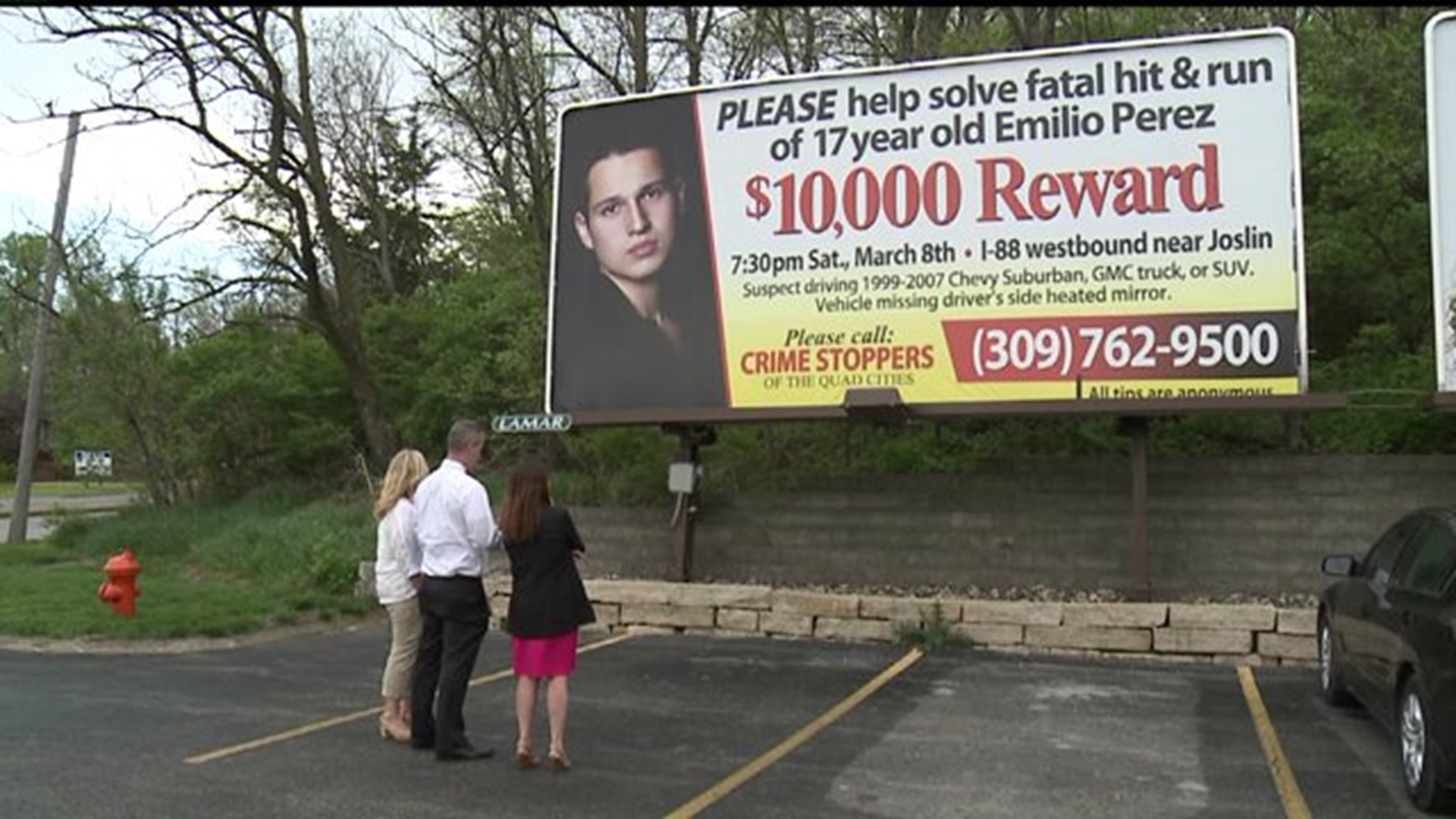 Investigators say they have new information that might help solve a hit-and-run that killed an Illinois teenager.

Emilio Perez, 17, was struck and killed in March 2014 as he walked along Interstate 88, near the Joslin exit, after his car ran out of gas.   Police said the driver who hit him then took  off.

Police thought a side mirror, found near the accident, belonged to a Chevy or GMC truck or SUV made between 1999 and 2007.  New information has helped them narrow the description of the suspect vehicle.

"The suspect vehicle that struck and killed 17 year old Emilio Perez is believed to be a 2000-2002 silver Chevrolet or GMC Truck or SUV with black textured heated side mirrors," said an August 28, 2014 statement from Illinois State Police.

Perez's family purchased billboards throughout the Quad Cities area seeking help from the public to solve the case.  New billboards, containing the updated suspect vehicle details, were going up at 3520 River Drive in Moline, along Highway 5 about two miles west of Interstate 80 and at 3100 5th Avenue in Rock Island.

A $10,000 reward was also established for information that leads to an arrest in the case.  Anyone with information should contact Crime Stoppers of the Quad Cities at(309) 762-9500.