New citizen and WIU professor weighs in on immigration reform

These are America’s newest citizens on Friday morning in Rock Island. “I’d like to congratulate you all on the end to a great journey,” ... 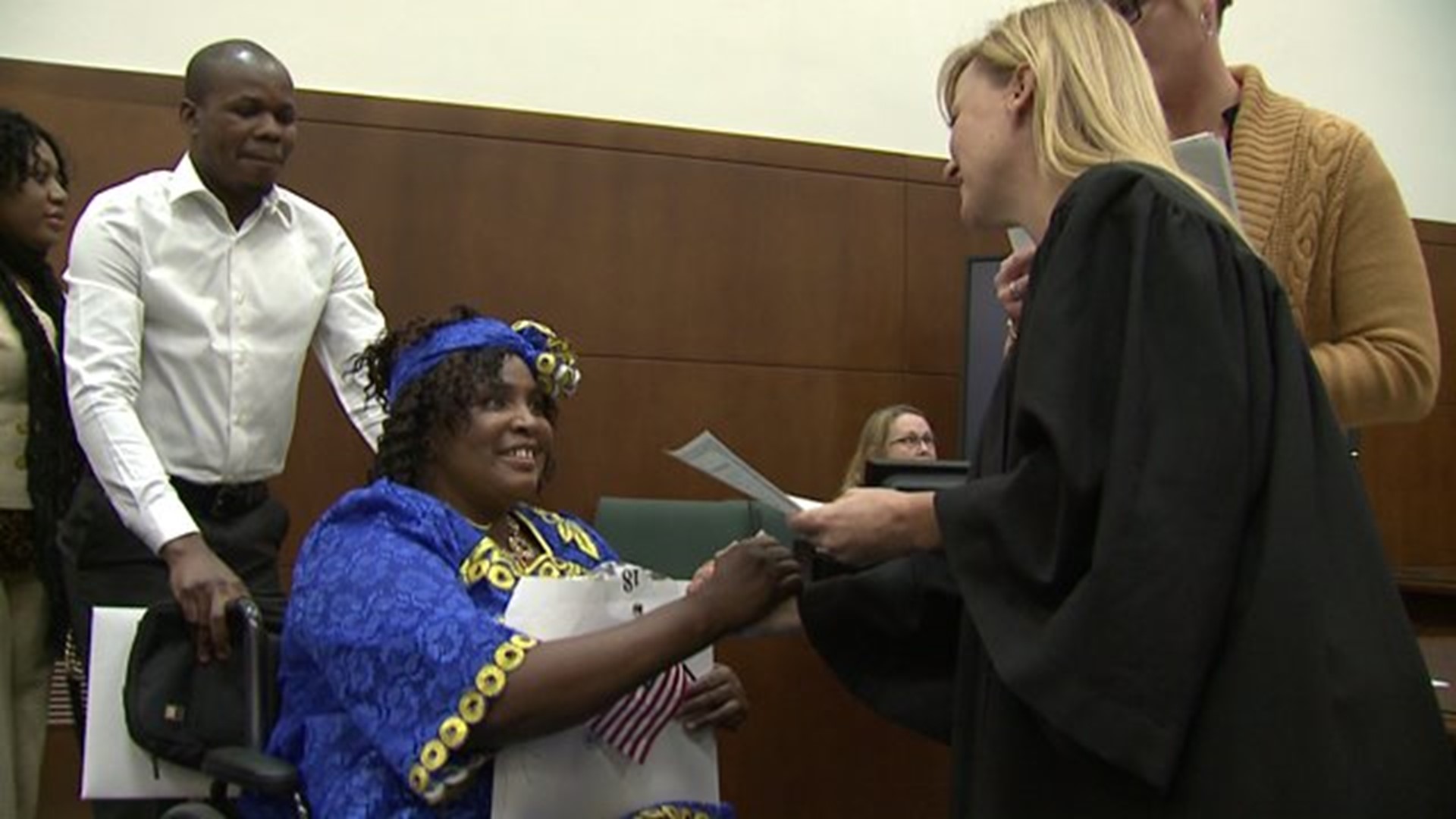 These are America's newest citizens on Friday morning in Rock Island.

"I'd like to congratulate you all on the end to a great journey," said Col. Elmer Speights, the garrison commander of the Rock Island Arsenal.

The 28 men and women come from 13 different countries.

"I wanted to go to the United States since I was five years old," said Dr.  Anna Valeva, who teaches at Western Illinois University.

Born in Bulgaria,  the Statistics professor is among the group.

She followed the long process to become a citizen.

Now, she calls for changes in the system.

"Indeed, it's high time that they sat down and passed immigration reform," she said.

It's a hot topic in the presidential campaign, fueled by fiery rhetoric from candidates ranging from Bernie Sanders to Donald Trump.

"They don't know what they're talking about," she said of the candidates.  "Just something to get number one in the rankings,"

Another new citizen, Leny McCarthy lives in Knoxville, Illinois, by way of her native Philippines.

"It's unfortunate that it's become a political issue," he said.

He's assisting Sylviya Vumiliya, a refugee from Burundi, who also became a U.S. citizen on Friday.

"The refugees can't go back home," he said.  "There's no home any more.  They've been kicked out."

That makes this ceremony even more meaningful.

For Dr. Valeva, immigration reform remains on the front burner.

"There could be arguments on both sides, pros and cons, but it's something that has to be dealt with," she concluded.

It's a hot issue for America's newest citizens.