DAVENPORT, Iowa — For some area businesses in downtown Davenport, there is no way to avoid the rising river. Roam Bar and Lounge is only two months into t... 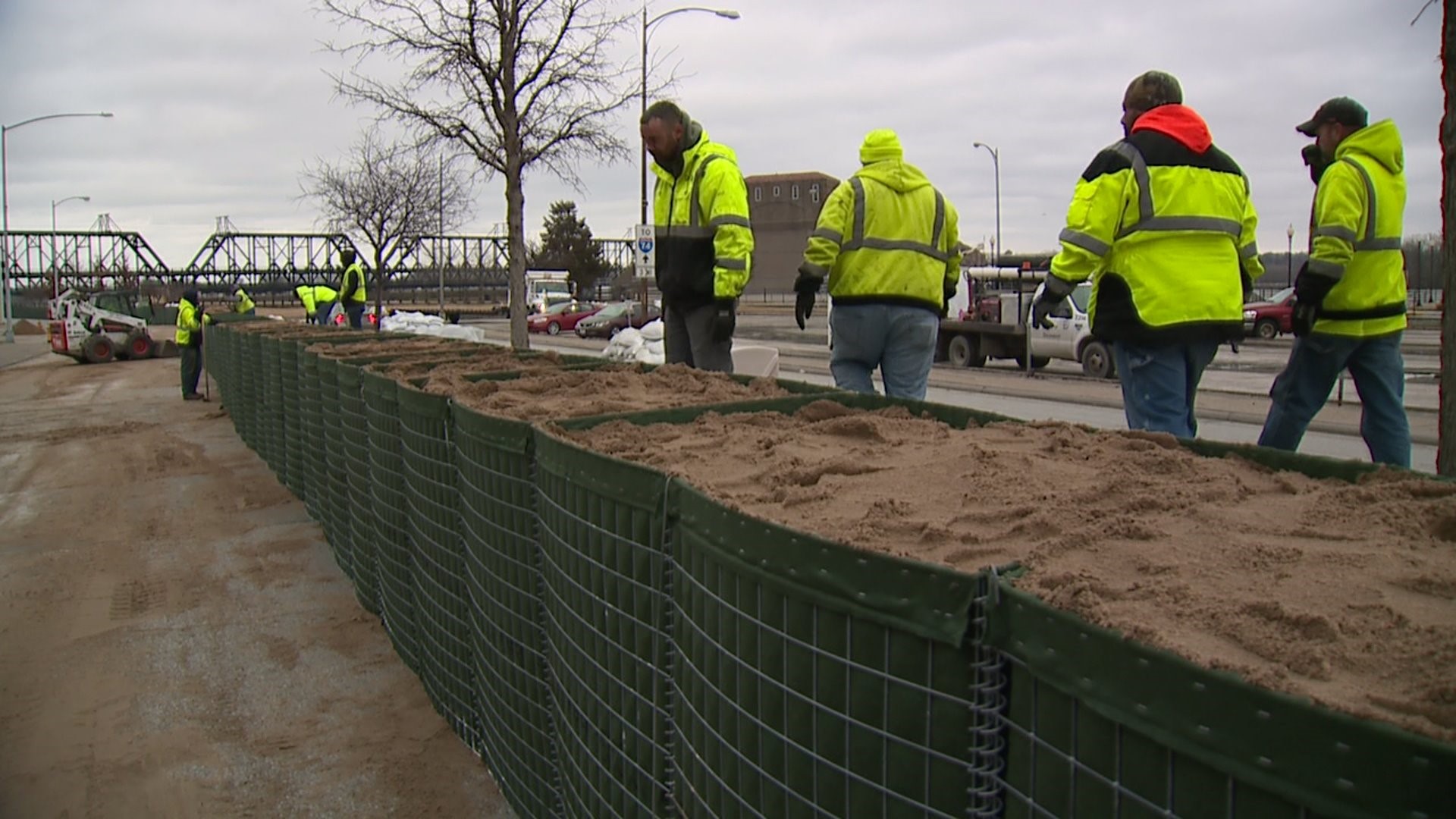 DAVENPORT, Iowa -- For some area businesses in downtown Davenport, there is no way to avoid the rising river.

Roam Bar and Lounge is only two months into their first year on the Mississippi River. The owners, Griffin and Dylan Steil, said they have lived in the Quad Cities their whole life. So when it came to opening their own business in January 2019, they said the knew  Davenport was the place to be.

"We see tons of people come down, a lot of repeat customers, a lot of new people every night," Griffin said.

However, while they should be celebrating their success since their grand opening, customer traffic is hitting a road block. On Friday March 15, Davenport city crews shut down River Drive and began filling temporary flood walls with sand.

From the rising river levels to a halt in traffic, both owners now have a lot to worry about. Still, despite being down on their luck this year, Griffin said he wants to give back. Today, he handed out free coffee to the crews protecting his new business from the rising Mississippi.

"These guys work so hard," Griffin said." Last night there was almost nothing. Now, it looks like we're ready for a flood."

By Sunday March 17th, the Mississippi River will be almost four feet over flood stage.

"We don't take it lightly. We knew it was going to happen at some point," Griffin said. "So we're set up to move out temporarily."

With the roads being closed, Griffin said they are prepared to post signs around downtown to let the public know their business is still open.