The county says it is the homeowner’s responsibility to take care of this home, but neighbors say the house has been abandoned. 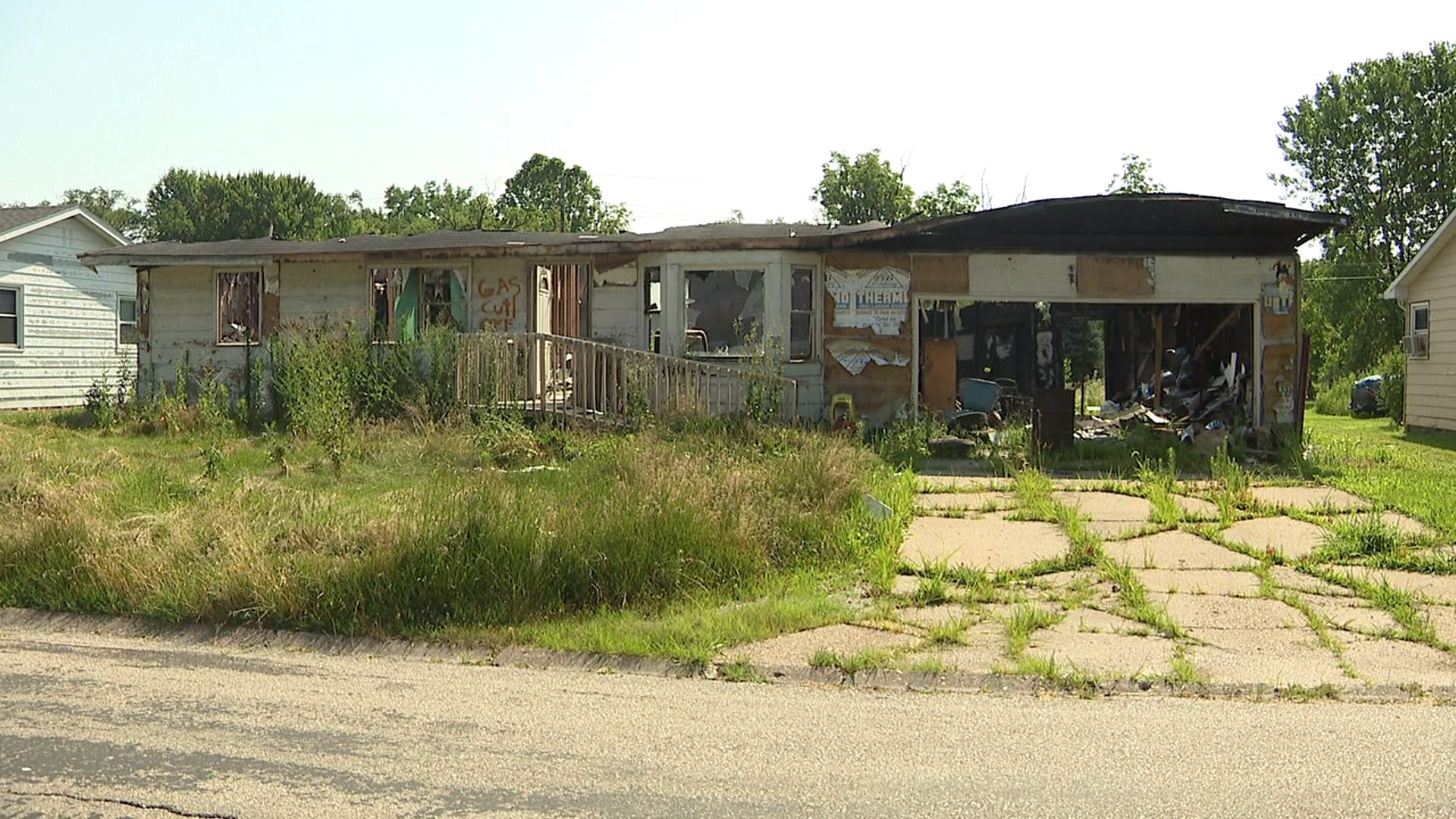 SOUTH MOLINE TOWNSHIP, Illinois - Six months after a fire on 11th Street A, neighbors say the home that went up in flames is a hazard.

The fire happened on one of the coldest nights in Quad Cities history, on January 31st.

Now, the home is still standing and neighbors say they want it to be taken care of.

"After 6 months, don't you think this should be torn down?" said Gary Talbot, a next door neighbor. "I had to chase kids out of the neighborhood that are climbing around in the house. I don`t want to see a kid get hurt. Or worse killed," he said.

Collapsing walls, busted windows, burnt wood, and an overgrown yard full of trash are all part of the concern.

"Board it up. Reinforce it. Get something until you get something in here until you take care of it," said Talbot as he calls upon Rock Island county leaders to help hold the homeowners accountable.

Rock Island County's Director of Zoning and Building Safety Greg Thorpe said a demolition contractor was in contact with the county after the fire, however he said the contractor never obtained a demolition permit to tear the house down.

"I am not sure what the holdup is," said Thorpe.

Neighbors say they've reached out to the county. However, they say nothing has been done yet.

The county says the responsibility to take care of the property falls on the homeowner.

Now, the county has the option to pursue legal action as a way to enforce county codes. No lawsuits have been filed at this time.

Neighbors hope the county can step up and help fix this issue before the home's condition worsens and before somebody ends up getting hurt.