Border agents were surprised when an ordinary-looking shipment of jalapeños came with some contraband. 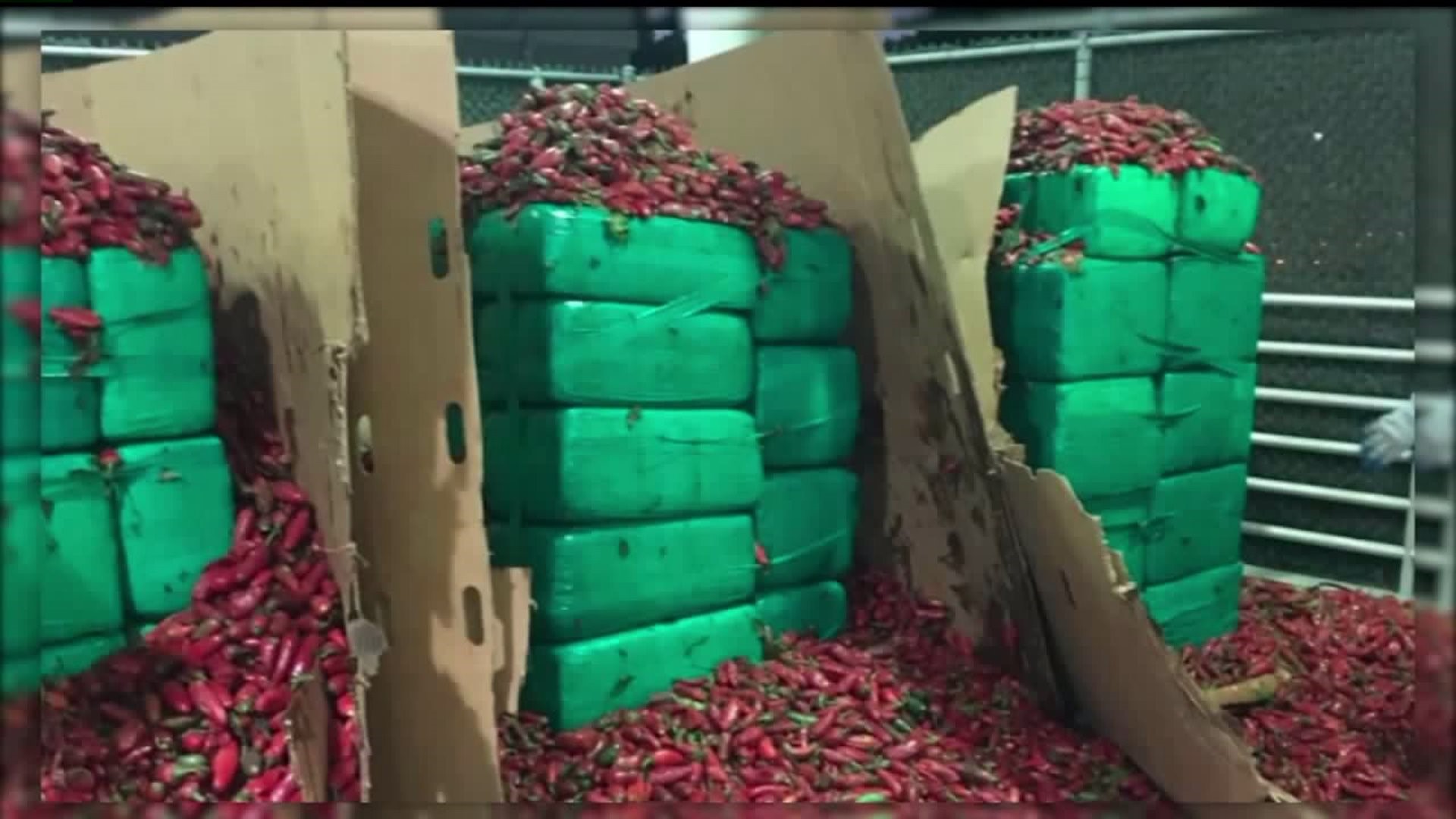 A shipment of jalapeños from Mexico to the US was discovered to be carrying more than just a spicy kick when Border Patrol agents found nearly 4 tons of marijuana hidden in the cargo.

The discovery was made Thursday when a truck driver was flagged for a secondary inspection at the Otay Mesa border crossing in California.

During the inspection, a K-9 team alerted officers to the container with peppers, according to a press release from US Customs and Border Protection.The federal agency didn't say why the driver, a 37-year-old male Mexican citizen, was initially flagged for a secondary inspection.

Inside the pallets of peppers officers discovered over 300 green packages that field-tested for marijuana. Officials estimate the seized drugs are worth $2.3 million.

"I am proud of the officers for seizing this significant marijuana load," said Otay Mesa Port Director Rosa Hernandez in the press release. "Not only did they prevent the drugs from reaching our community, they also prevented millions of dollars of potential profit from making it into the hands of a transnational criminal organization."

There was no word on potential criminal charges against the truck's driver.

Thursday's bust follows a seizure of more than 10,000 pounds of marijuana in a shipment of plastic auto parts that occurred August 13 at the same cargo facility.