The marsh can soak up enough water to fill nearly 303 Olympic-sized swimming pools. 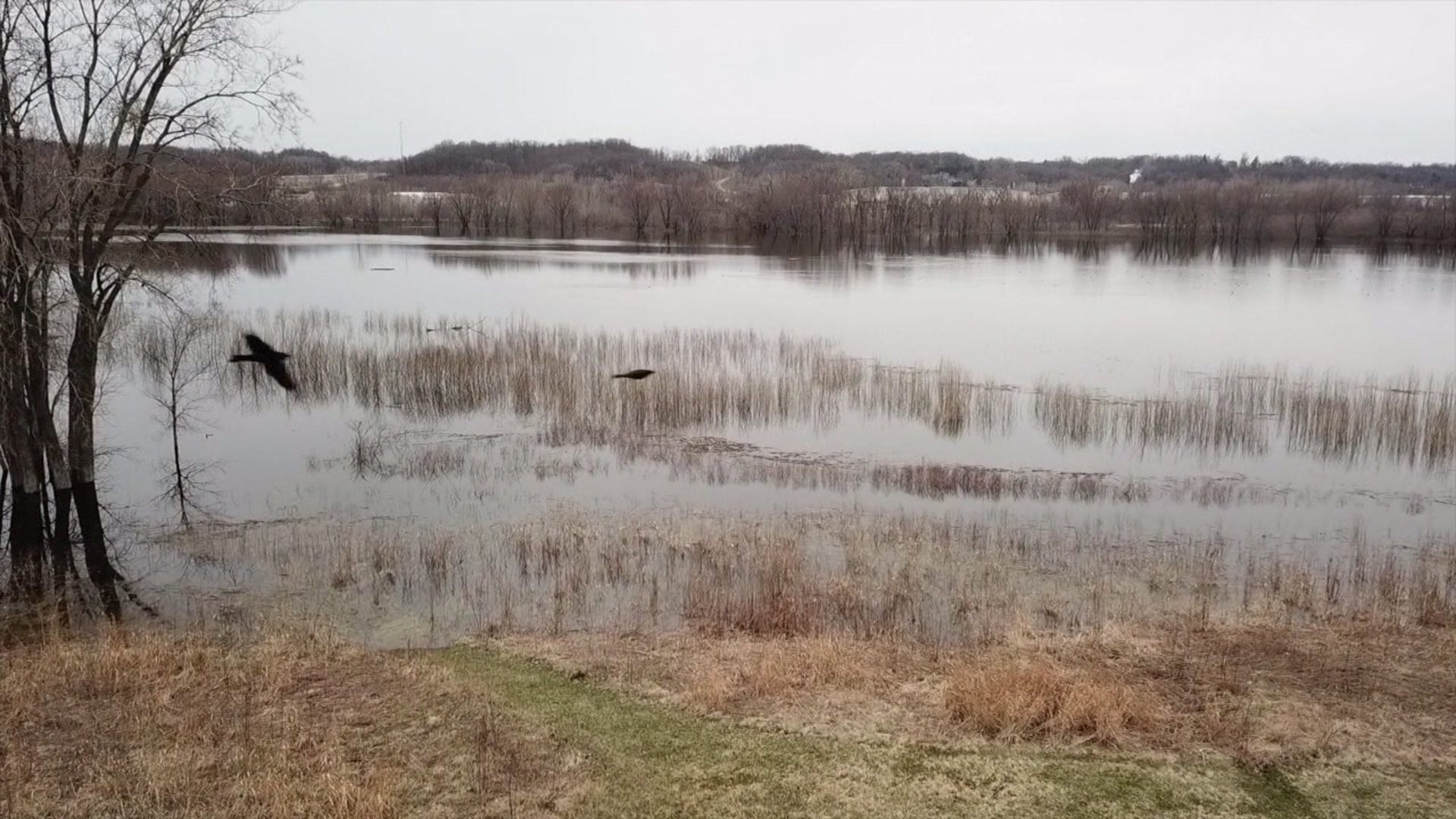 DAVENPORT, Iowa-- The Executive Director of Nahant Marsh says the wetland captures and filters up to two billion gallons of water when the Mississippi River floods. On Wednesday, April 3, the river was expected to crest on April 7 at 20.3 feet.

"The plants and the bacteria and the fish and other things that live here will clean the water," Brian Ritter says. "Those things will help hold back and capture some of the pollution that may be in the water."

Ritter says flood water can contain potentially harmful elements such as phosphorous and nitrogen, as well as debris it picks up. The grass that grows at Nahant causes the marshland to have a spongy texture. The roots grow feet below the surface, forming holes that soak up water.

"The rule is for every foot of some growth, there's about four feet of roots," Ritter says.

The water then slowly drains after flooding, returning cleaner water back to the Mississippi. It also helps alleviate flooding downstream.

"Had this been filled in or had we leveed this off, somebody else would be dealing with this now," Ritter says.

Ritter says 95 percent of the natural wetlands in Iowa have been filled in, and he says that is likely contributing to more frequent flooding.

"People theorize that flooding is getting worse because we've taken what was a giant sponge and converted it into something else," he explains.

Ritter says creating more wetlands along rivers could help with flooding problems and communities near the Cedar and Maquoketa Rivers are starting to look into reclaiming some wetlands.