Since 2011, Dress for Success Quad Cities has empowered nearly 1,700 women achieve economic independence. Laura Steinke is one of them. The 36-year-old Muscatin... 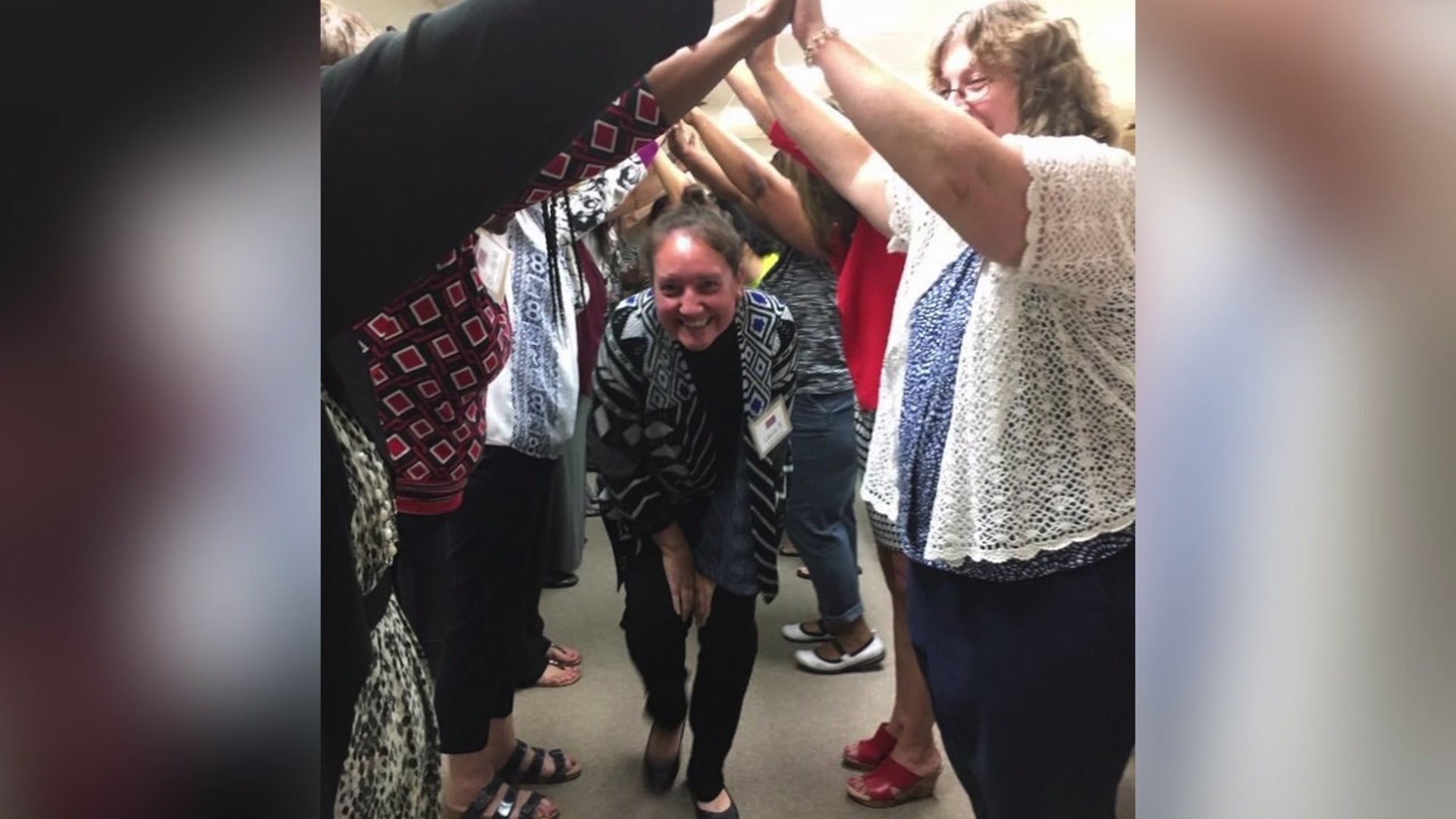 Since 2011, Dress for Success Quad Cities has empowered nearly 1,700 women achieve economic independence. Laura Steinke is one of them.

"I was in a very abusive relationship right after high school," she explained. "The guy tried to kill me - literally - and so that was really tough and it scared me for a long time."

"I just got up the courage to leave one day," she continued. "No one helped me. I had to do it on my own, but I made it. It was very hard. It took me a long time to get over, but it I think I grew from that. You learn from everything you go through."

Learning has meant a lot to Laura.

"It was amazing," Laura said as she described her graduations. "My mother was there with me. My kids were there. My son was there when I graduated from Black Hawk too, so he was there for both of my [graduations]."

Laura worked her way through school and motherhood by working full-time as a black jack dealer, but when her daughter was just a couple months old - she was lost her job of 8 years after having trouble finding daycare on Friday nights.

That's when everything changed.

"I took a little bit of time off and got with Iowa Workforce [Development] and they set me up with Dress for Success," she said. "I got an interview and they said - hey, do you have clothes - and I said no, I really don’t. I wore a uniform for 14 years!

"I’d never heard of Dress for Success and so when I went there, I was like – holy cow, what is this? – there were clothes everywhere, jewelry everywhere, bags and I was like – this is so awesome."

"I felt amazing," she recalled. "I felt beautiful and I felt like I could take on the world!"

She had her interview, got the job, and even got promoted within her first month.

That's not all. Laura then entered the Dress for Success Professional Women's Group - or PWG. This year-long program is known as a "sisterhood" and helps women improve their financial skills, tackle issues like mental wellness, and set themselves up for the next step of success.

"They always teach you that if you feel like you need to do better in life - do it."

She did. In 2018, she got a job at Group O and has now been there for a year and a half. In that time, she also became a volunteer for Dress for Success and was named the local delegate for Dress for Success Worldwide - earning her a trip to the Bahamas for the organization's annual Success Summit earlier this year.

"She's done the work and she's demonstrated that she has the capacity to be a leader," said Regina Haddock, Founder of Dress for Success Quad Cities. "We need more women leaders like Laura."

Laura is "going places and going strong." She wants to help other single mothers in the Quad Cities by organizing a childcare fair - with providers and information all in one spot. She is hoping to hold the event by the end of 2019.

You can help future clients of Dress for Success have success stories just like Laura. The nonprofit had to put its mission on hold after the record-breaking flood on the Mississippi River and they now need your help raising $250,000 for their flood recovery and relocation fund.

There are several ways you can do that, starting this week with two events hosted by WQAD: