It was a first look at the future of Muscatine. The city held a launch celebration for its $42 million hotel and conference center. The project has inspired the... 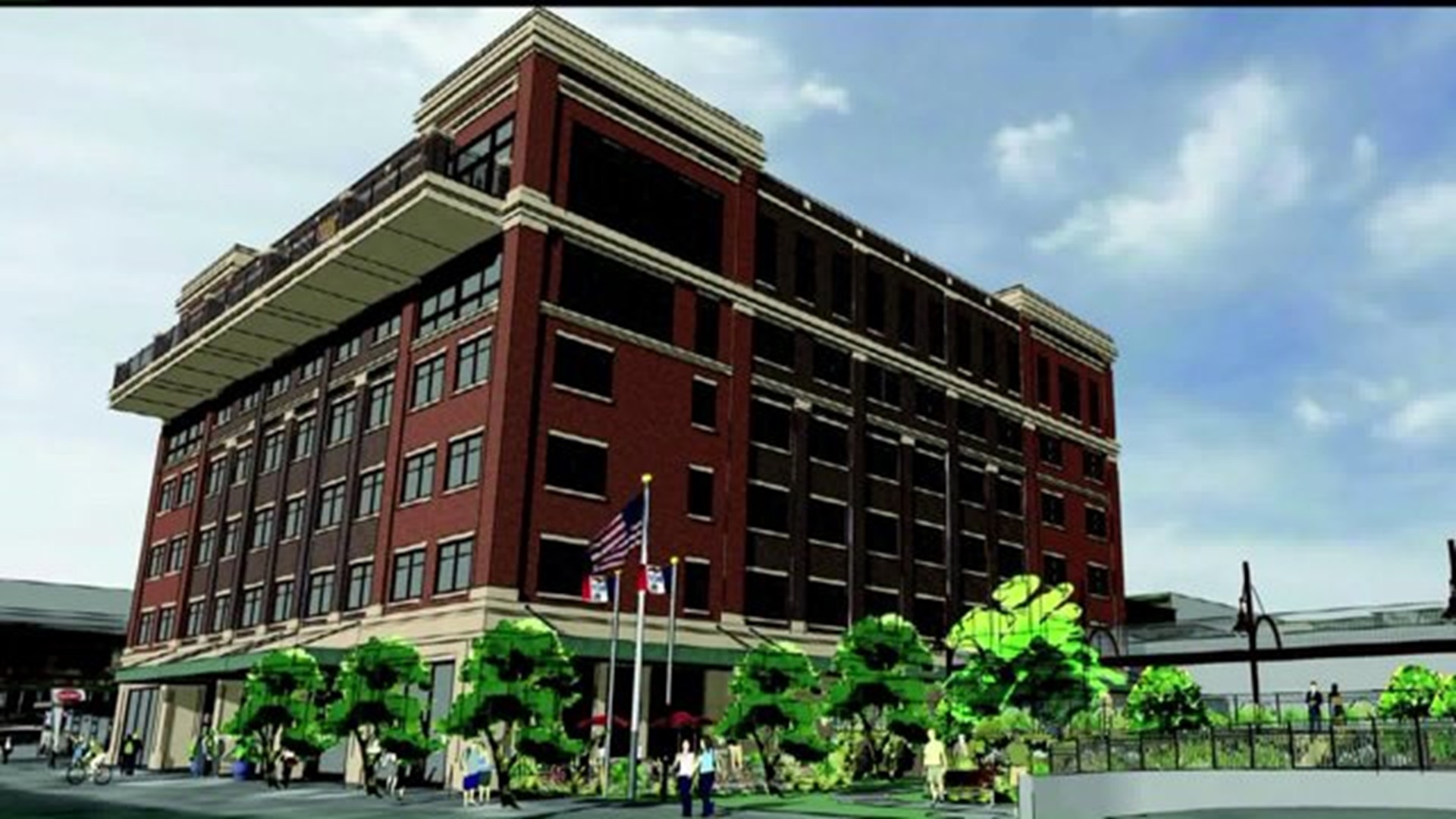 It was a first look at the future of Muscatine. The city held a launch celebration for its $42 million hotel and conference center. The project has inspired the city to think new along the river.

"We`re looking forward to that having an even greater impact to bring people in our downtown," said Greg Jenkins, President and CEO of the Greater Muscatine Chamber of Commerce and Industry.

On Wednesday, the city revealed what the project will look like.

"The interiors will be very classic looking but again with that modern twist," said Andy Maclellan, Chief Operating Officer for the hotel.

The six-story hotel will have 114 rooms, a spa, a fitness center, a state of the art conference center and a parking deck. A crosswalk will connect to the former Hotel Muscatine so people can dine. The project is just one part of redeveloping downtown and improving the riverfront.

"Our plans to make the riverfront even prettier than it is now," said Jenkins.

The hotel expects to bring anywhere from 70-80 people a night.

"This will be one more thing where people will come to Muscatine, having a beautiful place like this to stay right along the river front," Jenkins said. "It should drive more business to our community."

Crews will break ground in September 2015 and the hotel should be up and running summer 2017.