Muscatine man fights panhandlers who refuse his offer of a job

It’s a picture that’s been shared around the world. Two boys panhandling in Muscatine, another man holding a sign telling people not to give them mo... 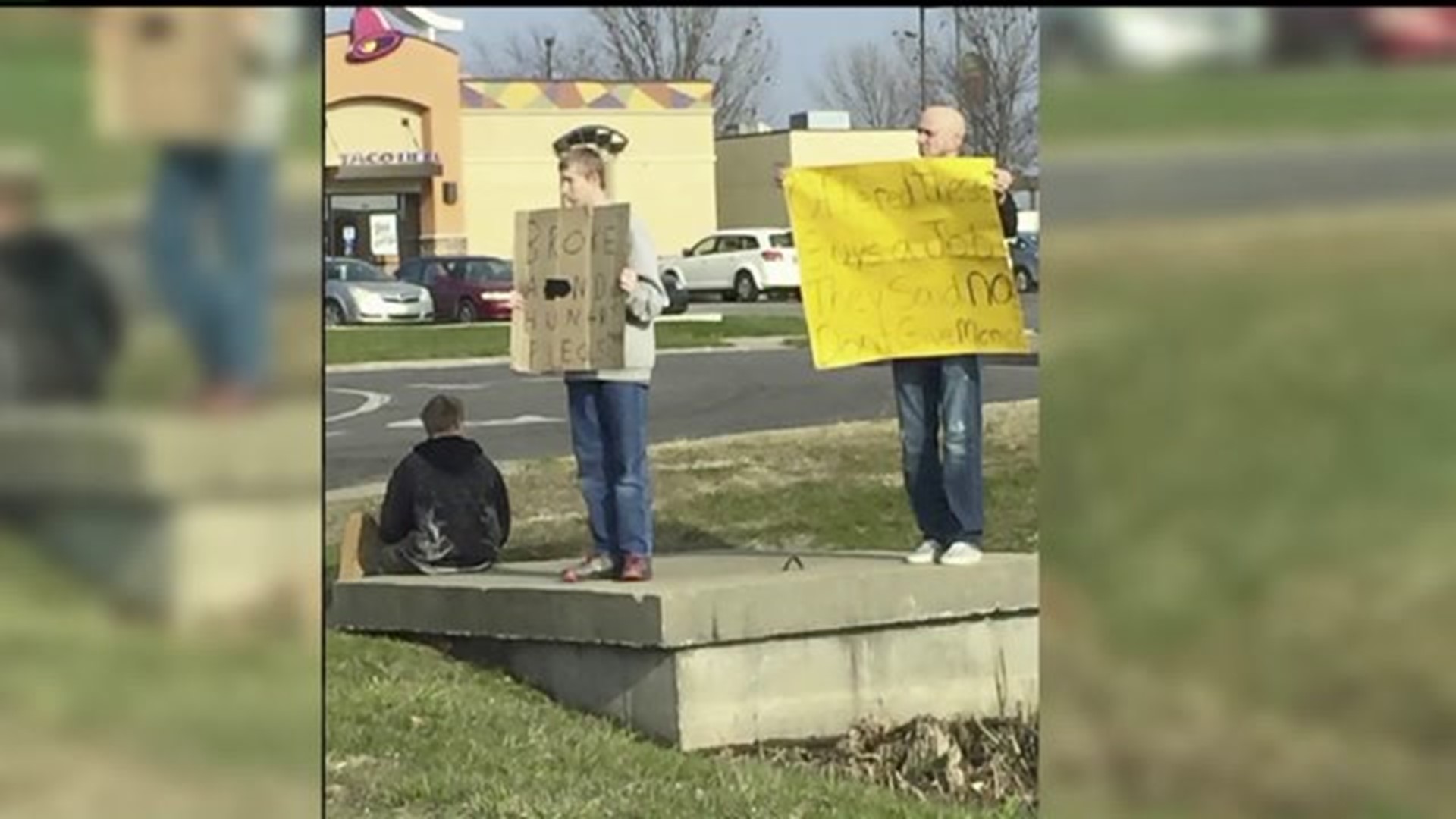 It's a picture that's been shared around the world. Two boys panhandling in Muscatine, another man holding a sign telling people not to give them money.

In Muscatine, Iowa you can find panhandlers several times a week. Among them, are two regulars and, after feeling bad for them, Pothoff offered them a job at his business.

"I said, 'You're hired,' and they said, 'We're not from around here.'  I said, 'Well, you're here,' and then they just smirked and turned around," said Pothoff.

Over the weekend, the same boys were back at it, holding signs saying they're broke and hungry. Once again, Pothoff offered them a job and they declined.

So, Pothoff decided to join them.

Pictures captured Pothoff standing on the corner with them, holding a sign saying, "Offered these guys a job, they said no, don't give them money."

The picture has gone viral.

While Pothoff doesn't have a problem with panhandlers, he says he wants to make sure they really need help.

"There's a lot of women and kids that aren't going to have a lot for Christmas - might not have anything - and it upsets me that we have younger kids, or people that can work, that are doing that," said Pothoff.

It's not the first time Pothoff says he has offered a job to panhandlers, only to have them turn the offer down.  He says it won't be the last time, either.

"If they're going to stand out there and hold a sign and ask for money and say they're homeless, I can hold a sign out there saying I offered these guys a job, don't give them money."

Mike says the job offer is still on the table for the boys.

In Muscatine, people are allowed to panhandle as long as it's not done aggressively.