MUSCATINE COUNTY, Iowa — The Union representing Muscatine County Sheriff’s Deputies says they have no confidence in their sheriff, C.J. Ryan. In a l... 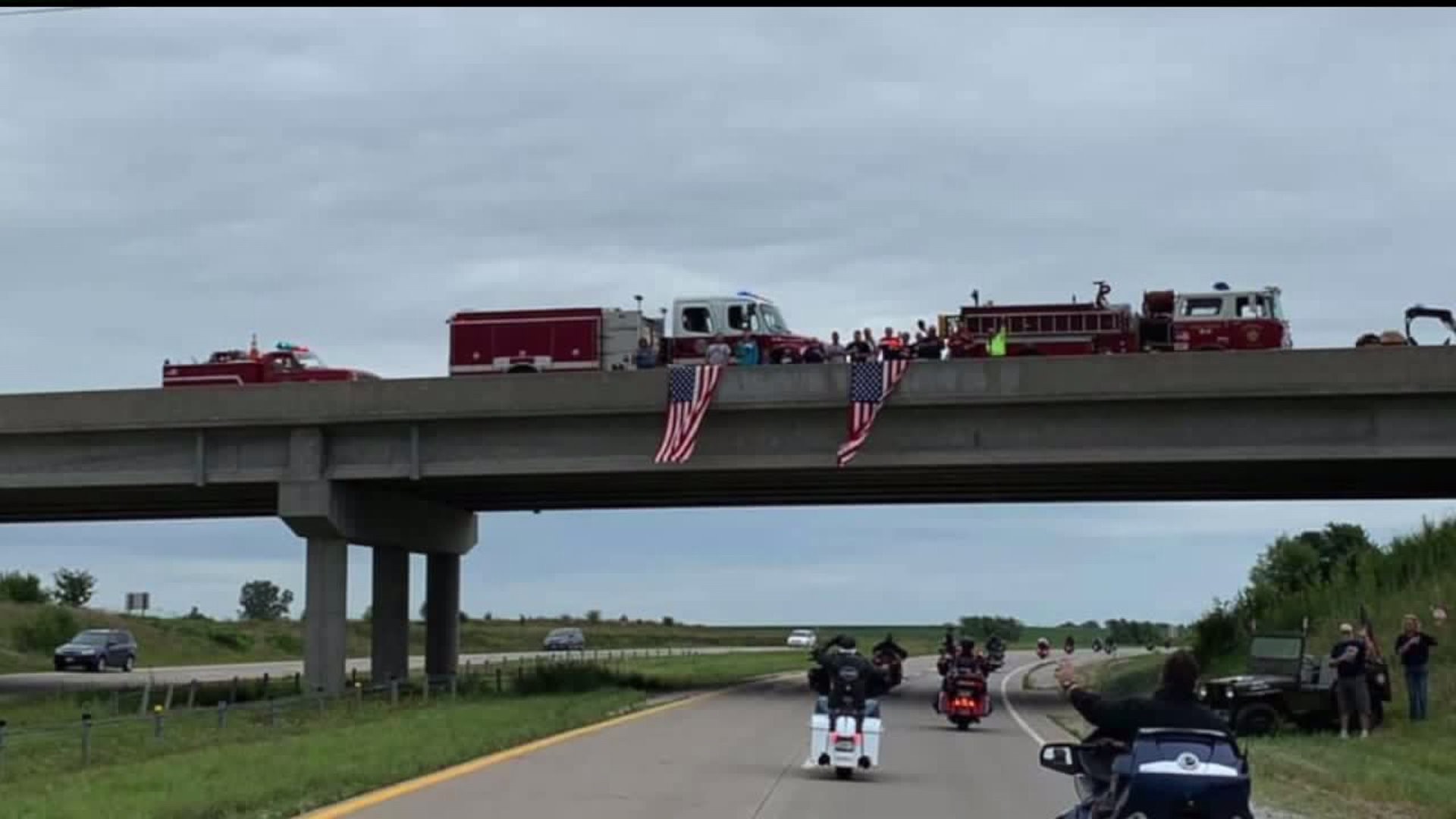 MUSCATINE COUNTY, Iowa -- The Union representing Muscatine County Sheriff's Deputies says they have no confidence in their sheriff, C.J. Ryan. In a letter, the union accuses Ryan of playing favorites and causing low morale among employees.

The letter also complains about dishonest and misleading public comments about Ryan's decision not to offer traffic control support to a local veteran's group that led a motorcycle funeral procession into Muscatine last month.

Cyle Geertz said deputies told him that they were willing to volunteer until the sheriff told them not to. The procession for his brother, Chuck "Bowtie" Geertz, had gone well from Kansas City, where he died, with many onlookers and law enforcement offering their support and admiration for the fallen veteran along the way.

"There were people standing on the side of the road, there were flags out," Geertz said. "I mean this was not a motorcycle thing, this was a veterans thing. This was a respect thing," he said.

The group included as many as 400 motorcycles, Geertz said. But on the last leg home from Nichols to Muscatine, there was no help from the authorities for traffic control.

"So it was like it went from this amazing show of respect to this dismal disrespect, nobody there," he said. "This is his hometown, born and raised in Muscatine," he said.

Muscatine County Supervisors heard Geertz complaints at board meetings on August 29th and September 9th. They agreed to send a letter to County Attorney Alan Ostergren to ask whether the sheriff had made an illegal order.

Ostergren returned a letter a few days later that said the sheriff's order was not illegal because the "allocation of law enforcement resources is necessarily a task that is committed to his discretion." Days later, the union representing the deputies published its letter of no confidence in Sheriff Ryan.

Emotions still run high, and Geertz says he plans to continue to pursue this all the way to the Iowa State Attorney General.

But most of all, his brother Chuck will be missed.

"You know, I'm never going to be able to call him again. And say hey, let's go for a ride," Geertz said.