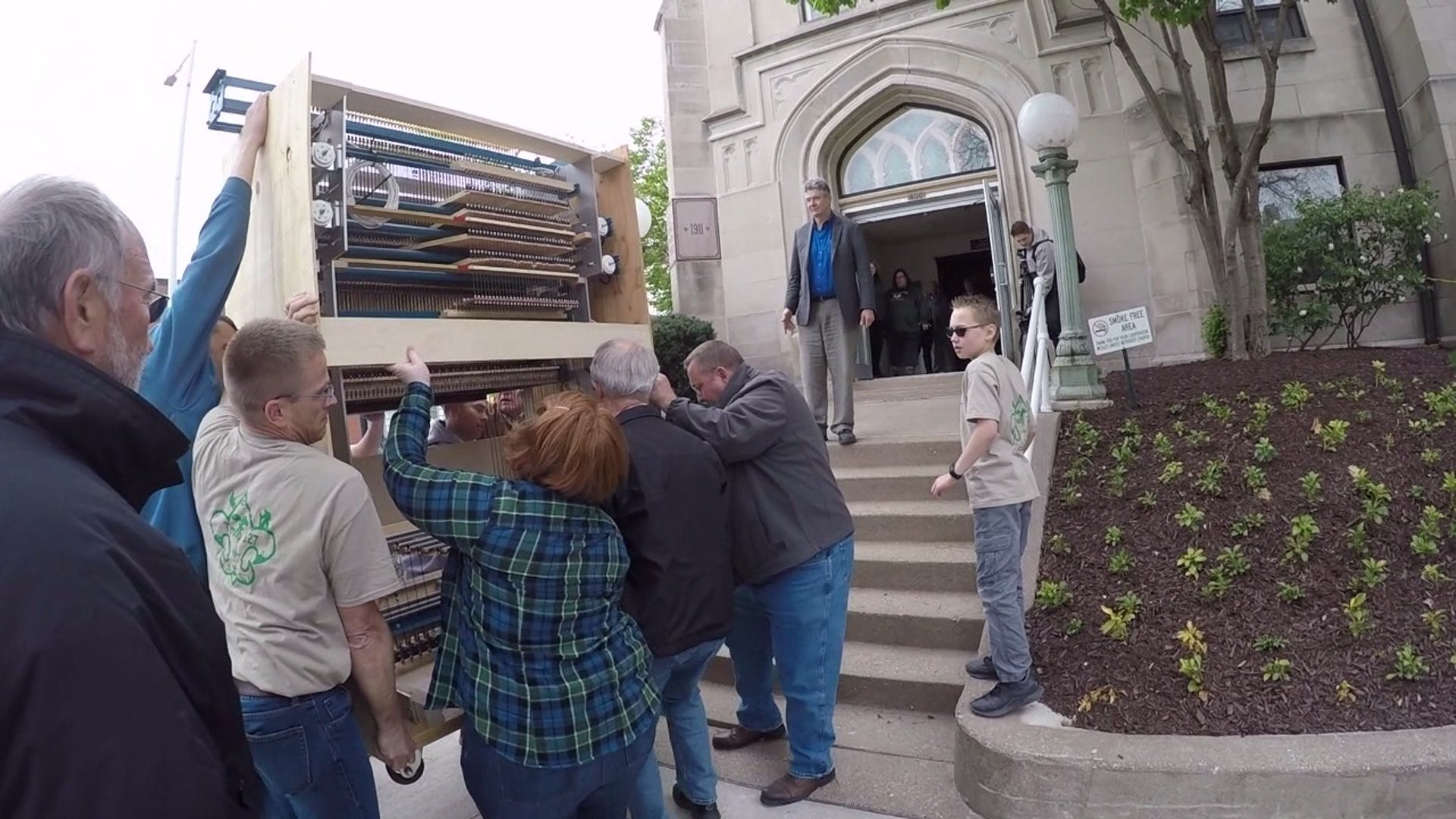 Wesley Methodist was damaged by an EF2 tornado back in 2016, which completely took out the front of the church including the organ built back in the 80’s.

A church isn’t the same without its organ, and Wesley Methodist hasn’t had its vocal chords for over two years.

“It will be very much, at sometimes, like a human voice,” says Sally Potter, the church organist.

Potter knows the organ should be right in the center of the church, which is now a gaping hole in the middle of the church.

“As shocking as it was to see the previous organ destroyed and the hole in the building, it’s the opposite end of the spectrum of emotions on that,” Potter says.

On Sunday, emotions were running high for Potter and members of the congregation.

“The organ, as we speak, is out on the curb out in the truck,” Potter explains.

Piece by piece, members of the congregation unload the truck from Massachusetts, carrying the 2,000-piece organ up the stairs to its new home.

“It’s not everyday you get to unload a multi-million-dollar organ,” comments Spencer Blair.

Potter can’t wait to take the organ for a test drive once it’s ready to go.

“Playing this instrument will be like driving a sports car compared to the family station wagon,” Potter comments.

Like a person, every organ has it’s own unique voice and this one already has a name.

The church will completely have its vocal chords back in November when the organ is finished.  The organ takes months to put up and cost $3 million in total.