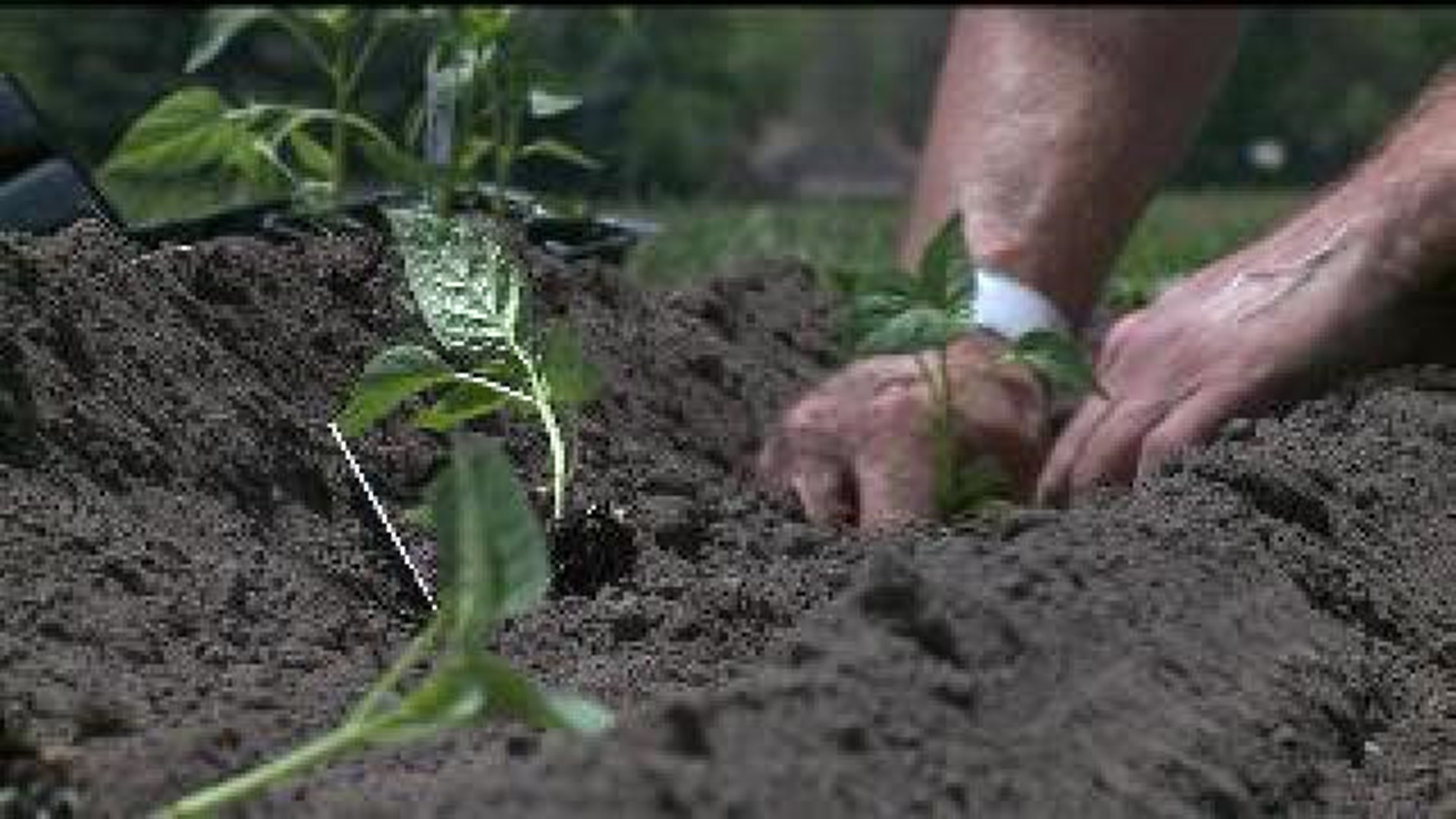 For eight hours a day, up to 20 inmates at the Mount Pleasant Correctional Facility in Mount Pleasant, Iowa care for a garden on prison grounds.

The Mount Pleasant Correctional Facility is a medium security facility that currently has 856 offenders and focuses on the treatment of male offenders with treatable character disorders and substance abuse problems, according to the Iowa Department of Corrections. There is a separate unit for women.

No more than 20 inmates that meet strict criteria are identified as “Minimum Out” and are allowed to work in a garden that produces vegetables including corn, zucchini, melons, green peppers, onions, tomatoes, potatoes, cabbage, and various squash.

On average, the garden the inmates take care of produces between 80,000 and 90,000 pounds of food. The food is then served to inmates or stored in a cooler for future use.

The food produced goes to the prison’s kitchen, where 120 inmates work.

“A lot of them, we’re teaching them the only trade they know. A lot of them come without job experience or without a meaningful job and by teaching them that discipline and actually how to operate that equipment at least they’ve got something to rely on when they go outside in the community,” said Mike Shepherd, Food Service Director.

“Well, hopefully this will help in the real world, ya know. The things I was doing wasn’t very good for me, so hopefully this will give me the tools to rehabilitate myself,” said Justin Bruess, has two years left on his sentence for meth use and has been working on the garden for three months.

In addition to helping to rehabilitate prisoners, the garden is helping the correctional facility’s budget.

“About 10 percent of my budget is saved by the garden,” said Shepherd.

The Illinois Department of Corrections has similar gardens.

According to Tom Shaer, Director of Communications for the Illinois Department of Corrections, 23 different prisons grow vegetables.

At the Vandalia Correctional Facility, they estimate between $30,000 to $40,000 worth of vegetables are grown and consumed by inmates every year.