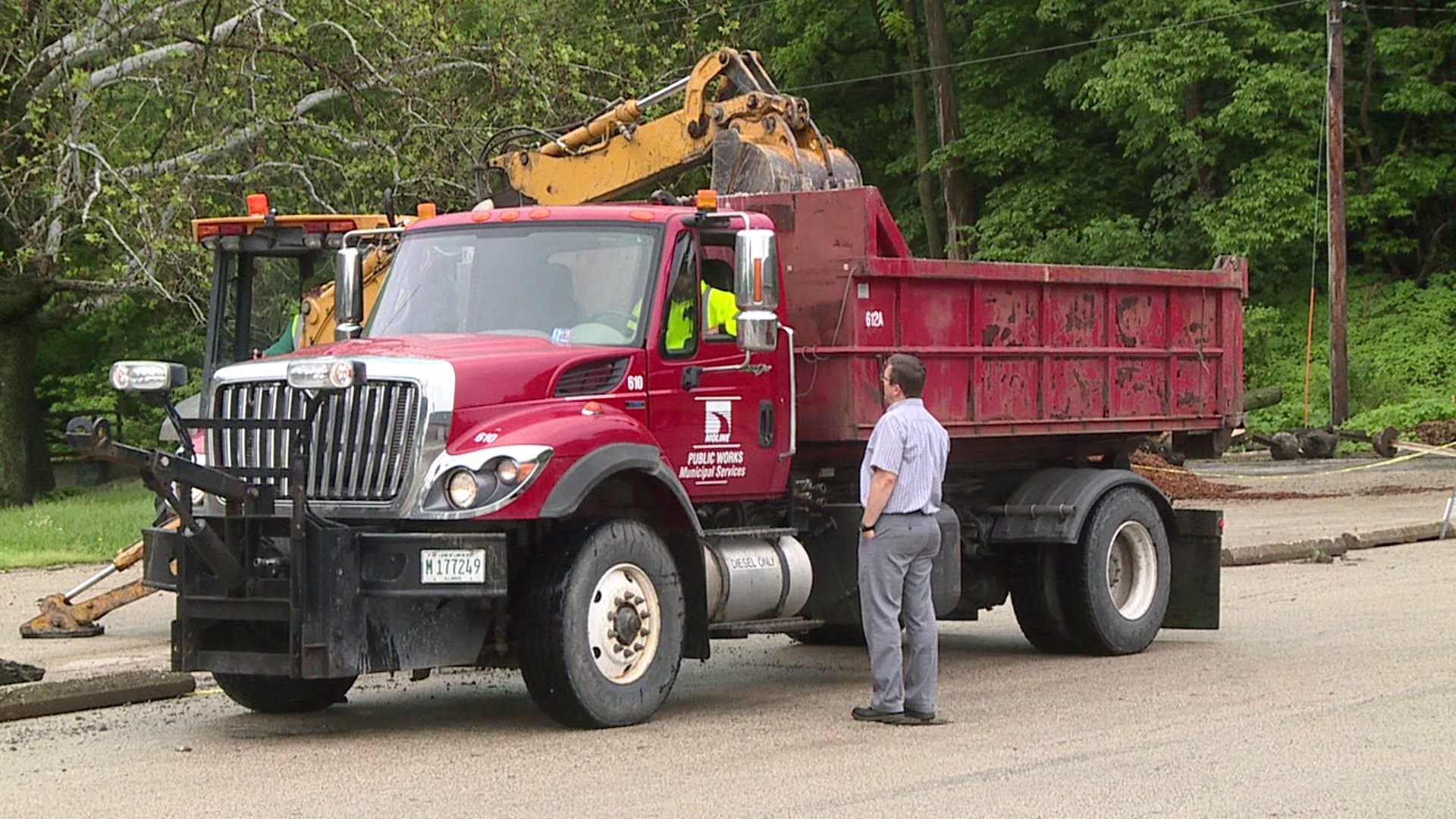 MOLINE, Illinois - A long winter, and a wet spring have caused crews at the Moline Public Works Department to fall behind, according to Rodd Schick, General Manager of Municipal Services for the city.

Staff has been working nights, weekends, and overtime trying to keep up with extra work this year.

Greg Vanvoltenburg said he enjoys his job. He has been working for the department for more than 30 years.

"It's been challenging. people are wore out. You know, they put in a lot of hours," said VanVoltenburg

It's May 29, and he said the year of 2019 has been one of the most challenging years he has ever worked.

"The snow just never quit and now it's almost the same with flooding. You get everything cleaned up and then here we go again," VanVoltenburg explained.

Pothole filling was taking place on May 29, that is a job that should've been completed two months ago, according to Schick.

Alley clean up should have started about a month ago, but has yet to begin.

And the parking lot construction at Riverside Park would've been completed about a month ago, but Schick said they just have not had time. They were working on the parking lot when News 8 caught up with them on May 29.

The challenge stems from the weather. Mother Nature has sent Moline into a season of almost non-stop flooding, after a season of near record-breaking snowfall and brutal cold.

"It's already been half of a year and crews have been doing all kinds of extra stuff that's above and beyond what we would normally experience," said Schick.

The work is time consuming and drains energy as more thunderstorms and flash floods this week set teams back even further.

"This morning some of the projects we were going to do are on hold because they have trees down that have to be cleared," said VanVoltenburg, a crew leader.

Right now, city leaders remain hopeful that they will be able to catch up on work, saying "we will get through this."