More than 70 dogs rescued from a home in Burlington, Iowa

77 Shih Tzu’s were taken from a home in Burlington, Iowa. 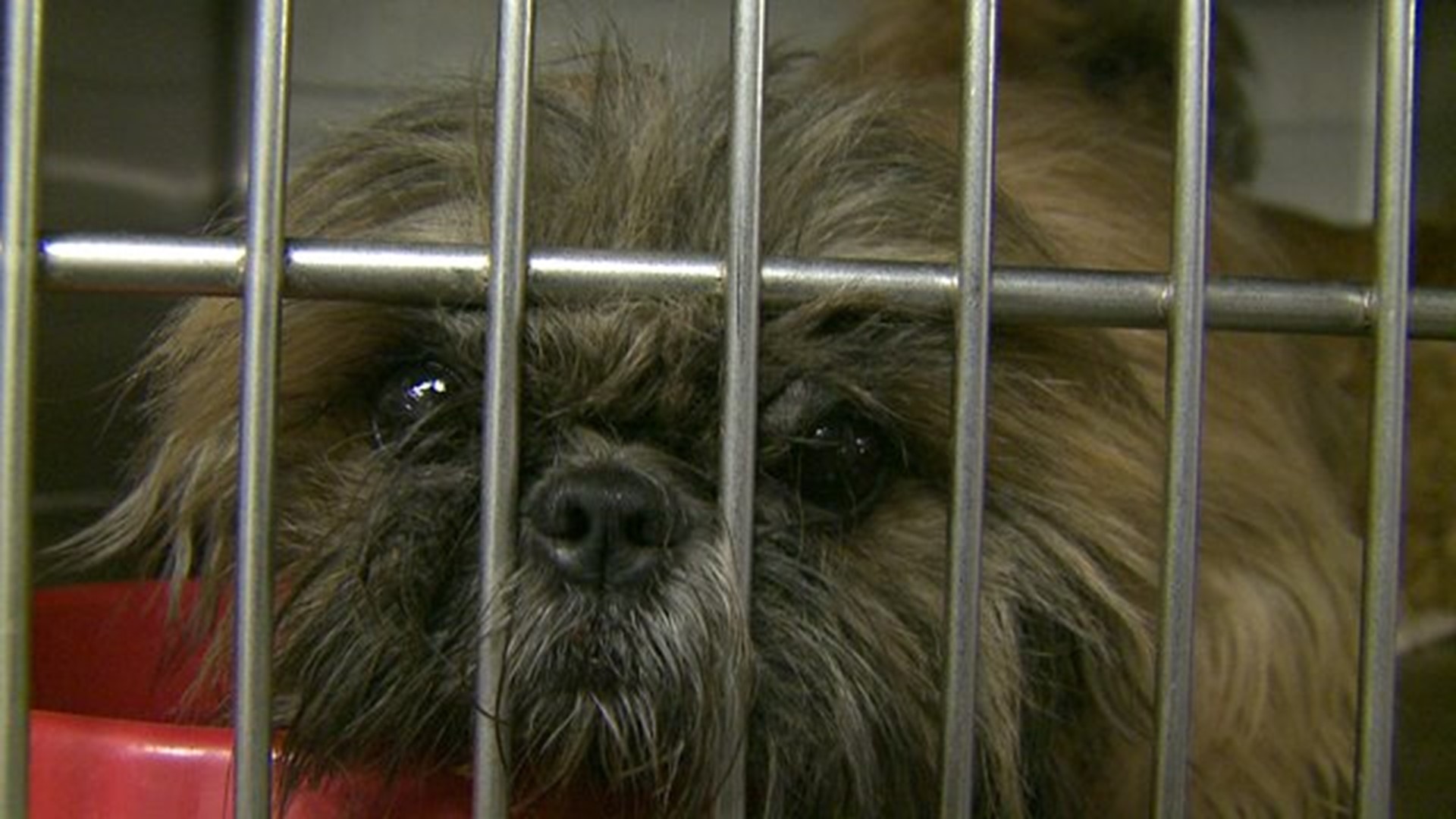 FORT MADISON, Iowa — For Sandy Brown, director of PAW Animal Shelter, animals are her life and her life just got a whole lot more full.

77 Shih Tzus were taken from a home in Burlington, Iowa after the owner died in December.

"She was a breeder of Shih Tzus, from what I understand and her husband passed away and she became very ill, I think it`s something that just got out of control, her health was not well," said Brown.

The shelter originally got a call from a relative about the dog situation, Brown said she wasn't sure what they would find at the home.

"Truthfully, I was very happy with the condition in which they were in because we went in thinking they were all gonna be just horrific," said Brown.

There are 37 of the dogs at PAW Animal Shelter in Fort Madison, Iowa and the other 40 are at AHeinz57 in De Soto, Iowa.

"We were just happy that they called us to come and rescue them, it`s an unfortunate thing and sometimes life happens and it just gets away from you," said Brown.

The Shih Tzus are going to need some love and care before they are adopted.

Brown said she believes that all of the dogs will find a home.

CLICK HERE if you are looking to adopt you can fill out an application on their website and the shelter will contact you when they are ready to adopt.