Eligibility for unemployment depends on a lot of things, including how long a worker has been working for the company. 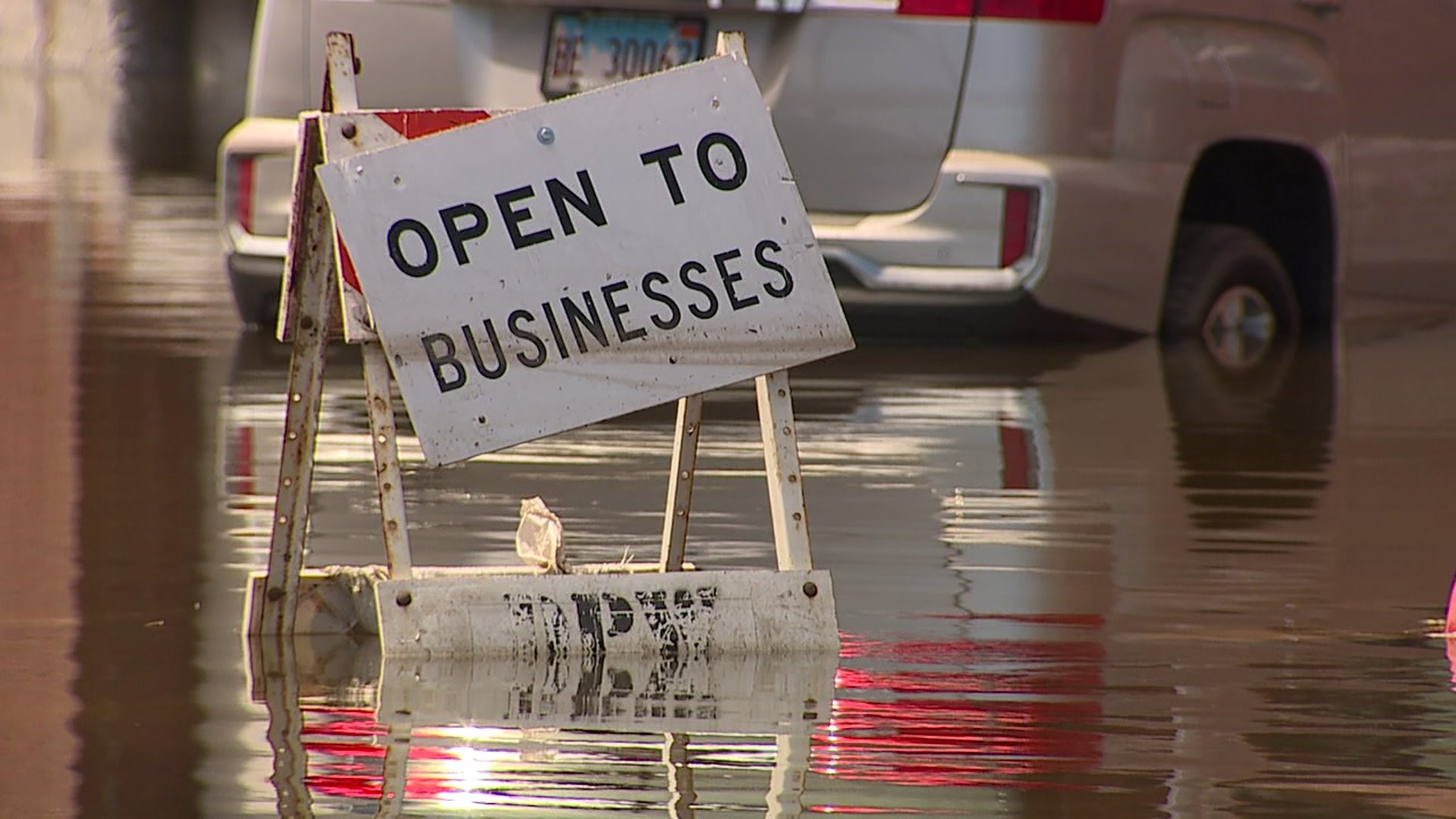 More than 30 businesses have been forced to close after a temporary flood barrier broke in downtown Davenport on Tuesday, April 30.

Employees at those businesses are now left without work.

"Car payments, mortgages, utilities, living expensive, said Dylan Steil who owns Roam, a bar and restaurant located at River Drive and Pershing Avenue in Davenport. "We are just trying to make sure those (expenses) are covered and make sure (employees) are not tight in this time of need."

Steil tells News 8 about 25 people worked at Roam before the flood protection broke. Most of them were full-time employees.

President Trump is the only person with the ability to allow workers here to apply for disaster unemployment assistance through FEMA.

Right now, Martha Garcia-Tappa, a Business Marketing Specialist with the Iowa Workforce Development office in Davenport, says Scott County is not one of the seven counties in Iowa that have received the federal disaster deceleration.

That means people in Scott County can not get federal help yet.

However, they might be eligible for state help for up to 26-weeks.

"We have seen an increase in traffic here in the office with folks coming in to file for unemployment insurance." said Garica-Tappa.

Their office is located at 902 W Kimberly Road in Davenport.

Eligibility for the benefits depends on a lot of things, including how long a worker has been working for the company.

That can be tricky for many of the new businesses now underwater.

Roam, for example, has only been only for about five months.

"Roam has been a success because the employees gave it their all everyday that they came in. So now we can give a little bit back to them. We are not worried about any cost we are going to incur. We are going to rebuild and get back up on our feet. Right now the focus is on them," said Steil.

Roam has started raising funds for their employees by starting an online campaign, and putting together an event called "Floodapalooza."

Temporary help for workers ready to get back on the job in Davenport.