Seven more cats were pulled from a home in Monmouth where more than 80 were living. 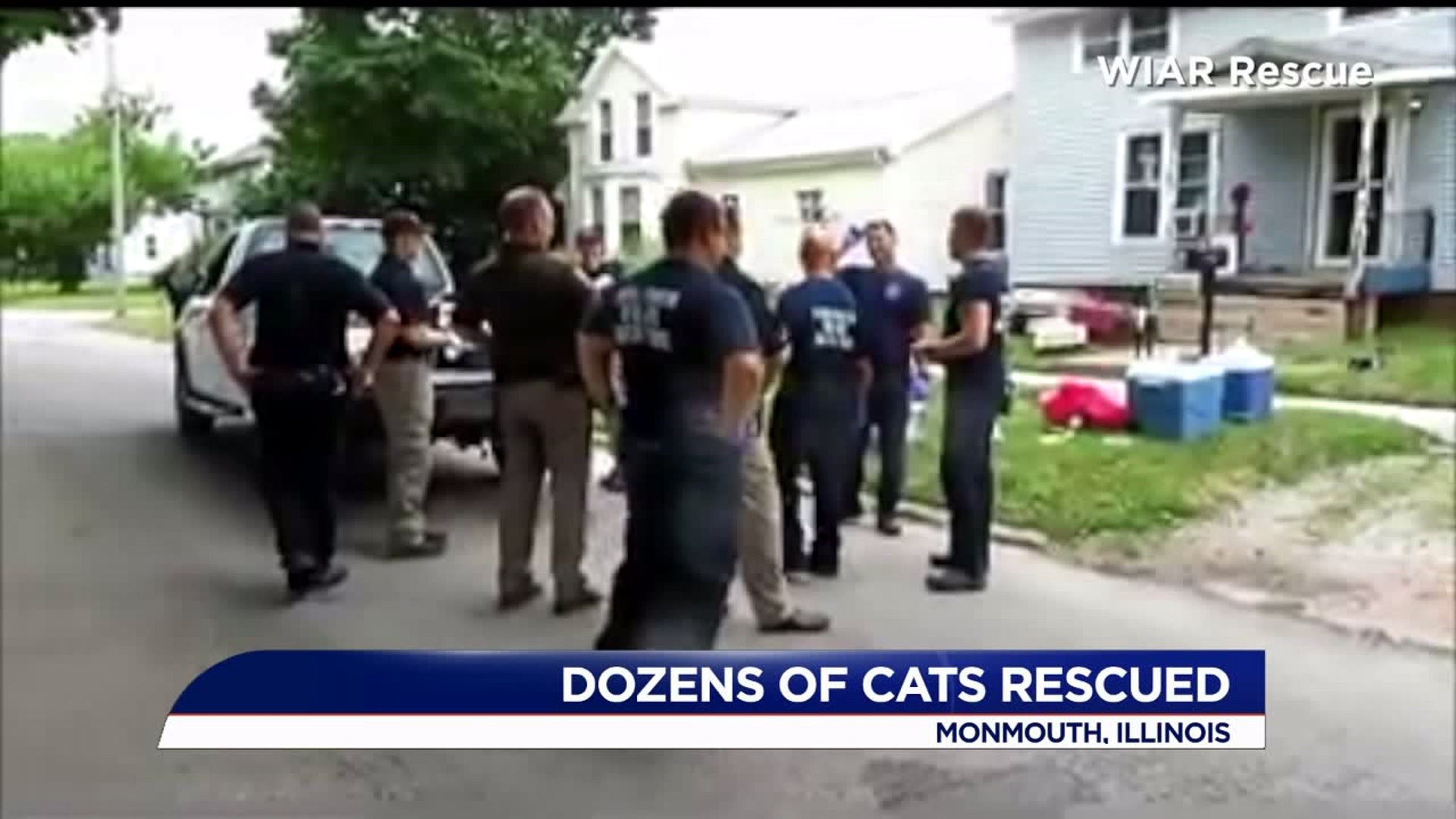 UPDATED: MONMOUTH, Illinois -- Seven more cats were found at a Monmouth home where 86 cats in total were living.

79 cats were pulled from the home on Tuesday, July 16 in the 300 block of West 3rd Avenue, according to a statement from the department. The homeowners called the Monmouth Police Department after finding seven more cats the next day.

The homeowners have returned to the house.

Police said they had several reports of "a large feline population" at the home.

Complaints indicated that the living conditions were dangerous to those living there, according to police.  Officers were able to get a warrant, inspected the conditions and took the cats out of the home.

The people living there were evaluated by on-scene medical personnel.

The cats were taken in for observation and treatment.  Western Illinois Animal Rescue (WIAR) were at the scene when the cats were being pulled from the home.

In a Facebook post, WIAR said all the animals are being treated for fleas and will get shots for rabies and distemper.  The organization is asking for help with housing and caring for the animals.  Click here for information on how to donate or volunteer.  Donations can also be dropped off at 500 West Harlem in Monmouth.