ROCK ISLAND ARSENAL — Among hundreds of people honoring those who have served was one mother remembering her son. Barbara Ritter was the keynote speaker a... 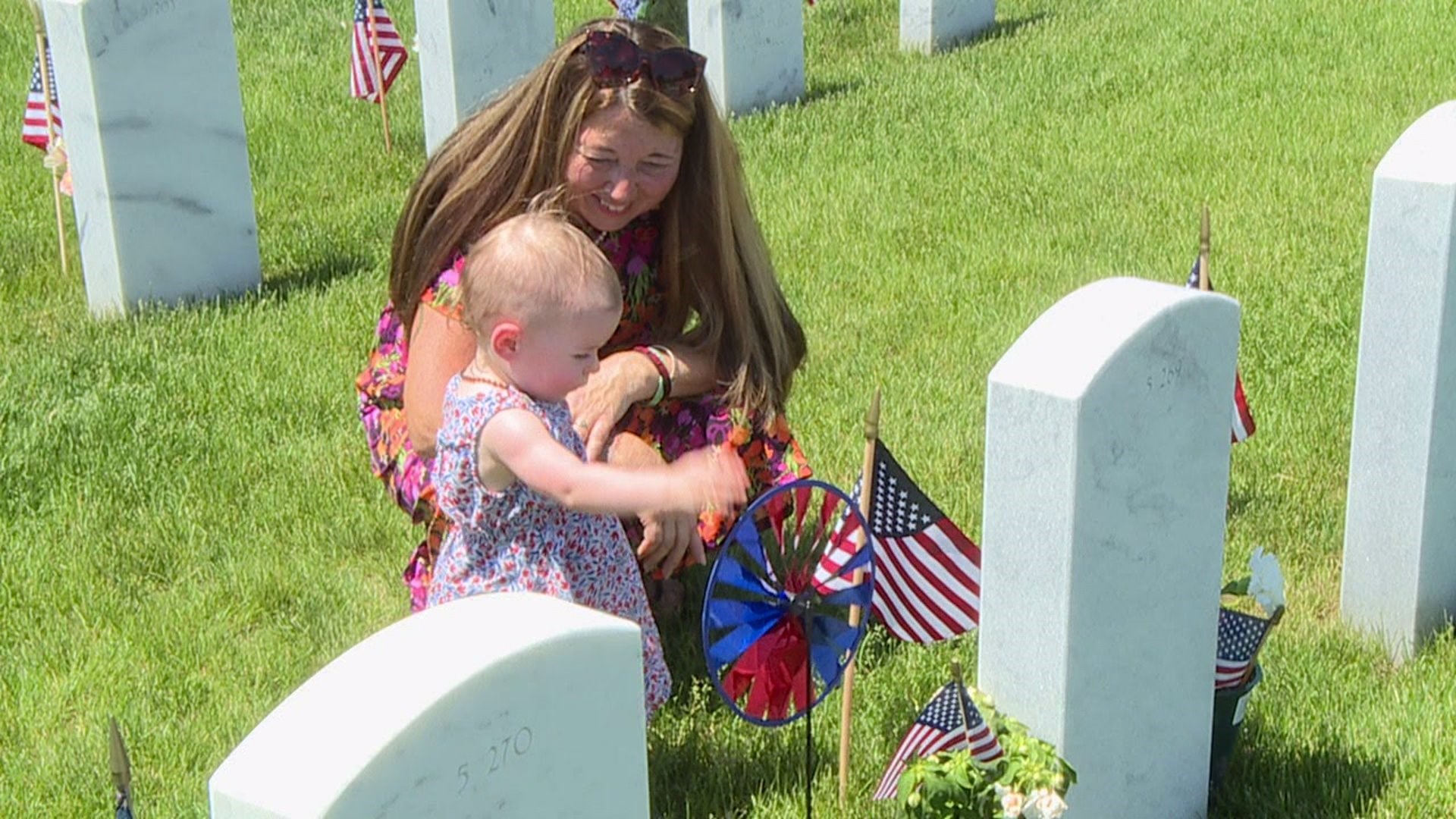 ROCK ISLAND ARSENAL -- Among hundreds of people honoring those who have served was one mother remembering her son.

Barbara Ritter was the keynote speaker at the Rock Island Arsenal's 2018 Memorial Day service.  Going into her speech she said she wanted those listening to feel as if they knew her son, Sgt. Leevon Ritter.

Leevon joined the Army right out of high school.  Barbara described him as the type of young man who could achieve anything he set his mind to.

"He just loved life, he loved joy, humor and laughter and he was quite an inspirational man to be around," said Barbara.

Leevon was in the Army for six years and served two tours in Iraq. He passed away in 2012 after a motorcycle accident.

In remembrance of Leevon, Barbara and her family carry a permanent reminder of his life and personality: a smiley face tattoo.

Barbara explained that his "I'm awesome" sentiment wasn't out of arrogance but came from his view on life.

Leevon was buried in the Rock Island National Cemetery on the Rock Island Arsenal. His gravestone isn't hard to find.  Just look for the red smooch in the corner and a carved phrase that says, "I am awesome."

Barbara said her family is pushing Leevon's legacy forward, by naming his niece after him: Quinn Leevon.