Kelly Mattson was not expecting any gifts from her husband this Valentine’s Day. She said they didn’t normally think much about it and would just ex... 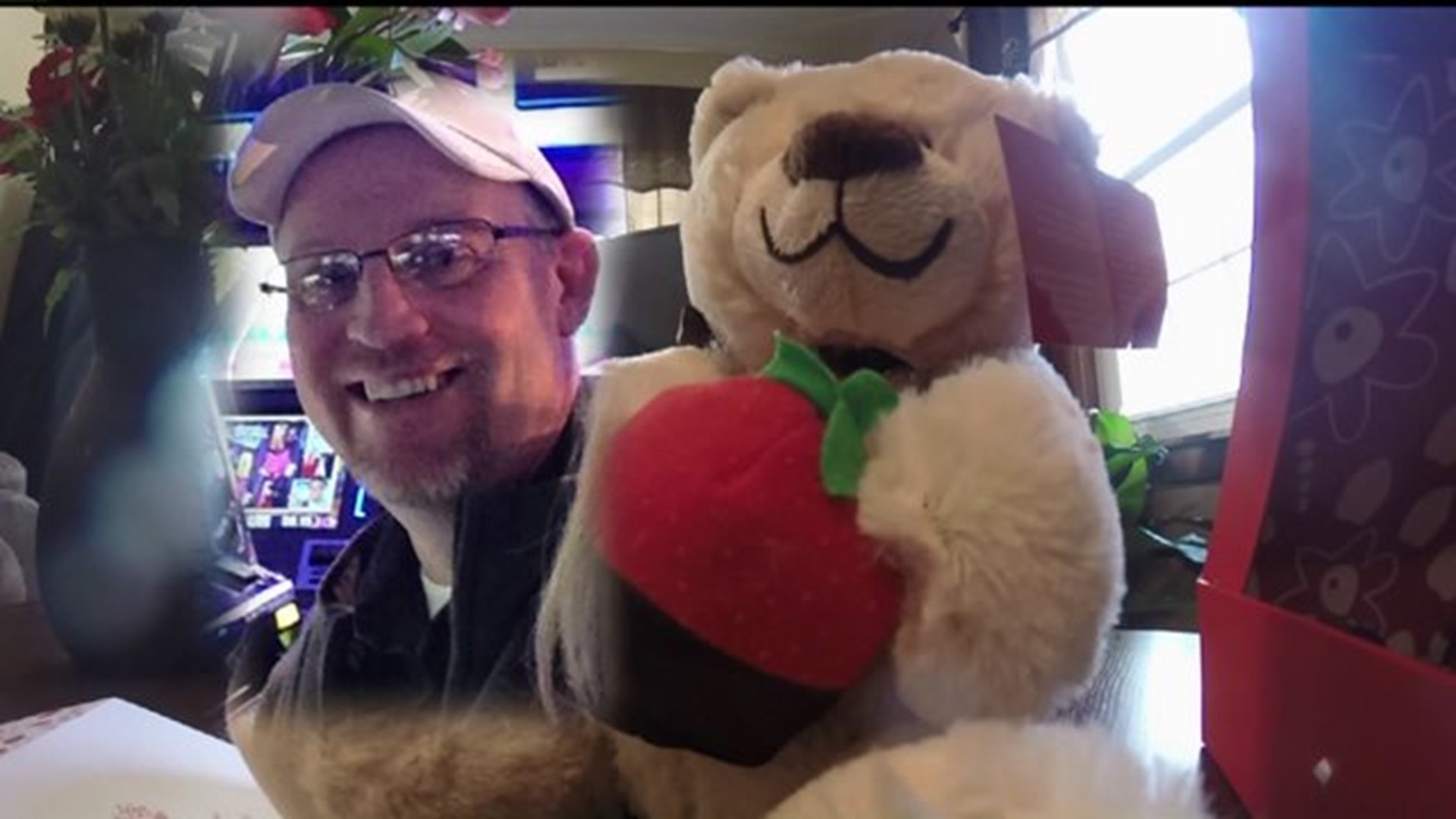 Kelly Mattson was not expecting any gifts from her husband this Valentine's Day. She said they didn't normally think much about it and would just exchange cards and the usual "I love yous."

Kelly especially didn't expect anything this year because her husband, Randy, had died from a massive heart attack just one week ago, while he had been working to renovate their house.

"His family had a history of heart problems. We were working on our bathroom and he was trying to carry things up and down the stairs when he shouldn't have been," Kelly said. "I came home and found him, and it was just too late."

She said it has been an overwhelming week for her.

"I think the worst part is getting back into the routine and trying to live without the companionship of him," Kelly said. "There's also a constant fear of not having him here for my boys, but if I couldn't find something, I found it. If we needed something, we had it."

However, it was the thing she didn't need or expect that surprised Kelly this Valentine's Day, when she found a bouquet of flowers and a box of chocolate covered strawberries waiting for her at work from her late husband.

"It's not unlike him to give me flowers, but to do that, that far ahead and have it set up for me already was amazing," Kelly said. "Then the card in it says, 'Happy Valentine's Day, Randy. P.S. Save some for me.' That's just amazing to me, that's just the icing on the cake."

She said the surprise was like a little piece of heaven.

"It really just doesn't even surprise me that this happened. I almost would just look at him and say, I knew you would do something. I knew you would have that last ding, because that's how he was," Kelly said.

"There were so many things leading up to that day," Kelly said. "Like him showing me in the bathroom where he had planned on finishing things, so that I had a mental picture of everything. So when his brother came in and asked what his plan was, I actually knew."

They're hoping to have the bathroom finished in about another week or so.

As for the other men in her family, Kelly said they are now rushing to try and show their wives the same appreciation Randy showed his.

"My sister told me that my brother-in-law got her 12 roses yesterday," said Kelly. "Didn't say 'I love you,' didn't say 'Happy Valentine's Day' or anything, he just said, 'I can't let Randy outdo me.'"

The two have lived in their house in Moline for over 15 years and had been married for 24 years.