The Rock River in Moline is no longer projected to surpass record-level heights. 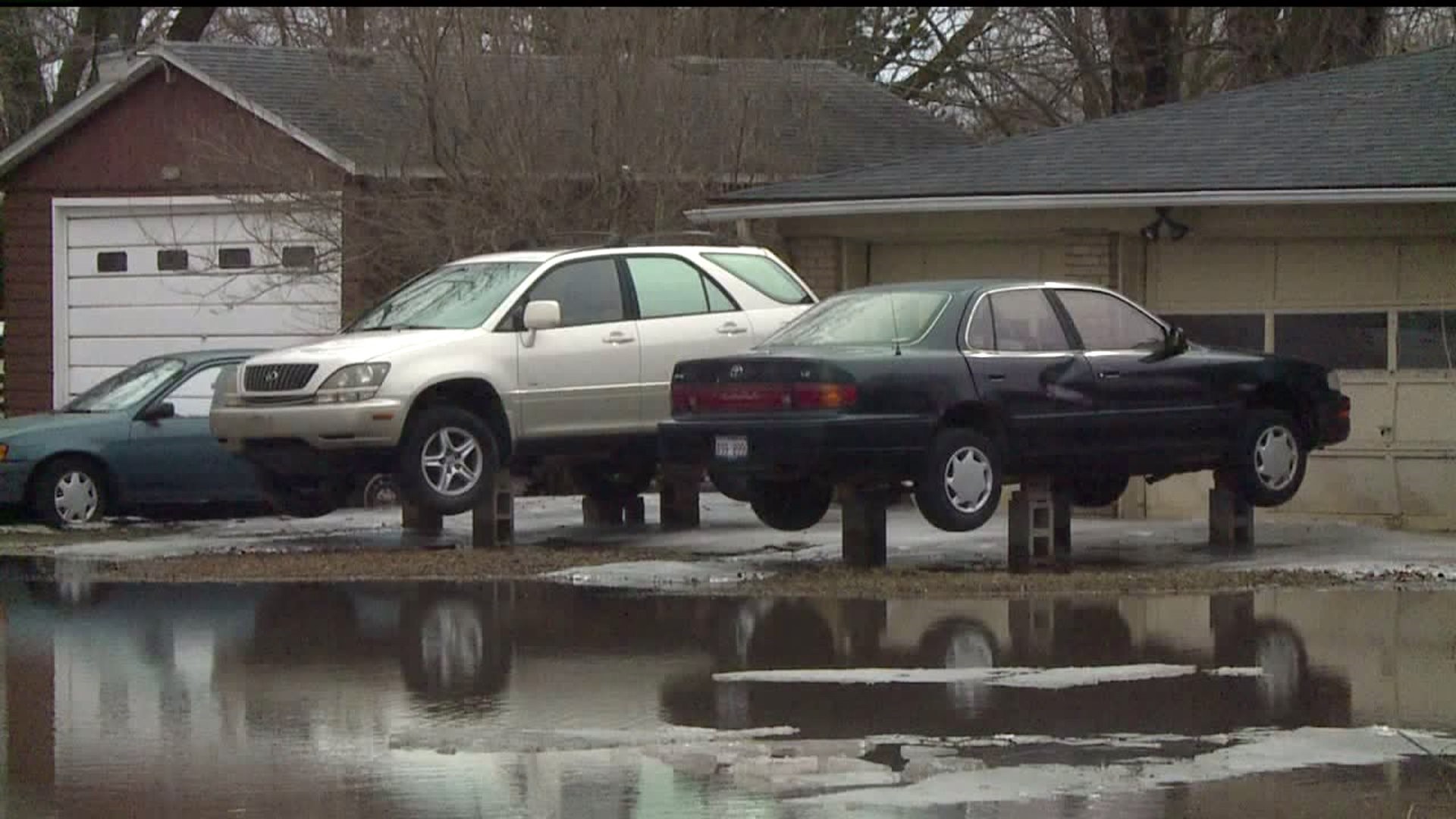 MOLINE, Illinois -- The Rock River in Moline is no longer projected to surpass record-level heights.

As of Wednesday, March 13 the Quad City National Weather Service was projecting the Rock River would come within inches of a record-setting crest back in 2013. The river reached 16.53 feet in April that year. It covered North Shore Drive and South Shore Drive, creeping right up to homes in the area.

Further along North Shore Drive portions of the road were already blocked off to traffic. Homeowners in the area worked to raise their cars out of flooded waters.

The river levels are expected to continue rising going into the weekend. Projections estimated that the river would crest at 16.3 ft. by Sunday March 17th. The record was set back in 2013 at 16.5 ft.

Back then, Rick Whyffels learned the hard way what impact flooding can have. His tree farm, Whyffels Tree Farm, was almost completely wiped out by record flooding.

"We had trees down at the bottom of this field -- 3-foot trees -- that were totally submerged," Whyffels said. "The whole tree was under the water so we lost all our trees. So we quit planting down there."

The past 10 historic crests on the Rock River in Moline have happened within the past 48 years.