Jamie Hesler lives in Moline with her young son. They spend most of their mornings playing and watching cartoons. Jamie’s other passion, in addition to he... 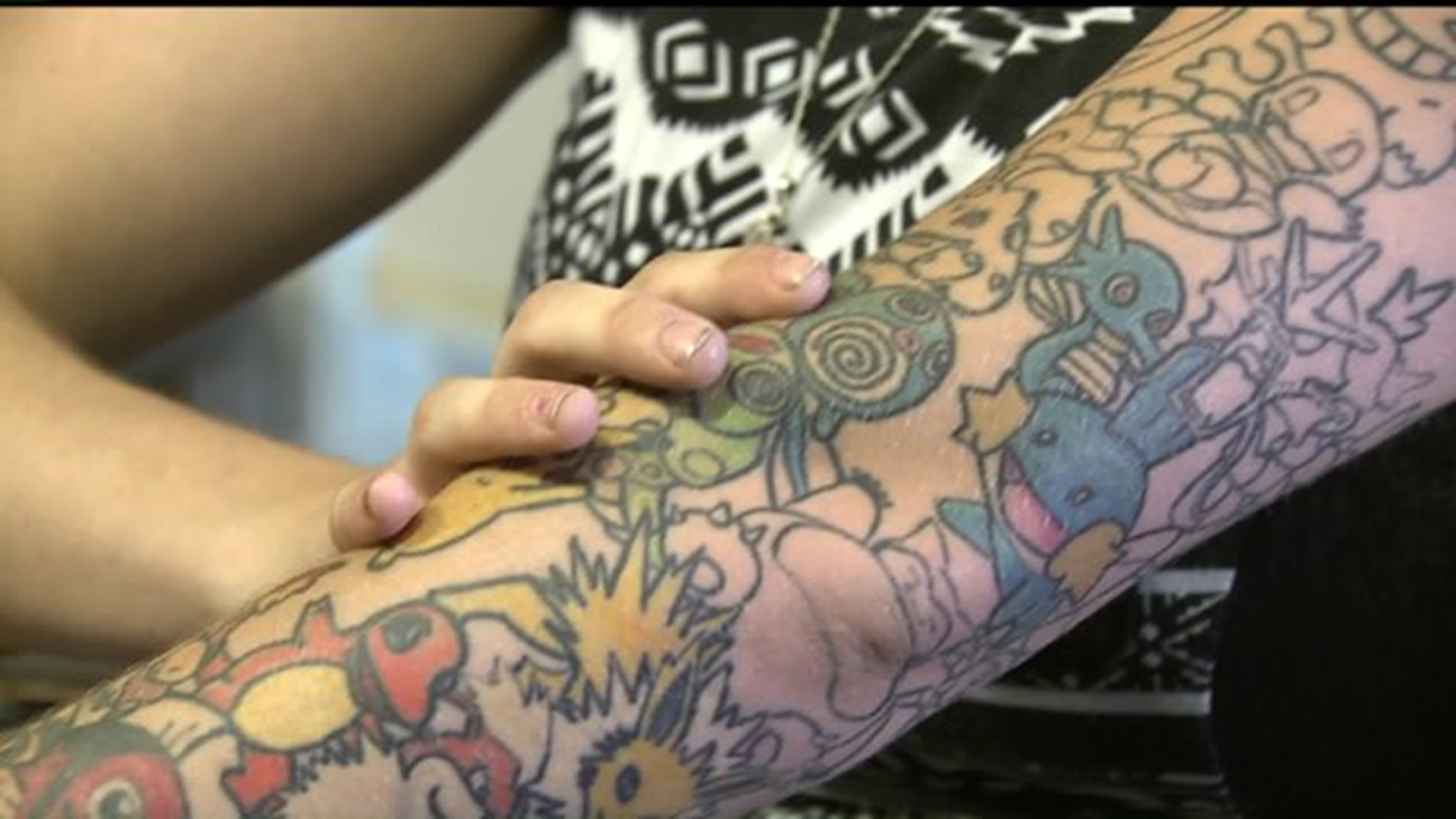 Jamie Hesler lives in Moline with her young son. They spend most of their mornings playing and watching cartoons.

Jamie's other passion, in addition to her family, are her tattoos.

"I've had tattoos since I was 18," Jamie said. "I started working at a tattoo shop and they didn't pay me, I was a volunteer, so they told me they would give me tattoos for free."

As a result, Jamie's left arm is covered from wrist to shoulder in Pokemon characters, her favorite show.

So when Jamie received a message from someone she didn't know on Facebook over the weekend, she was shocked to see it filled with hate and disgust.

Jamie posted a video to her Facebook account reading the message through her own tears. The video has already had over 22,000 views in the last three days.

"'You are presenting a negative influence to the younger generation and should be ashamed of the image you're presenting,'" Jamie read in the video. "'Body art is a gateway to violent and harmful substances and your choice of covering your body in tattoos will not only affect your child's decisions in life, but also young adults who see you.'"

Jamie said the woman who sent her the message advised her to get rid of her body art or cover it up.

"'I highly suggest you take my advice or you will go nowhere in life, and neither will your son,'" said Jamie.

Jamie said she deleted the message and won't reveal who the woman was who sent it. She said she wants to protect the woman's identity so others don't target the woman, as she targeted Jamie.

"My tattoos are all Pokemon characters. They are the most child friendly tattoos I've ever seen. I have a lot of kids come up to me and they're like, 'oh my gosh it's Pokemon, oh it's Picachu.' They think it's so cool," said Jamie.

Jamie said she wants others to see her story and raise awareness on discrimination against people with tattoos.