Matt Hart thought it would be a riot if city crews returned to a seasonally decorated barriade, complete with Christmas lights. 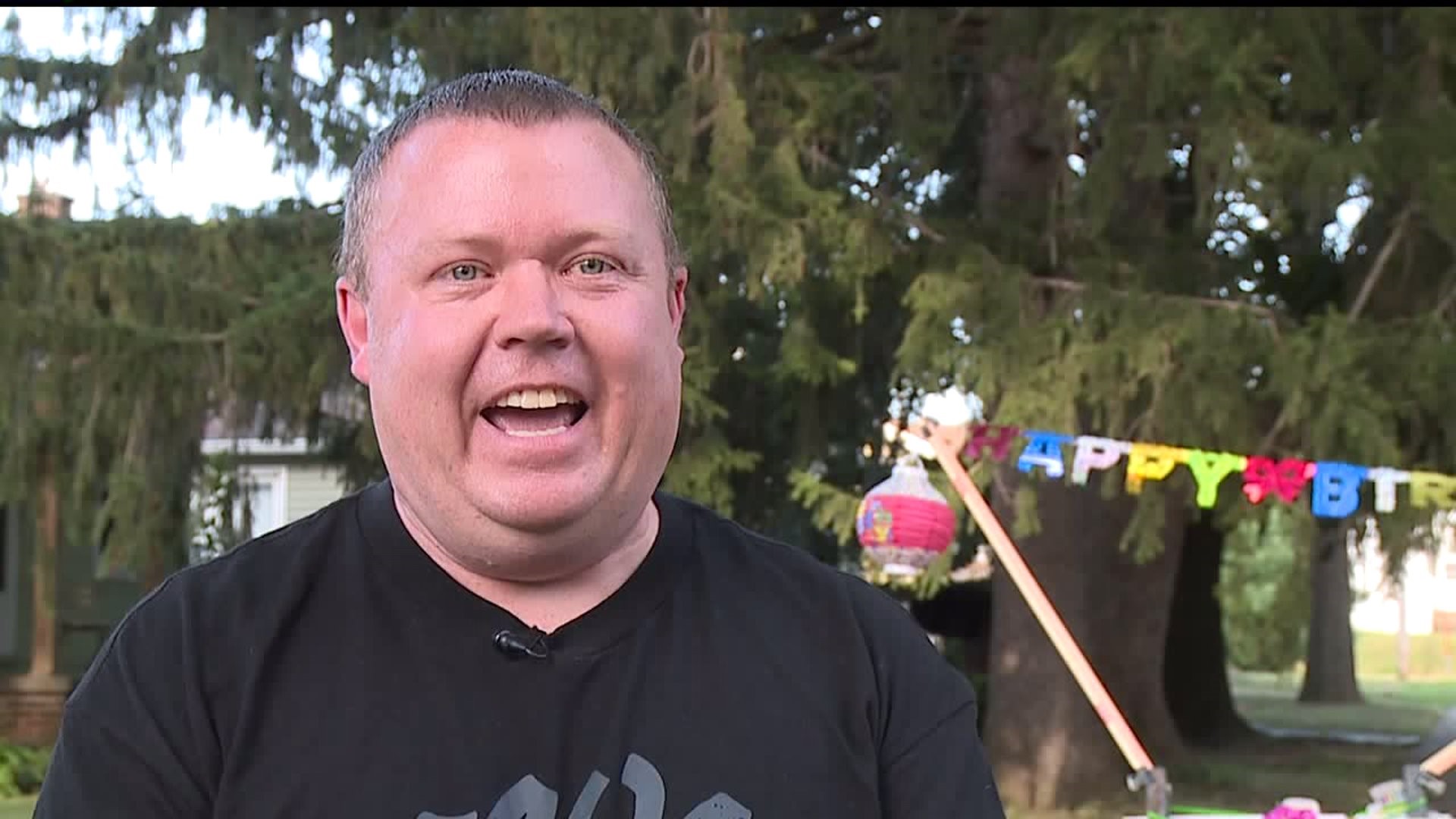 MOLINE, Illinois -- At 23rd Avenue Court in Moline,  a sidewalk that was torn up in February of 2018 after a water leak never got patched up. Up until Thursday morning, it had been guarded only by a lonely constructon barrier.

"We had a water main break here in February 2018," he said. "The city came out and took care of the water main and put the barricade up. From there it sat there until mid-November, and I said, well I’m gonna have some fun with this. So I decorated it for Christmas."

He thought it would be a riot if city crews returned to a seasonally decorated barriade, complete with Christmas lights he lit with a cord running across the street from his house.

Christmas came and went, seasons changed, no crews came. Hart missed New Year's, but he was back out decorating the barrier when he saw Valentine's Day decorations at the Dollar Store.

Having to dug a trench to get to it through several inches of snow, "that’s when it really escalated in my mind." he laughed.

Hart nicknamed the road barricade, "Moe the Moline Construction Horse," and adorned him with green for St. Patrick’s Day, eggs and bunnies for Easter, blue and red for Memorial Day.

Moe went through all the seasons all the way through Independence Day. Hart thought it was a good time to take the prank to the next level.

"I printed up a certificate of adoption and framed it, so that’s pretty legit," the dad of four human kids said of his ultimate dad joke.

"We formally adopted Moe into the family. My son has offered for him to sleep in his room. My mother in law invited him to Thanksgiving."

Hart says it was all in good fun, and not his intention to call out the City of Moline in any way.

But another neighbor finally did make call this week.

"I kind of waited and see. It’s been too long," said Kelly  Payne. She worried the neighborhood had been forgotten.

It's not clear why Moe has been around for so long. The city's water division typically handles these projects from beginning to end, employing contractors to get the job done, said Rodd Schick, Moline's General Manager for Municipal Services. He told News 8 he had just received a request to see if city crews would be able to come out sooner than contractors could. He dispatched crews Thursday morning and the sidewalk was patched up.

Hart asked crews if they would let Moe retire at his home. The city declined and took Moe with them.