They raised more than $2,000 for Kovi’s family at the fundraiser, with game opponent, Galesburg High School, raising more than $800. 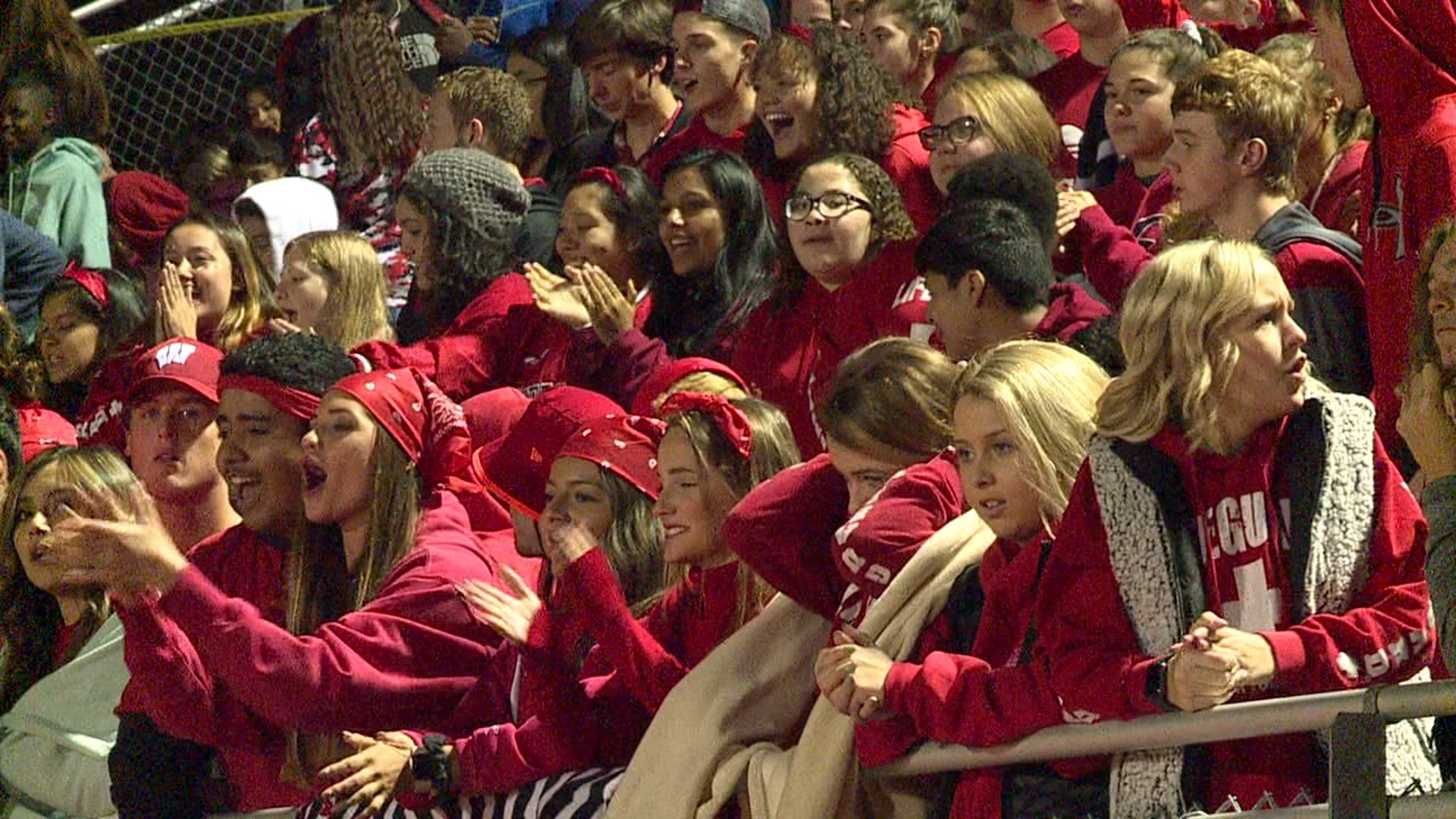 MOLINE, ILLINOIS  --  Moline High School students flooded the bleachers at the October 4th football game in a sea of red.

It's all for sophomore player, Dakovion Kennedy, who is fighting a mystery illness at Old Saint Francis Hospital in Peoria. Students at school are rallying together for the player.

"We are wearing red for Kovi, because it's his favorite color," Moline High School junior Kristen Braham said.

"Everyone was ready to support him," Moline senior Sam Monroe said. "His friend group has been taking it pretty hard and the football team is planning on going to see him this weekend."

The school is doing more than wearing red in the stands, they are raising money for Kovi's family.

With a table on the field, they collected cash and raffled off a silent auction.

"I know for a fact that if it were my child, they would be right there doing the same thing."

"At the end of the day when something like this happens, everyone kind of comes together," Monroe said.

This fundraiser is in addition to the almost $10,000 already raised.

"This could happen to anyone," Abney said. "You can be at practice one day and in the hospital the next day. You don't know what to expect."

"Hopefully he's just worrying about fighting and getting back to health right now," Monroe said.

They raised more than $2,000 for Kovi's family at the fundraiser, with game opponent, Galesburg High School, raising more than $800.