Lydia Ziegler helps local mailmen and women stay cool with drinks and snacks on her doorstep. Now, she’s being recognized at a national level. 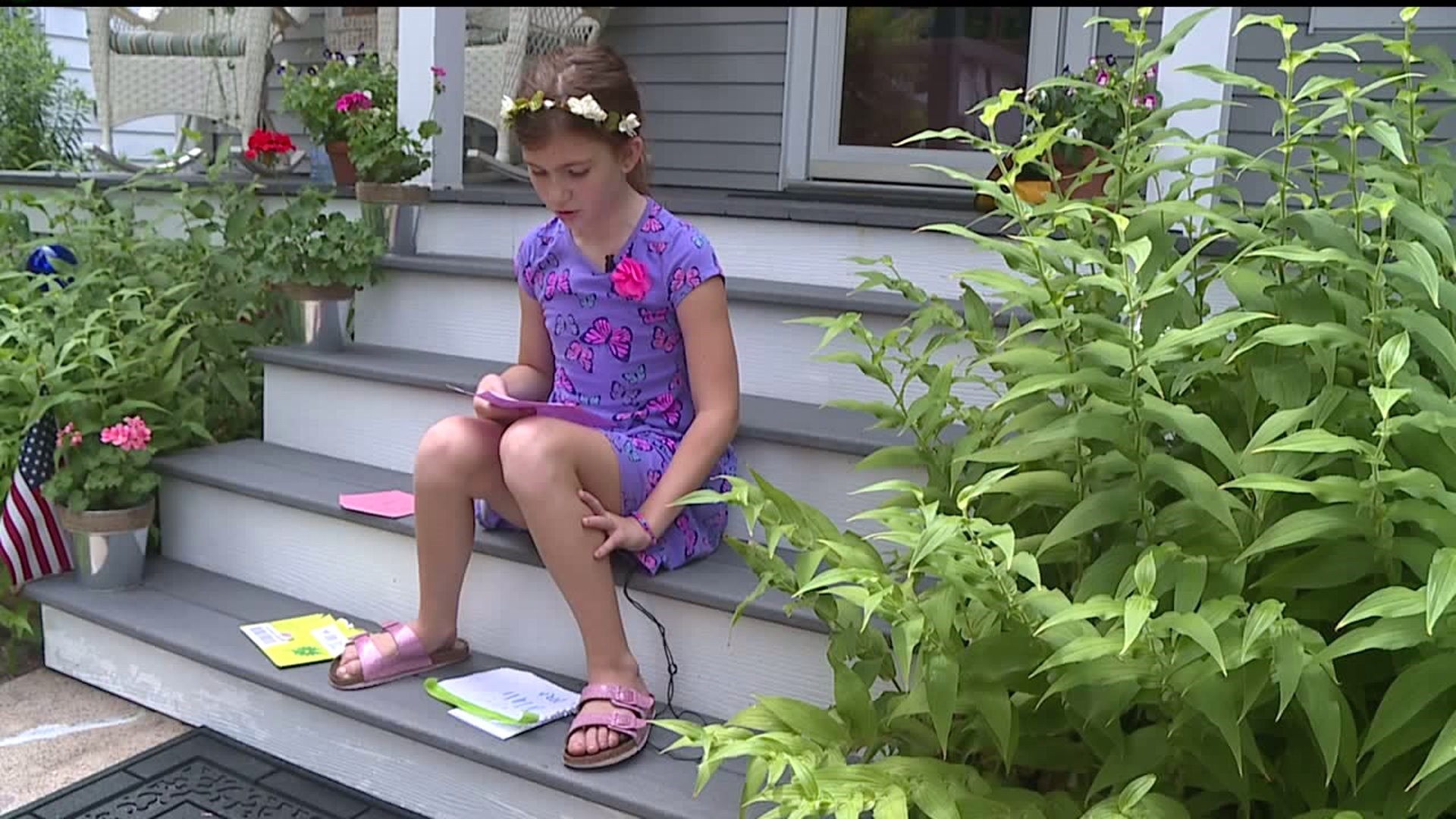 MOLINE, Illinois – This summer has given everyone their fair share of heat and humidity, which has made it brutal for mail carriers.  But one Moline nine-year-old girl is always thinking of others even if they’ve never met.

Lydia Ziegler and her grandmother Dawn Ziegler got the idea to put together a cooler full of drinks and snacks for their mailman after they saw him having a rough day during work.

“One day we looked out there and seen him in his truck and he was just drowned with a towel,” Dawn remembers. “So, we were like – let’s power it up a little bit.”

Most days during the week, Lydia and her grandmother pack up the cooler in the kitchen.  Once it’s ready Lydia will set it on the porch for when the mailman comes along with a note.

“It’ll say enjoy or something, and if it has the same note as before he’ll know I’m not here,” Lydia comments, explaining those are the days her grandmother is the substitute.

Lydia has been consistent with her good deed all summer, but she likes to remain anonymous.

“They know I leave the stuff out, they don’t actually know me in person,” explains Lydia.

Lydia leaves a cooler out for at her grandmother’s house, her own house, and her other grandparents’ home in the Quad Cities. After time passed, she began to receive some recognition of her own.

Recently she’s received letters from her mail carriers, the Moline Postmaster, and even the United States Postmaster in Washington DC, which – she believes – took the cake, to thank her for doing a good deed.

“I was so shocked my mind was blown,” Lydia recalls. “I was so happy I was about to scream.”

A small act of kindness from a nine-year-old who doesn’t let mail men and women go unnoticed for a job well done.

Lydia says when it gets cold she’ll consider continuing the packages and include hot chocolate instead of water and Powerade.