On Tuesday 14-year-old Christopher Bunch passed away after being diagnosed with ADEM disease, a condition that attacks the brain and spinal cord. 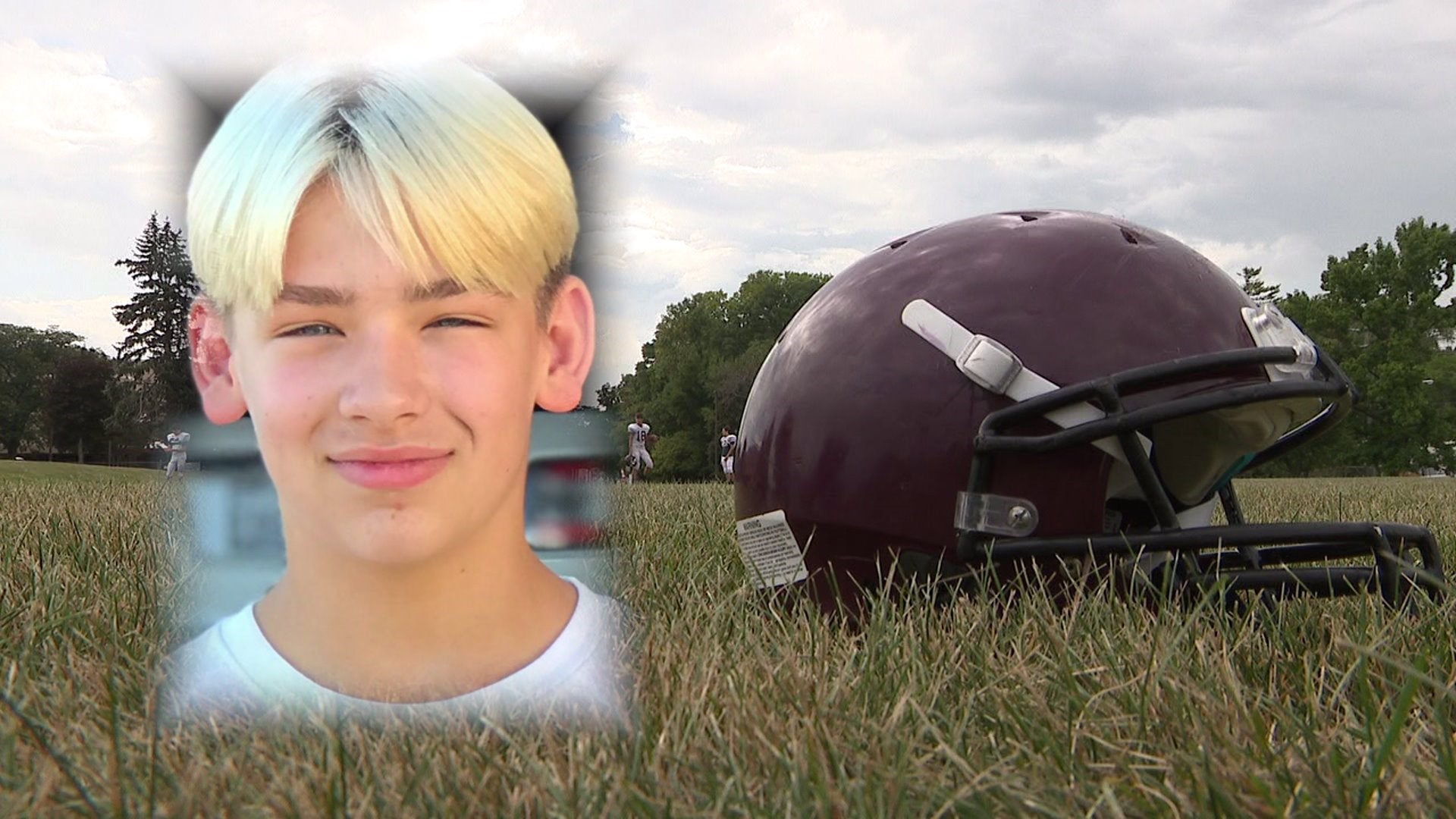 MOLINE-- It's the second week this group of teens have spent giving it their all out on the football field, it's their first season as Moline Maroons.

It's the second week, though, and this team has already faced the biggest loss of the season, the loss of one of their own.

On Tuesday 14-year-old Christopher Bunch passed away after being diagnosed with ADEM disease, a condition that attacks the brain and spinal cord.

"About half way through practice, he said his head was dizzy. So he sat over to the side on the sideline," says freshman teammate Bryan Comp.

From there things escalated within a matter of hours. And now this team is one man down.

"He touched a lot of lives, talking to the kids, listening to what they're saying," says Moline Freshman Coach Matt Woods.

"Chris was always full of energy. He was always in a good mood. He'd always be the person to brighten up your day," says Witte.

"He liked to stay positive and think about his future," says teammate Caiden Foutch.

Now this team holds onto memories and tries to lift up Chris' family.

"Whatever they need, we'll be there to support them," says Coach Woods.

Now they huddle together, yelling 'Bunch' on three. This season, they're doing it for Chris.

"100-percent I will be giving my total effort for Chris. I'll be playing for him," says Comp.

"We're going to dedicate the season for him; try to get as many wins as we can, try our best for him," says Witte.