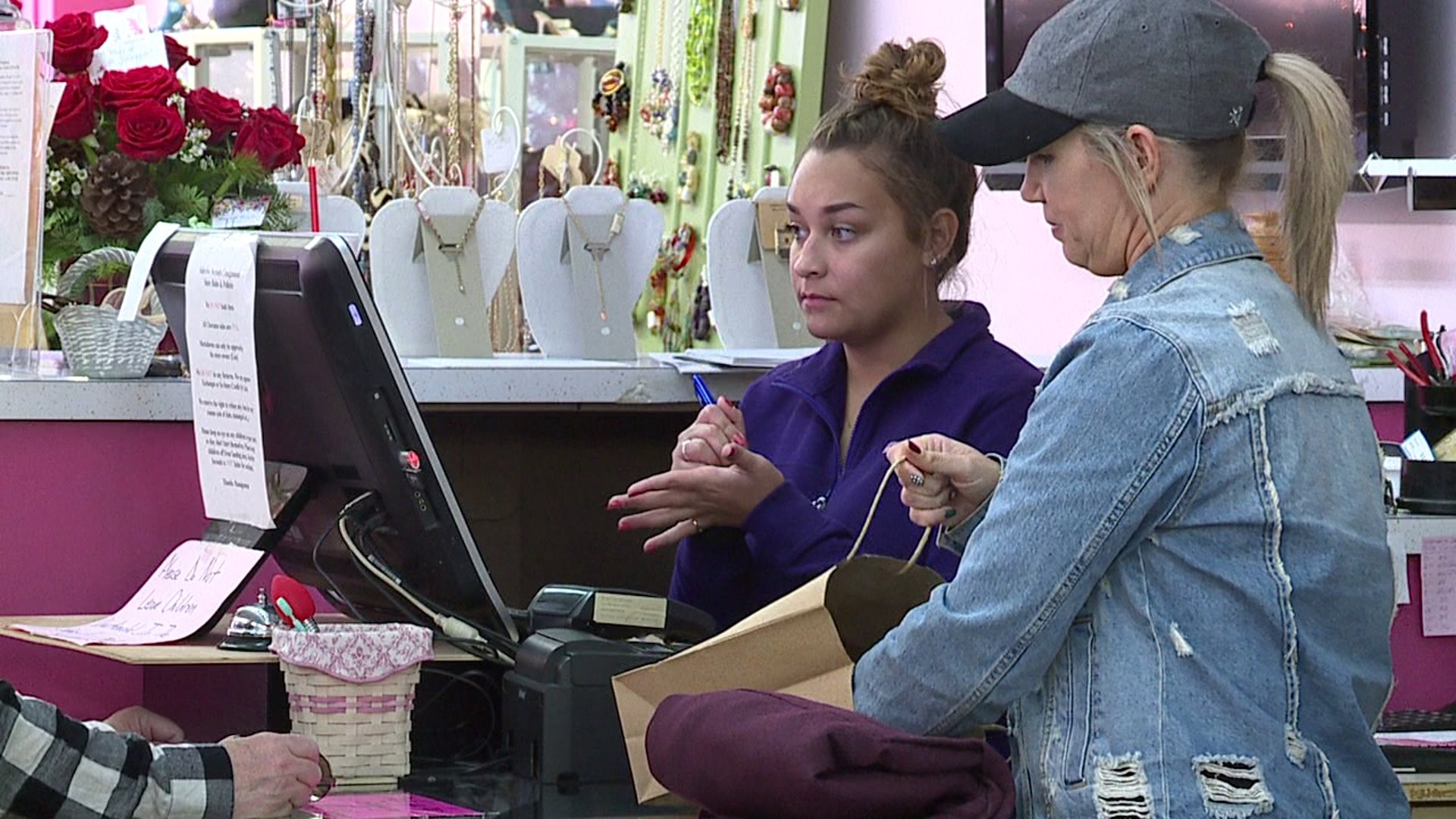 MOLINE, Illinois-- A Moline consignment owner worries online sites like Facebook Marketplace and Poshmark are taking away customers, both people looking to sell their gently used clothes and those looking to buy. But there could be a way for brick-and-mortar stores to stay successful in an increasingly digital marketplace.

Lisa Broer, the owner of Selective Seconds on Avenue of the Cities, says she loves working with customers, finding them new outfits.

"They've become like family to me," she says. "I've gotten to know some of them from the day I opened and they're still with me."

Broer takes gently used clothes and accessories, selling them in her store.

"You can bring in the items that you no longer wear and you get a percentage for what they sell for," she says. "Also the whole recycling thing, that's amazing."

Broer took over Selective Seconds 13 years ago. She's seen many changes, but one is making it difficult for consignment stores to stay open.

"When I opened, online shopping wasn't as popular as it is now," she says. "The girls seem like they'd rather sell their items online and sell them on their own."

She says Facebook Marketplace and Poshmark offer convenient ways to sell your used items,  but it doesn't put money back into the local economy. She says she's seen other consignment stores close.

"I hate to see a small business fail and not be able to make it just because of the struggle with online shopping," she says.

Investment consultant Mark Grywacheski says online shopping accounts for 10 percent of sales, while retail stores make up the rest. But he says that 10 percent grew quickly over a few years, making it hard for local brick-and-mortar stores to keep up.

"The Facebook online shopping place or Amazon or other online places to shop, it's really being driven by the consumer. And the consumer is demanding lower costs and prices. They're demanding convenience," he says.

Grywacheski says brick-and-mortar stores have to find the balance between in-store and online sales. But even more important, they need to give customers a reason to come in in-person.

"They also have to provide a value, a reason for customers to be drawn into their store," he says.

Broer says her store definitely has something to offer the internet can't.

"We try to display everything just so they can get a better eye for it," she says. "(Customers) wouldn't know, 'Hey that purple scarf goes with that yellow shirt.' You don't see that online."

Displaying clothes on a mannequin can get it sold more quickly.

"These online sites, you have to ship your items, so you have to pay for that also," she says. "Let me display your items for you, and it'll work out better in the long run."

Broer says she's looked at selling items online before, but it was time-consuming. But she says it's something she's going to look into again in the near future.

For now, she says Selective Seconds isn't going anywhere as long as customers keep coming back.