The position opened after current Superintendent Lanty McGuire announced his retirement in September, 2018. 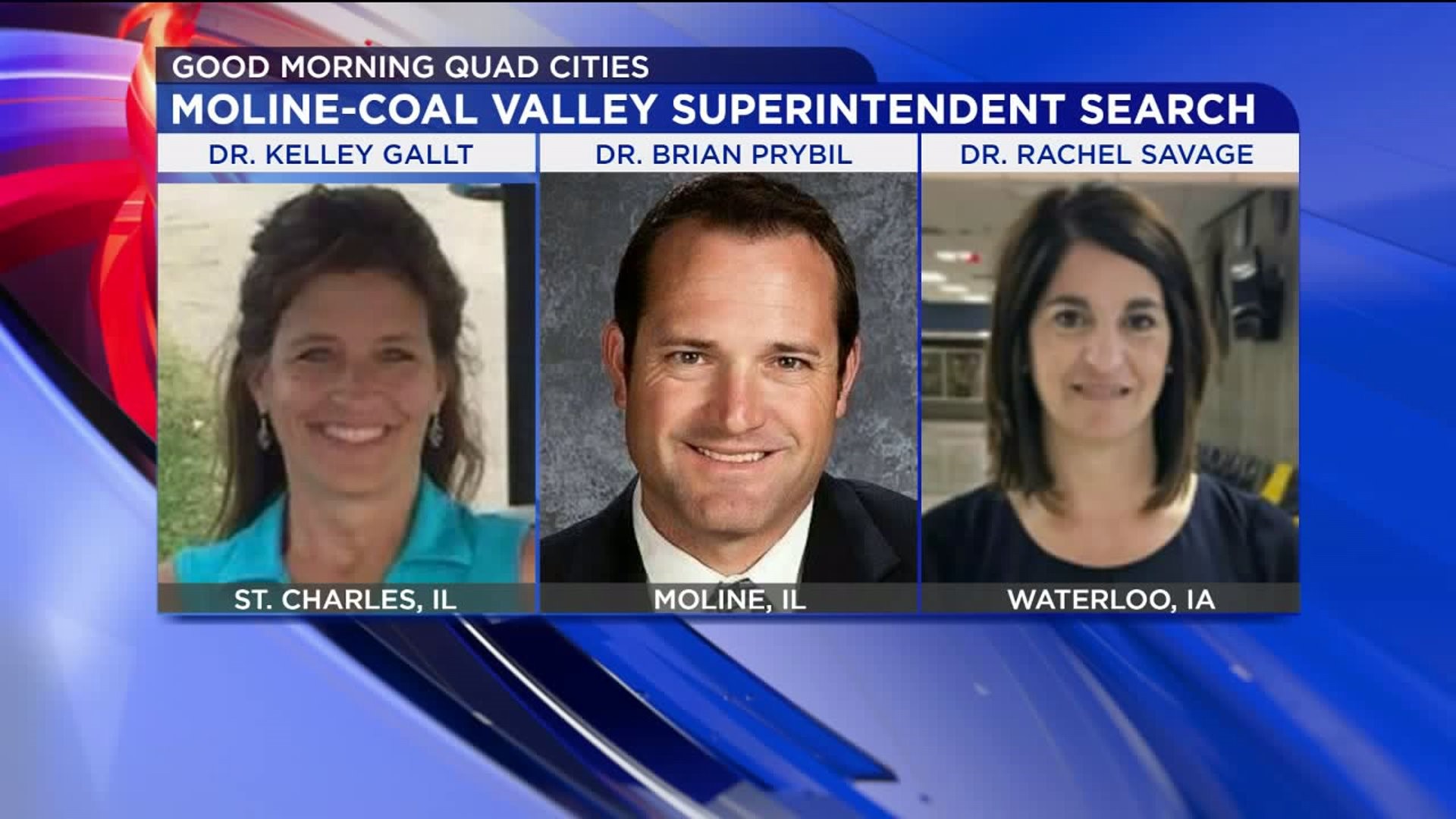 MOLINE, Illinois -- The Moline-Coal Valley School District Board of Education announced the names of the three candidates that will advance to the final selection round for the district's superintendent position.

The board narrowed the search down out of a pool of seven candidates, according to a press release from Kate Shaefer, president of the board.

Shaefer said the board will conduct a second interview with each finalist the week of Dec. 10 and go through an "extensive vetting process." The position will be offered by Jan. 14, 2019, and the successful candidate will start next school year.

The position opened after current Superintendent Lanty McGuire announced his retirement in September, 2018. He is finishing out the school year.

Here are the names of the candidates: