“It has been an amazing debate, an amazing conversation for parents and school members. In the last four months, more people have talked about the educati... 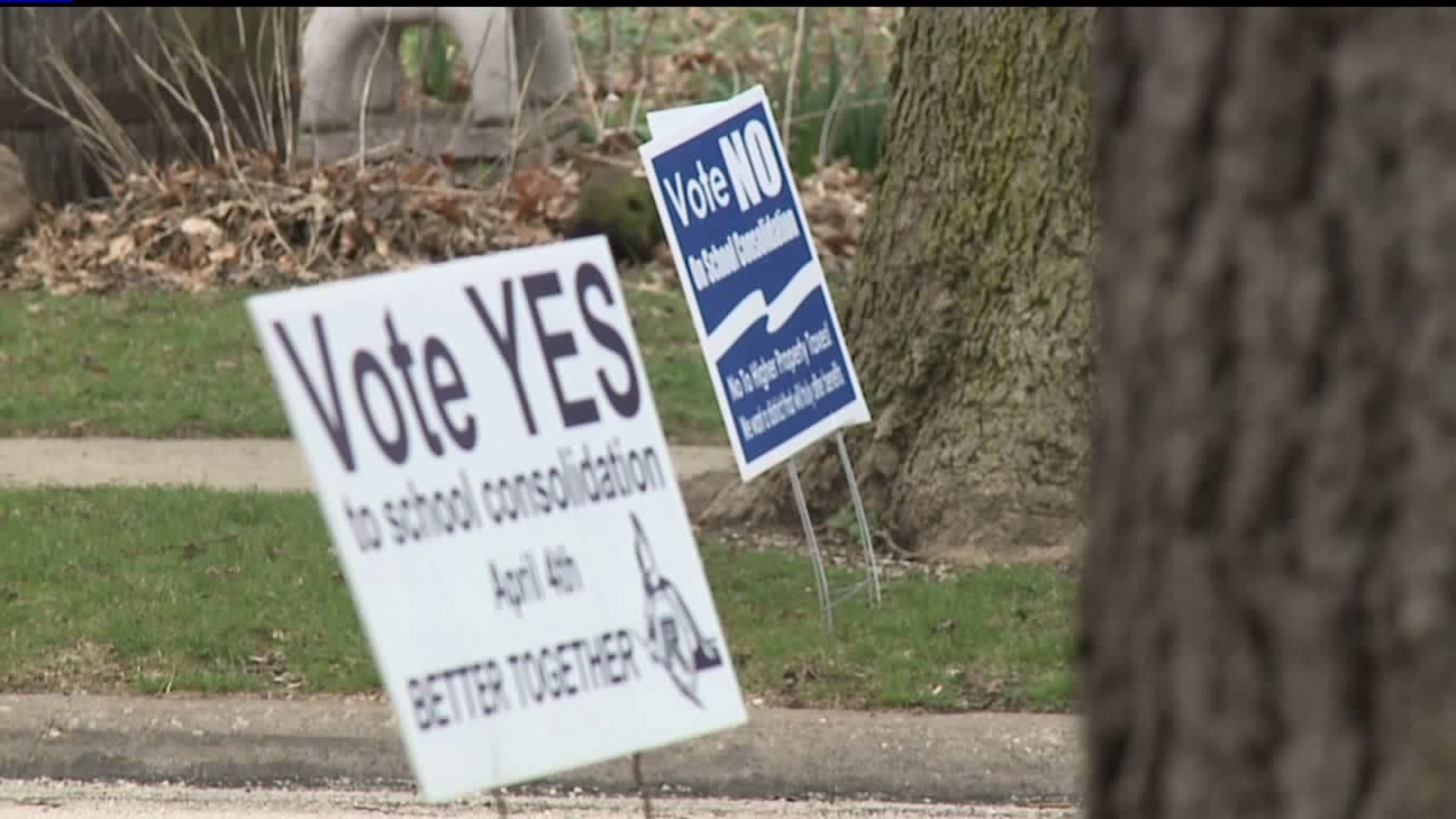 HENRY COUNTY, Illinois-- No matter the town, no matter the street, neighbors everywhere are picking sides. The question is to join two school districts together or keep them separate.

That's what voters in the Cambridge and AlWood school districts will decide on Tuesday.

Supporters say if the schools consolidate, students would have more choices in classes.

"Because of the size when you combine more teachers, students, there's more options for them," says consolidation supporter Kristi Verheecke.

But others say that may be true, but that's not guaranteed.

"But we really don't know for sure the curriculum that could be added," says Roxanne Bringolf who is voting no.

I's more than a merger vote. If approved an entire new school board would be created to represent the new district. That group would make decisions like which school will be used for what. It's who will hold those positions that has some people worried.

"I think a lot of people are concerned that Cambridge would hold the entire board and AlWood wouldn't have enough voice in it. I think that would be a very big problem. We are a much smaller voting district than Cambridge, and that's very possible," says Bringolf.

Others are leaving it to good faith.

"I truly trust that those people from Cambridge that are running for the new school board will make the best decision not just for their child from Cambridge but for my child," says Verheecke.

Despite the disagreement, two communities are talking again about their schools.

"It has been an amazing debate, an amazing conversation for parents and school members. In the last four months, more people have talked about the education of their child than ever before," says Cambridge Superintendent Thomas Akers.

If the districts were to merge, property taxes would go up slightly.

There are also concerns over longer bus routes for students if the merge happens.

In order for the merge to pass, there needs to be a majority vote in both the Cambridge and AlWood districts.