Military dropping hay from helicopters for cows stranded by floodwater 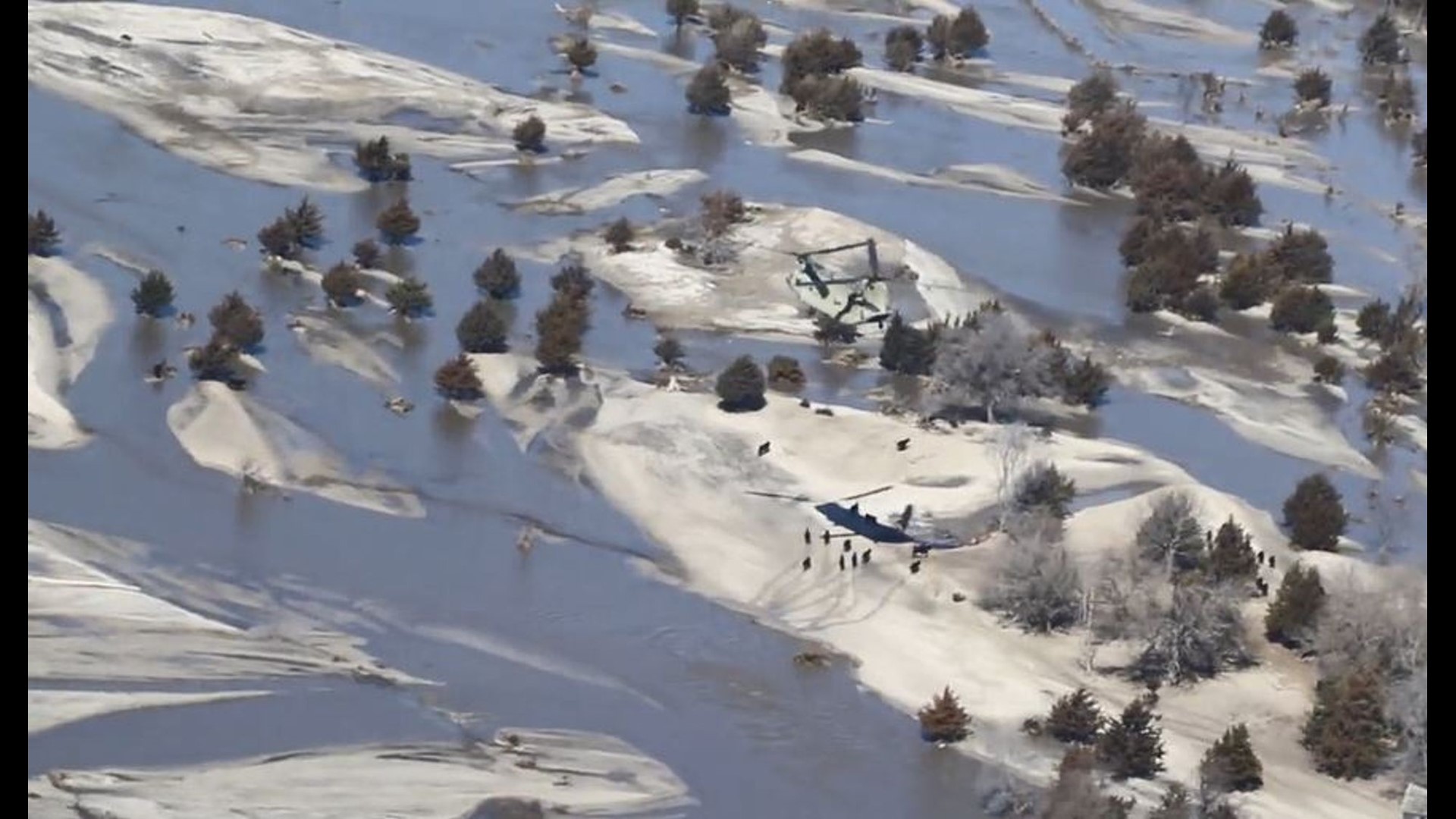 The video shows hay bales falling from hovering helicopters onto prairie fields inundated with floodwater. Cattle can be seen walking through water.

The flooding "has caused catastrophic damage to the state’s infrastructure, agriculture and personal property," the post says.

Eastern Nebraska and Western Iowa have both experienced major issues in regards to flooding. In Iowa, an interstate was covered in some spots with floodwater, and a passenger train route was shut down and rerouted.

In Nebraska, at least three people have been killed

"Thank you to all the military men and women who are helping the Nebraska farmers and ranchers," the Illinois Farm Bureau said in a Facebook post.