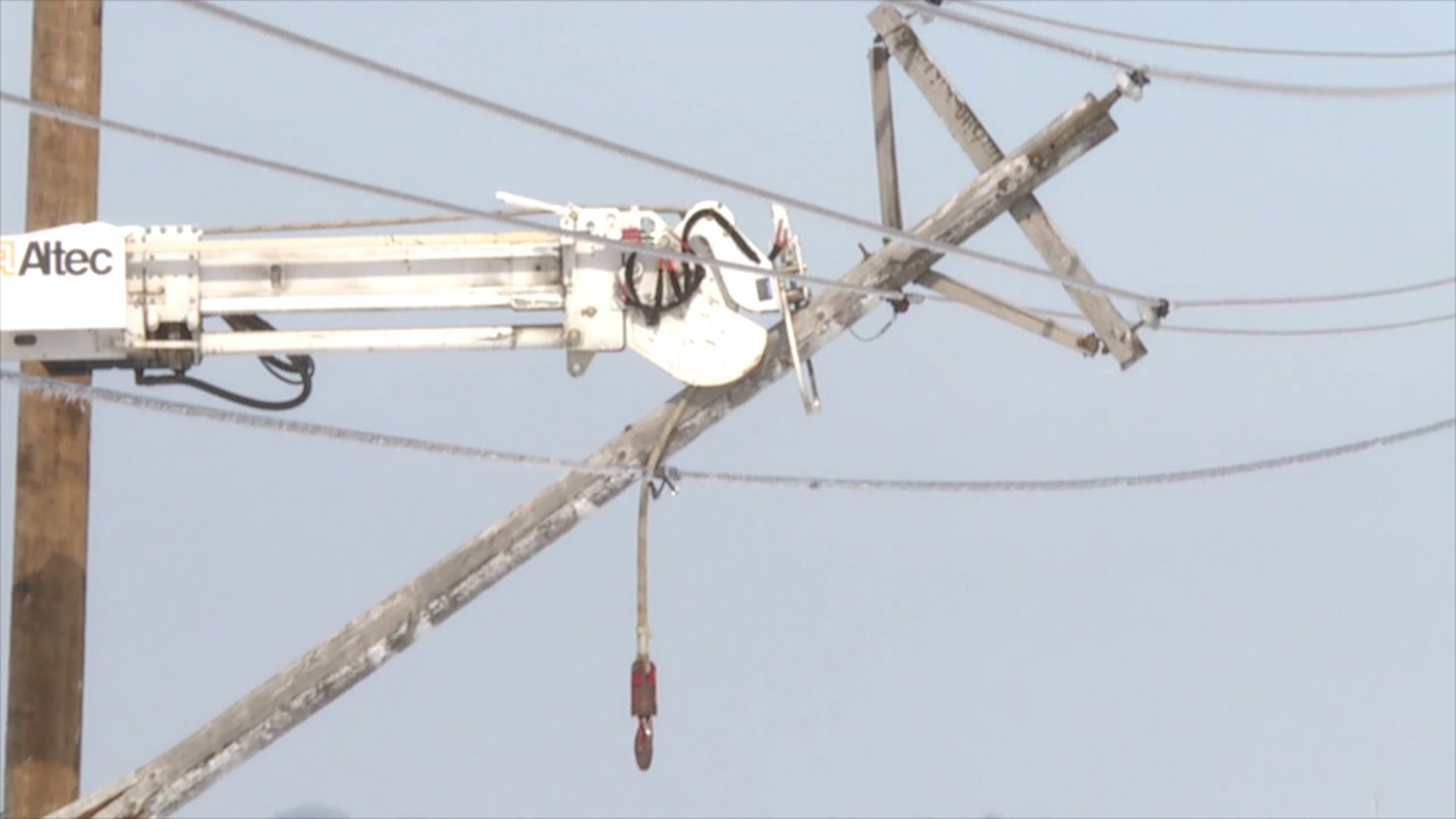 ANDOVER, Illinois -- Wind and ice caused power lines and poles to snap on Osco Road in Henry County during Tuesday, February 12th's, winter storm. Still, the dangerous conditions did not keep power crews from getting the job done.

During Tuesday's storm, the entire town of Andover, Illinois lost power twice. While it was restored overnight, the work was far from over the next day. On Osco Road, more than a dozen power line poles were knocked down by the strong winds and icy conditions.

"So when the wind starts blowing it starts to get all that momentum going.... it has a domino effect," Watt said. "Once one goes down then they're going to keep snapping."

Mitch Salek, Electric Operations Supervisor for MidAmerican Energy said nearly 30 crew members were out on Wednesday on Osco Road alone. He said most of them working close to 32 hours in the last 48. However, the white out conditions made getting the job done even harder.

"It`s so cold, it`s hard to move as fast as you want to and do the things that you would on a nice sunny day," Salek said.

Despite the dangerous conditions, crews worked through it to restore power when it was needed most.

"Sometimes it goes unnoticed but I mean that's our job, that's what we're here for. That`s what I signed up for," Watt said. "When people come up and thank us, for what we do, I mean that's the best thing about this job. I mean the nights are long but when we hear people say thank you I mean that means a lot to us really."