Archive: Who's keeping Modern Woodmen Park green in the middle of the Mississippi River

Someone has to keep the field of Modern Woodmen Park looking fresh and green among the flood waters, that’s where Head Groundskeeper, Andrew Marking, come... 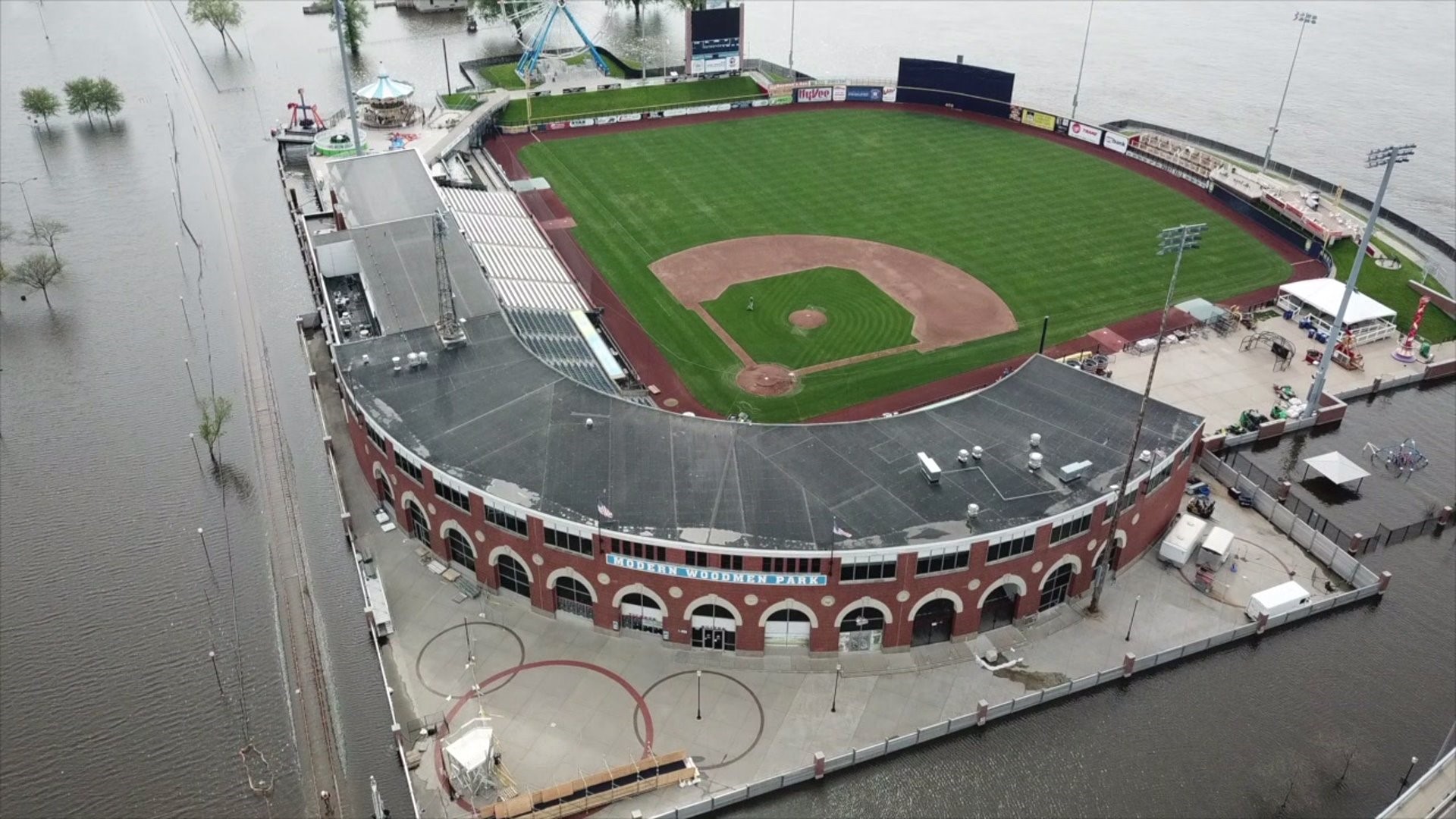 DAVENPORT, Iowa – The green island of Modern Woodmen Park has become one of the most iconic images of the flood of 2019.

The ballpark hasn’t seen a game played in the past few weeks, but someone still needs to keep the grass green and trimmed.  That person is Head Groundskeeper, Andrew Marking, who shows up to his own island oasis everyday, even during flood season.

“I take care of everything inside the fence,” Marking explains. “The field still needs to be taken care of.”

Marking is the artist behind the green diamond in the rough of the Mississippi flood waters when you look at aerial footage.  He’s out on the field for four to eight hours everyday mowing, fertilizing, and spraying.

The ballpark has only had five game days this year, which has given Marking some extra time on his hands.

“Seeing those earlier drone shots sort of pushed me to do a few things,” says Marking.

When he sees aerial footage of the flood, he challenges himself to mow new patterns and pinpoint his mistakes.

“Especially from some of those earlier drone shots, up above where the field didn’t look so great,” clarifies Marking.

And although the ballpark seats should be filled with thousands of fans, he’s embracing the alone time so he can continue working on his 2019 flood masterpiece.

The River Bandits hope to be back playing ball in Modern Woodmen Park this weekend.  They are finishing up their series against the Lansing Lugnuts in Iowa City.