(CNN) — A £5 ($6) purchase turned into a major windfall for one family following an auction in London on Tuesday. The Lewis Warder, one of the most famous... 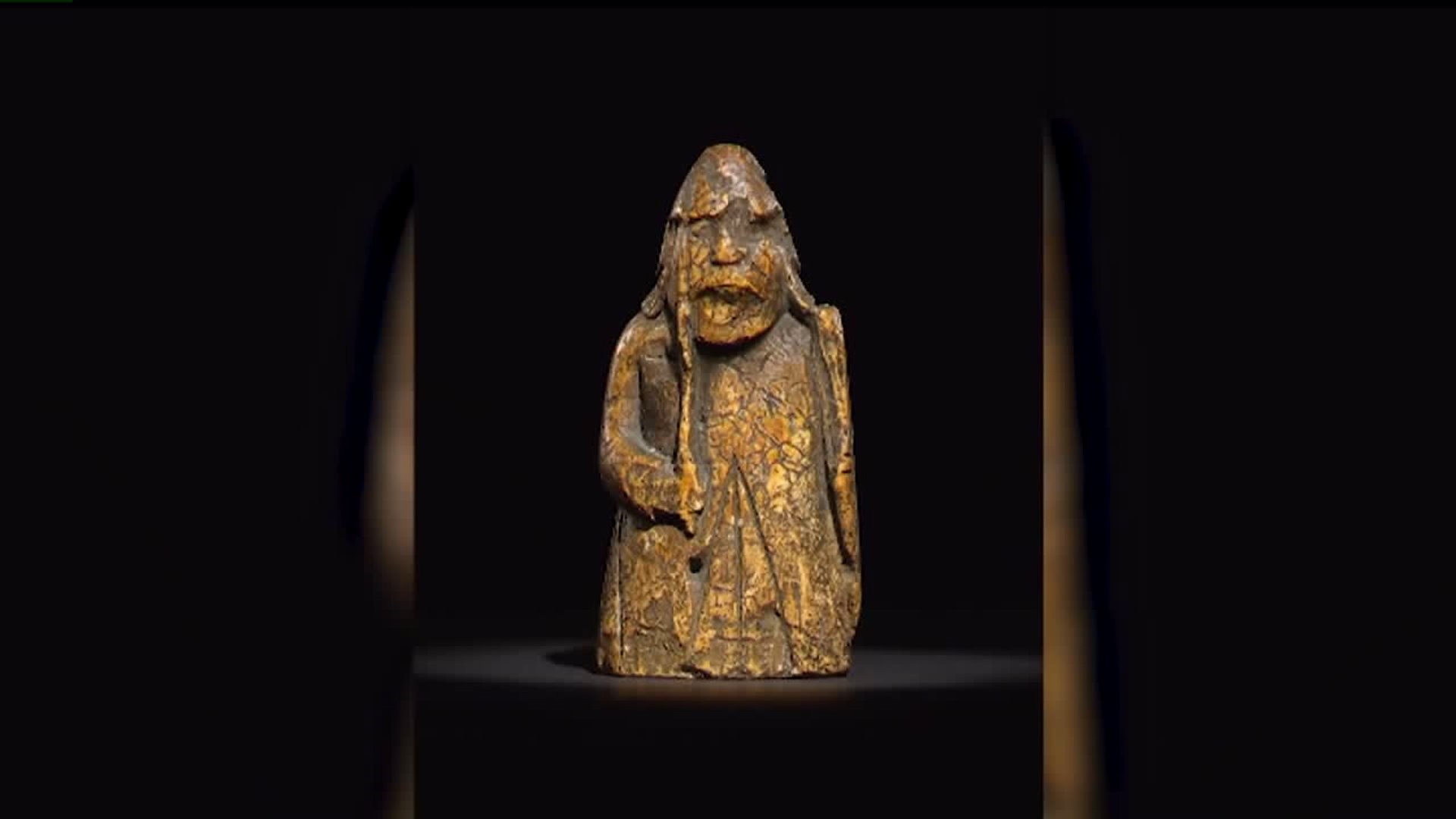 (CNN) -- A £5 ($6) purchase turned into a major windfall for one family following an auction in London on Tuesday.

Part of the Lewis Chessmen set, it was previously acquired for $6 by an antiques dealer in Scotland in 1964.

Its medieval provenance apparently unknown to the buyer, it was stored away in a drawer, where it remained for 55 years. Then, the late owner's family had it assessed by Sotheby's and decided to sell -- the first time that one of the Lewis Chessmen has been auctioned.

The 3.5-inch warder is a bearded figure with a sword in his right hand and shield at his left side. In modern chess, it would be the equivalent of a rook.

A spokesperson for the family, which wishes to remain anonymous, said in a statement that the warder was cataloged in the antiques dealer's purchase ledger as "Antique Walrus Tusk Warrior Chessman."

"From this description it can be assumed that he was unaware he had purchased an important historic artifact," the spokesperson said. "It was stored away in his home and then when my grandfather died my mother inherited the chess piece."

The chessmen were found on the Isle of Lewis in Scotland's Outer Hebrides in 1831, but the circumstances of their discovery are shrouded in mystery. With 93 pieces found -- the majority carved from walrus ivory -- the set was missing one knight and four "warders."

The leading theory about their origin is that they were carved between the late 12th and early 13th centuries in Trondheim, Norway, Sotheby's said in a press release.

Of the 93 pieces discovered in 1831, 82 are in the British Museum in London, while 11 are in the collection of the National Museum of Scotland in Edinburgh.

The Lewis Chessmen are "steeped in folklore, legend and the rich tradition of story-telling," Sotheby's said in a press release, adding that they are "an important symbol of European civilization."